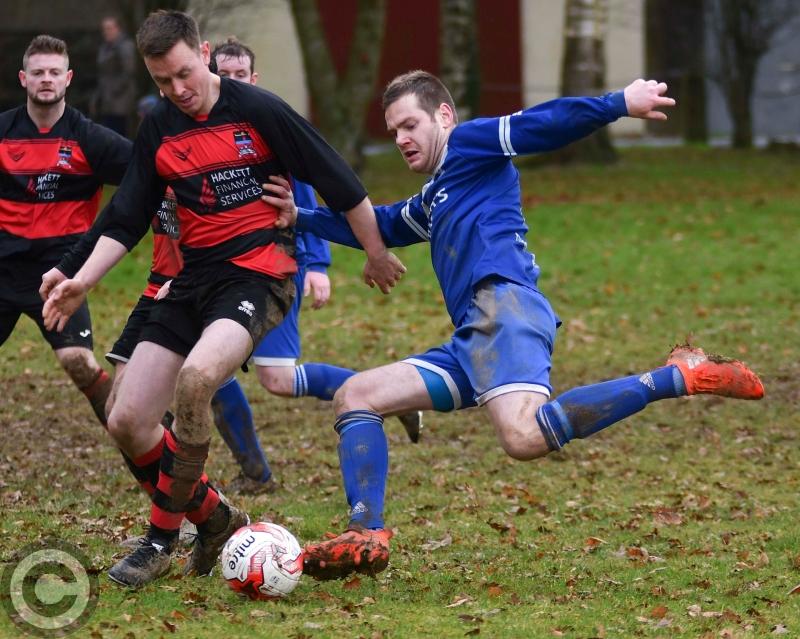 You’d have to forgive Thomastown United for not having any patience at the minute - they just can’t wait to enjoy the biggest day in their club’s history!

United are currently counting down the hours until they welcome Ireland’s most successful club, Shamrock Rovers, to their home for a Leinster Senior Cup clash on Saturday.

The game, which kicks-off at 2pm at United Park, will see the League of Ireland giants come to Kilkenny to take on  Thomastown side who have been pinching themselves since sealing their fourth round berth with a win over Navan Cosmos.

However, it’s not just the players who will be rewarded when Stephen Bradley’s Hoops take to the pitch.

“This promises to be the biggest day in the club’s history,” said Richard Watson who, along with Stevie Walsh, has led United to this glamour tie.

“The work that’s gone on behind the scenes has been amazing,” he continued. “Guys like our groundsman Declan Skehan, Willie Lannon and Larry O’Neill are just some of the people who have worked so hard to provide these facilities for the players. This game is for them.”

And United are hoping to give a good performance in Saturday’s big game.

“Confidence is high in the camp,” he said. “The players are really looking forward to this game. We will have our plans in place, with all bases covered for whatever Rovers bring.”

Thomastown warmed up for the Shamrock Rovers game in style, booking their place in the Maher Shield semi-finals thanks to a 5-3 win over Highview Athletic.

The hat-tricks weren’t limited to Thomastown, as Eddie Nugent’s treble saw Fort Rangers blast their way to a 4-1 win over Freebooters B on the Fair Green.

Nugent struck twice in the first half to start a miserable morning for ’Booters, who spurned a chance to pull a goal back when Paddy Kiely missed a penalty. Nugent completed his hat-trick five minutes into the second half, with Liam Forristal adding a fourth, before Shane Kelly grabbed a consolation goal for the hosts.

Deen Celtic also booked a final four berth when they beat Stoneyford United 4-0. Scoreless at half-time, the visitors hit top gear with four goals in little over 20 minutes after the break.

Colin Phelan shot them into a 64th minute lead after some good work from John Doheny. Phelan turned provider for the second, setting up Stephen Daly before Phelan grabbed his second goal after getting on the end of a Peter McPhillips cross. The result was sealed when Mark Delaney found the net with a shot from outside the box four minutes from time.

Evergreen missed the chance to join Thomastown United in the fourth round of the Leinster Senior Cup when they bowed out to Firhouse Clover on Sunday morning.

The Dubliners took the spoils with a 3-0 win, a result which earns them a home tie against Longford Town.

The big league win of the weekend saw Ormonde Villa clinch promotion from Division Three thanks to a last-gasp win away to Deen Celtic.

The result, Villa’s fifth win on the spin, was enough to join leaders Ballacolla in Division Two next season.