Kilkenny teen called up for Republic of Ireland duty 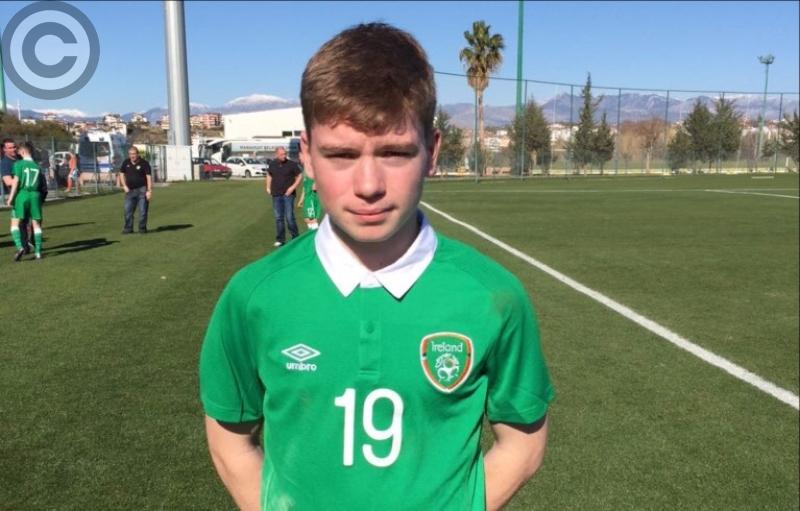 Kilkenny's Ciaran Brennan will take on Hungary as part of the Irish under-17 squad.

Kilkenny's Ciaran Brennan will have the chance to add to his haul of international caps at the double this week.

The Bennettsbridge teenager has been named in Republic of Ireland under-16 coach Paul Osam's squad for two friendly internationals against Hungary in Galway and Ballinasloe this week.

Brennan, who recently joined Waterford FC's under-17 side from his local club East End United, will be part of the Irish squad who travel to Ballinasloe Town's Curragh Grounds for the first game tomorrow (Tuesday) at 7pm. They will then head to Mervue United's ground for the second game on Thursday at 12 noon.

The Irish under-16 side won the Victory Shield in November with wins over Wales, Northern Ireland and hosts Scotland and Osam is looking for similar performances from his squad next week.

"It's nice to be back together with the squad as outside of a friendly against Jason Donohue's under-15s and a Christmas session we have not had much opportunity to work with the players since the Victory Shield," he said.

"We will be looking to continue on the work we've done with the players and what they did at under-15 level last season in these two fixtures then turn the focus on the UEFA development tournament in May before we hand the squad over to the under-17 coach Colin O'Brien for next season.

"The work we're doing is about adding to the players knowledge of international football," he added. "It's also an opportunity for some players that we need to have a look at before they progress to the competitive games at under-17 level.

"The standards the players have reached already this season means that it's a big ask for anybody coming in to this squad but we've seen in the past that some players can be better suited to international level than club football and I'm sure they can adjust.

"We'd be hopeful we can get good results next week but we are more focused on getting the performances required at this level of the game and help with the development of the players."