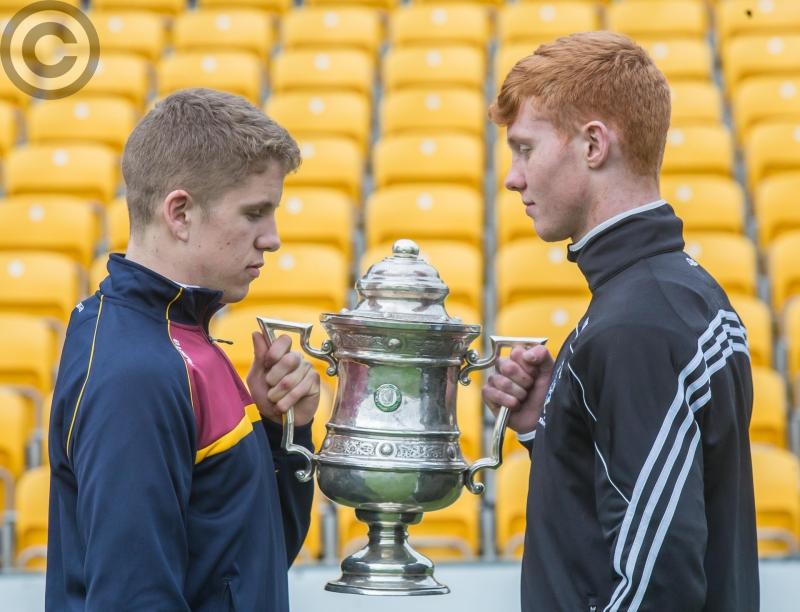 They haven’t had as much preparation time between their semi-final replay and the final, but as far as the CBS are concerned nothing will sharpen the mind like a big clash with Kieran’s.
“It was an unusual last week or so, with a game and a half against Good Counsel but we still have time to prepare for this game,” said CBS mentor Matthew Ruth. “We might not have much hurling time, but mentally there’s loads we can do.”
The CBS are in a good mood ahead of Sunday’s final in Nowlan Park. The venue is just a stone’s throw away from where they beat Kieran’s in the Leinster League final, and impressed when doing so.
“The manner in which we won that game was very similar to the Good Counsel replay,” said Ruth, recalling the 2-12 to 1-13 League final win over Kieran’s, which was played on a weather-beaten day in December.
Patience
“We had to dog it out to win the semi-final, to really stick with it and persevere. Our patience paid off as we got a late goal in both games which helped. Some might say the League is only the League, but winning is a nice habit to get into. It’s nice to have that winning feeling.”
The CBS have been unfortunate bridesmaids to their near-neighbours in the past, but winning that League title may have helped them break the trend.
“We’ve had a few wins in Leinster finals at under-14 and 16 levels, but winning the League will get that belief into this side’s heads that they are well able for this stage,” said Ruth. “Sunday will tell, but I think the team is in a good place at the minute.” 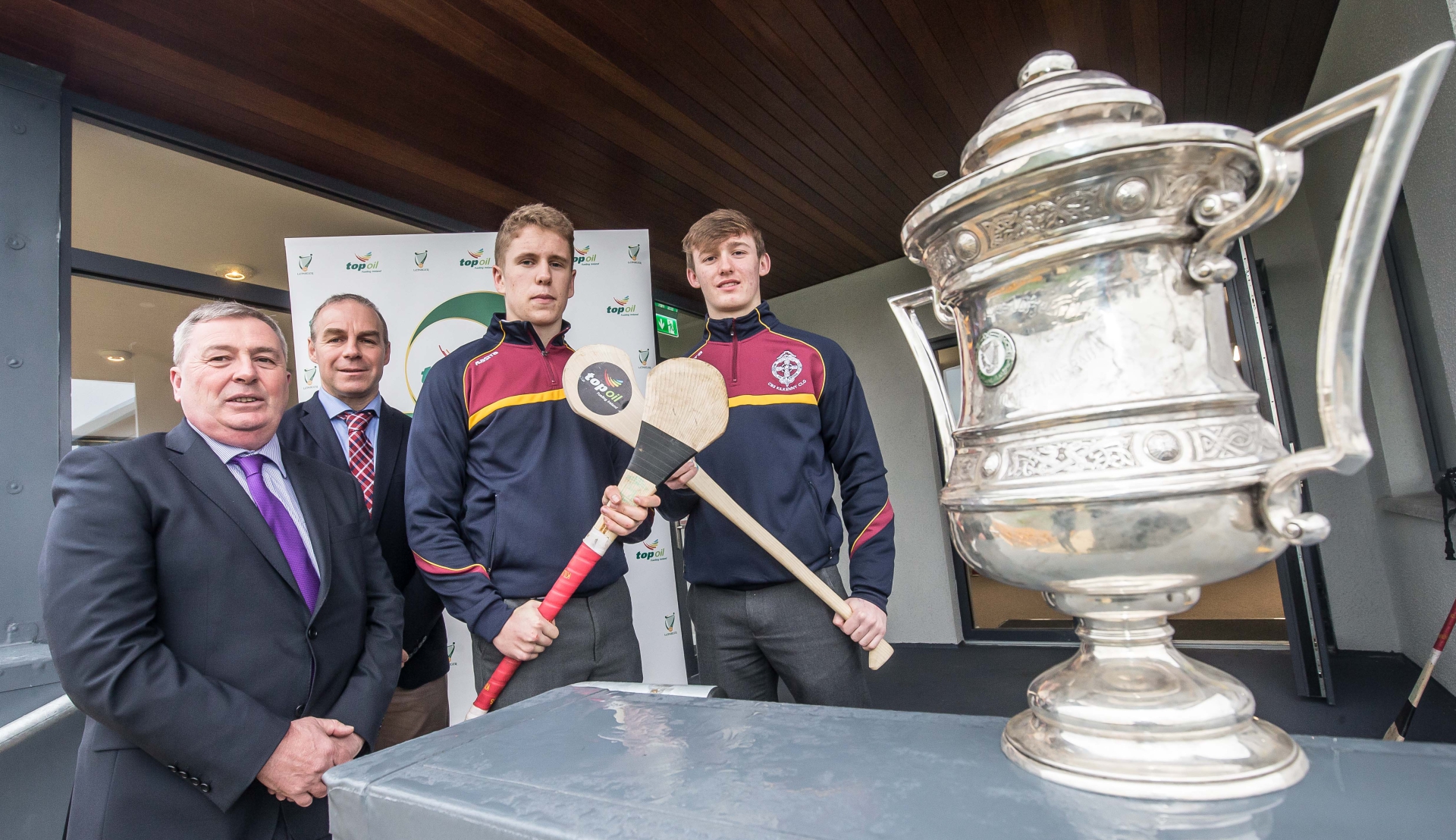 Seamus Grace and Charlie Carter (Top Oil) with Kilkenny CBS players Sean Bolger and Niall Brassil at the press conference for the Leinster Senior 'A' hurling final, which will be held in Nowlan Park on Sunday. Photo: Pat Moore

Beating Good Counsel in their replayed game would be a boost to the team, who worked hard to get the result.
“It was an unusual situation as Counsel got a second bite at the semi-final and really took it,” he said. “They had their homework done and hurled at 100 miles per hour, playing with freedom.
“We played second fiddle to them for a long time,” he added. “It took us a while to get going, but our lads persevered and finished the game well.”
The result kept a good run going for the CBS, with Ruth stating how he and fellow selectors Niall Tyrrell and Seamus Dwyer were pleased with how the team had performed this year.
“We had a good win against North Dublin, beating them by seven points,” he said. “We made things tough for ourselves in the replay against Good Counsel, but we won by six points in the end.
“We’re delighted to be back in a Leinster final,” Ruth added. “Form will go out the window for Sunday’s game - that’s what happens when it comes to games between the CBS and Kieran’s - but we’re thrilled to be competing for that trophy.”
The final is bound to be an interesting one. Intensity always rises a notch or two when the sides meet.
“The atmosphere around Nowlan Park during those games is always very exciting,” said Ruth. “Everyone has a team they support here in the city and that takes things up.”