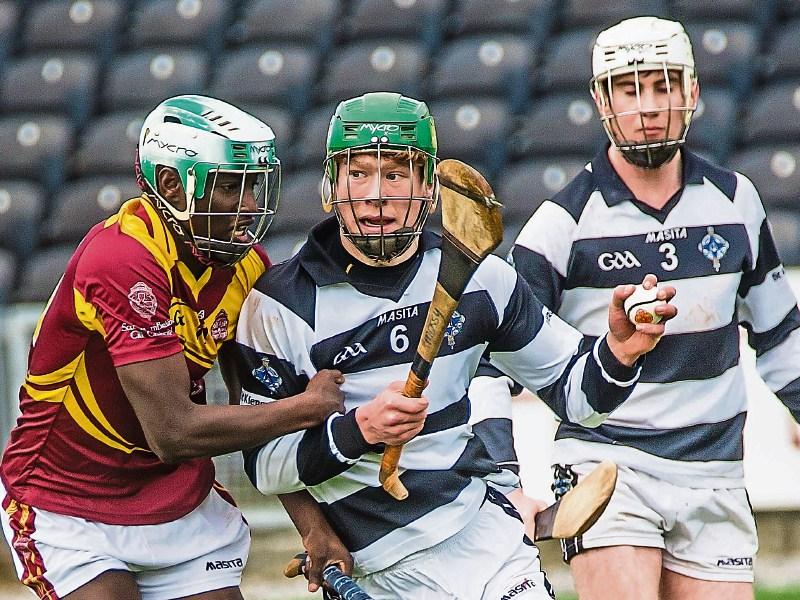 Hurling stronghold St Kieran's College, Kilkenny, have won a magnificent 55 Leinster colleges senior championships and 21 All-Ireland titles, but there is no big secret to the success, apparently.

"We don't take anything for granted," was the simple message from team selector and teacher at the school, Philip Walsh after yesterday's close 1-14 to 0-13 victory over arch city rivals, Kilkenny CBS in the post primary schools Leinster final at Nowlan Park.

"We work hard," Mr Walsh continued. "We look for honesty out of the young lads and we always ask them to do their best. If they do that, there is not much more you can expect from them. There is no magic formula."

A 62nd minute goal from a strike from nearly 60 metres by sub, Sean Ryan, when the CBS goalie appeared to be blinded by the sun, eventually decided a closely contested match in which the scores had been level eight times.

The result shot St Kieran's through to the All-Ireland semi-finals, while the CBS qualified for the quarter-finals.

This was Kieran's third Leinster win on the trot, and with a hat trick of All-Ireland wins behind them they had to build a whole new team this season.

Attacker Adrian Mullen (Ballyhale Shamrocks) and fine centre-back, Martin Keoghan (Tullaroan) are the only survivors from the all conquering 2016 team that won the Leinster and All-Ireland titles.

"These lads are giving everything they have to offer," added Mr Walsh, who worked with an All-Ireland winning St Kieran's side before. "They are a great bunch. There is no ego within the team."

Meanwhile, Kilkenny CBS were left to rue missed chances when playing with the wind in the first half after another failed attempt to beat Kieran's in the championship.

The CBS beat St Kieran's in the Leinster League final earlier in the season.

The James Street school led by a mere 0-7 to 0-6 at half-time after playing with the strong wind in the opening half. They shot six wides, three from handy enough frees at crucial times.

"In the first half we shot wides and missed frees," reminded former Kilkenny star and team mentor, Matt Ruth. "Those things hurt us in the end. Everything was there except the scores."

In the end, he felt, for all their trouble, the CBS might have snatched a draw after really taking the game to St Kieran's, but it wasn't to be.

"There is not a lot between any of the teams left in the All-Ireland series we feel. Why not us, we have to ask ourselves," Mr Ruth added.