Cats play host to Rebels in Allianz League on Sunday 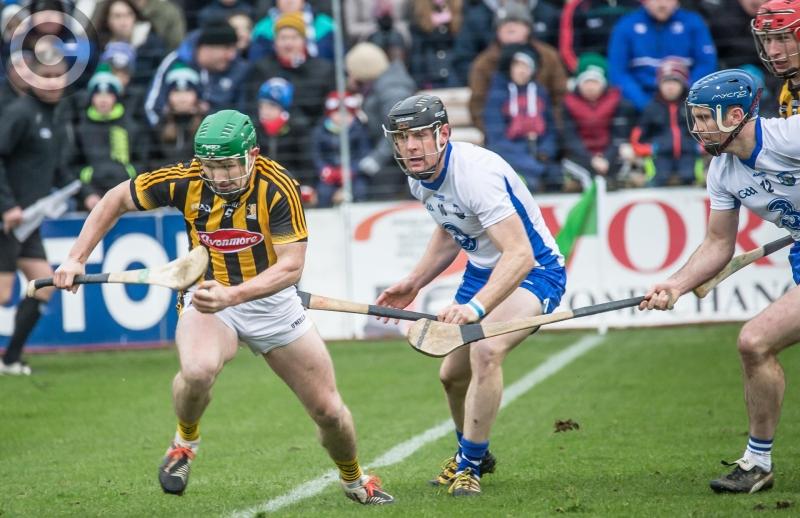 Paul Murphy and Kilkenny will be hoping to earn their first league win of the season against Cork on Sunday. Photo: Pat Moore

The pace is picking up in the Allianz Hurling League with counties gunning for points for very different reasons next weekend.

Five points were enough to secure a quarter-final place in Division 1A of last year’s Allianz Hurling League so Tipperary, currently on four points, could become the first team in the group to clinch a last eight place if they beat Clare on Sunday.

At the other end of the scale, Galway faced a relegation play-off (which they lost to Cork) after picking up four points last year, something that will be noted by Kilkenny, who have lost their first two games. Brian Cody’s men will be hoping to buck that trend when they host Cork in Nowlan Park on Sunday.

Four points earned Wexford and Offaly quarter-final berths from 1B last year so Wexford (two wins so far) may have done enough already to reach the knock-out stages.

However, having beaten Limerick and Galway, Wexford are determined to take the sole promotion slot and return to the top flight.

Kilkenny find themselves in an unusual position at the bottom of the table after losing to Waterford and Clare. They beat Cork, who have won one and lost one, by a point in last year’s League clash.

Tipperary, who are unbeaten since losing to Clare in the Allianz Hurling League quarter-final last April, are top of the 1A table after beating Dublin and Waterford and now have their first home game of the campaign against Clare, who are second, ahead of Cork, Waterford and Dublin on scoring difference.

Tipperary have a points differential of +22, by far the best in the group. Clare, who lost to Cork and beat Kilkenny, will be hoping for a repeat of last year’s quarter-final when they beat Tipperary 2-13 to 0-18.

Dublin and Waterford meet in the opening game of the Croke Park double header on Saturday at 5pm  (Dublin footballers play Mayo at 7pm), with both having won one and lost one of two games. Dublin beat Waterford by five points in last year’s League.

Galway and Limerick, second and third respectively on scoring difference, will be seeking to get back on promotion track, while hoping that Wexford are beaten, when they play home games against Laois and Offaly.

Galway’s last competitive clash with Laois was in the 2015 Leinster championship, which they won by 3-28 to 1-14. Limerick beat Offaly by eight points in last year’s League.

Joe Quaid’s Kildare have made the perfect start to the League, winning their first two games, but now face a tough away assignment against Antrim, who are just a point behind them after a win and a draw. Antrim beat Kildare by 12 points in last year’s League.

Like Antrim, Carlow are on three points, leaving Colm Bonnar’s men well-positioned for a promotion bid. They host London (one point from four points), and will be extremely wary of the exiles, who beat them by 17 points in last year’s League.

The third game features Westmeath (two defeats) against Armagh (one defeat one draw).  Westmeath are bottom of the table, which is in marked contrast to last year when they won four of five group games before beating Carlow in the final.

Leinster duo, Meath and Wicklow are both on full points after two games but both will be ‘away’ in Round 3 against Roscommon and Derry respectively.

Roscommon, who were promoted from 3A this year, have found the going tough in the higher grouping and will certainly be tested by a Royal outfit that has scored a total of 6-40 in two games.

Wicklow have scored 4-34 in their two wins while Derry, who are third on the table on scoring difference, scored 1-30 in their two opening games. Mayo, who like Roscommon have lost their first two games, host Down who have won one and lost one. Mayo beat Down by four points last year.

DIVISION 3A: MONAGHAN ZOOM TO THE TOP OF THE TABLE

Monaghan are four points clear at the top of the table, having won all three games so far, while Louth are at the bottom, having lost all three. Monaghan beat Louth by ten points last year.

Donegal and Tyrone are both on two points but have a game in hand on the other two as their tie was called off on Sunday due to a waterlogged pitch.

DIVISION 3B: WARWICKSHIRE AND LONGFORD ON FULL POINTS

Warwickshire and Longford have full points  after two games each, while Sligo, Leitrim and Fermanagh are still seeking their first points.  Longford are not playing next weekend so Warwickshire have an opportunity to go clear at the top when they host Leitrim.