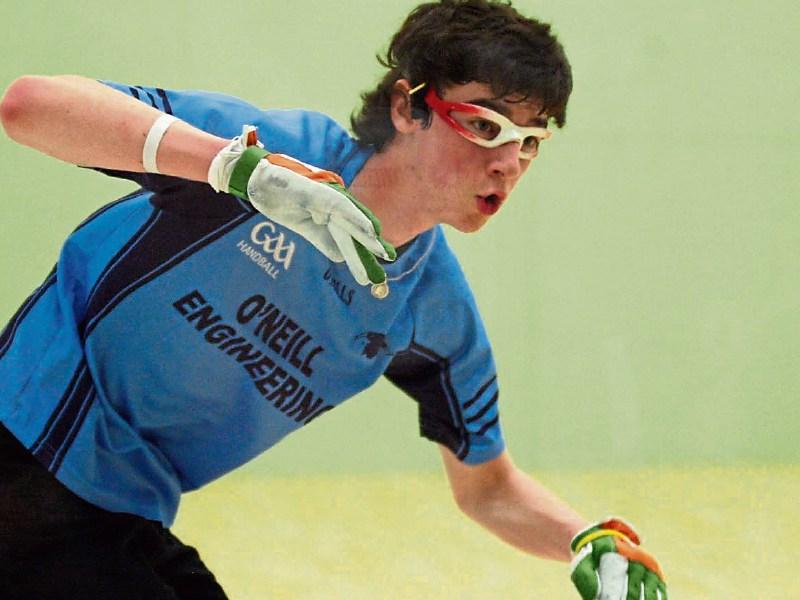 This weekend the handballers from Kilkenny will be  busy involved in  All-Ireland semi-finals at juveniles and adult level.

There will be four players from the county playing in matches against the Connacht winners, and in the juvenile competitions the Leinster champions have home advantage when they face the winners from West of the Shannon.

In the Leinster singles championships, Kilkenny players were successful in four events, and this Sunday they will represent their province in the All-Ireland semi-finals against  Connacht  at  the various grades.

On Saturday in Williamstown, Galway, Canice plays his semi-final against Mayo, and on the same day, Willie and Joe take on Mayo and Sligo respectively in Clogh.

This leaves the minor singles clash on Sunday in Moycullen, Galway between Eoin and Diarmuid Mulkerrins.

In the recent Leinster juvenile finals in Wexford, Kilkenny, once again, enjoyed  a very successful day.

They were victorious in many of the grades contested. This weekend they will hope to continue that good form when the provincial winners play their Connacht counterparts in the various grades.

This schedule will be followed on Sunday by girls under-14 doubles and boys under-15 singles at the same venue.

Kilkenny have received byes into the All-Ireland finals in boys under-15 doubles and girls under-16 doubles.

With 48  players from a selection of counties coming to play in this event which is one of the biggest on the handball calendar, there was plenty of top action.

There was disappointment for two Kells pairs in the provincial doubles championships.

In EMBD, Pat Funchion and Paddy Fennelly lost to Wexford, while  in intermediate doubles, Brian and Frank Manogue exited the championship at the hands of Carlow’s Dan Fenlon and Ollie Ryan.

In the EMBD competition, Willie Holden (Kilfane) and David Bourke (Mothel) made their journey to Ballymore Eustace on Thursday night worthwhile when they defeated Westmeath to seal their first provincial title.

if levell on scores after round robin players play one game to 11 aces. Semi-finals and finals  3x15 ace games.  Ball Challenger 2. No time outs.