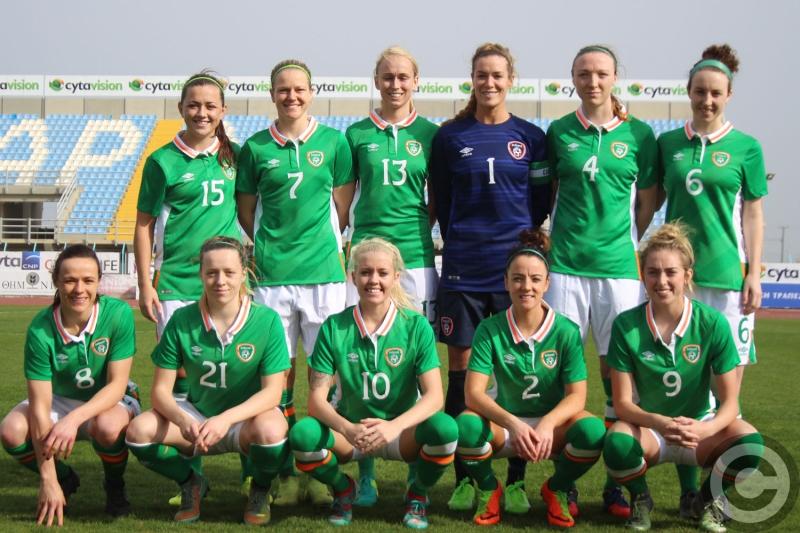 There were mixed fortunes for Karen Duggan as the Republic of Ireland women's team kicked off their Cyprus Cup campaign today.

The Piltown native, who plays her club football with UCD Waves, started the game as the Girls In Green bagged a 2-0 win over the Czech Republic. Duggan gave a great performance but, carrying a knock, she came off with 10 minutes to go.

Ireland were already looking good for the win by then, Stephanie Roche shooting them in front with a first half strike. The spoils were sealed when Aine O'Gorman struck a second two minutes from time.

With new manager Colin Bell picking Duggan as one of two holding midfielders, Ireland got off to a strong start.

They were rewarded for their strong start in the 24th minute as a well-worked corner routine saw the ball land at Roche's feet for her to smash home to give Bell's side the lead.

In a game of few chances, Ireland absorbed all the pressure the Czechs put them under and sealed the victory with two minutes remaining.

Substitute Ruesha Littlejohn found the tireless O'Gorman who found the back of the net off the post from outside the area to seal a fine win for the Irish.

"I'm delighted with the performance," said Bell. "The players were a credit to themselves today, they put in so much effort across the pitch for the entire 90 minutes.

It is not known whether the switch was a precautionary move or not, but Duggan will be hoping to be fully fit when Ireland resume their Cup campaign against Hungary on Friday.