’Booters get the Junior Cup Blues 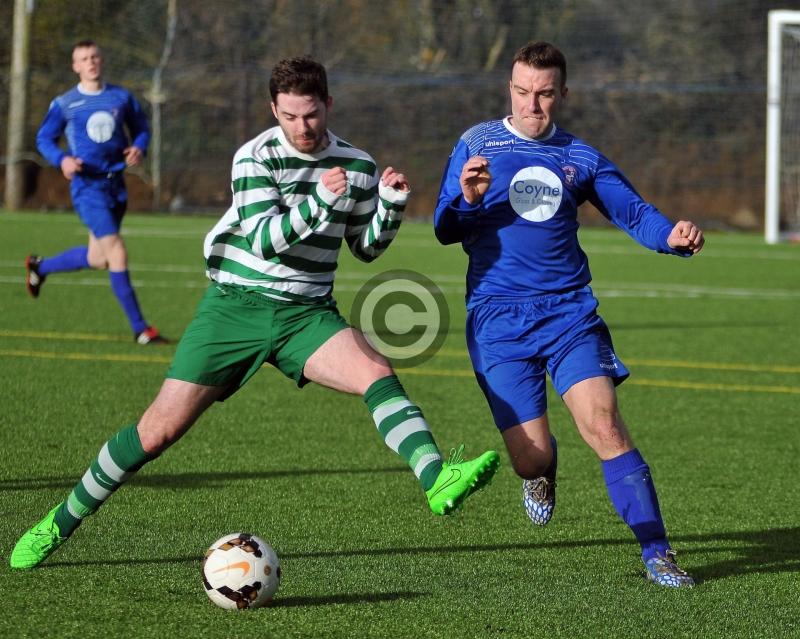 Freebooters defender James Kelly (right) and his team-mates were no match for Cup kingpins Sheriff YC in their FAI Junior Cup clash at the weekend. Photo: Michael Brophy

Freebooters’ quest for a fourth Leinster Junior Cup ended after they bowed out of this year’s competition at the hands of reigning champions Sheriff YC.

The Dubliners, who beat Evergreen in last season’s final, added another Kilkenny scalp to their list when they outclassed the Blues 6-1 in their fifth round clash in Clontarf.

Sheriff have been in fine form this season, having also reached the latter stages of the FAI Junior Cup. They are known as a real force when they play at home and took just eight minutes to reinforce that belief, Sean Murphy firing his side into an early lead from a free-kick.

The quick opener only served to spur Sheriff on, and they swiftly doubled their advantage when Murphy bagged his second. Freebooters were already facing an uphill task to get back into the game, a job which became even tougher when Darren Dunne made it 3-0 before half-time.

The home side pressed on for more goals in the second half, adding to their lead when Joe O’Neill made it 4-0 with a 48th minute free-kick.

Freebooters continued to battle, getting some reward when Henry O’Neill pulled a goal back from the penalty spot, but that was as close as they got. Two late goals from Anthony Murphy and Joe O’Neill completed an emphatic win for the hosts, who are now in the quarter-finals.