The drip, drip effect of talent catches up on Cats 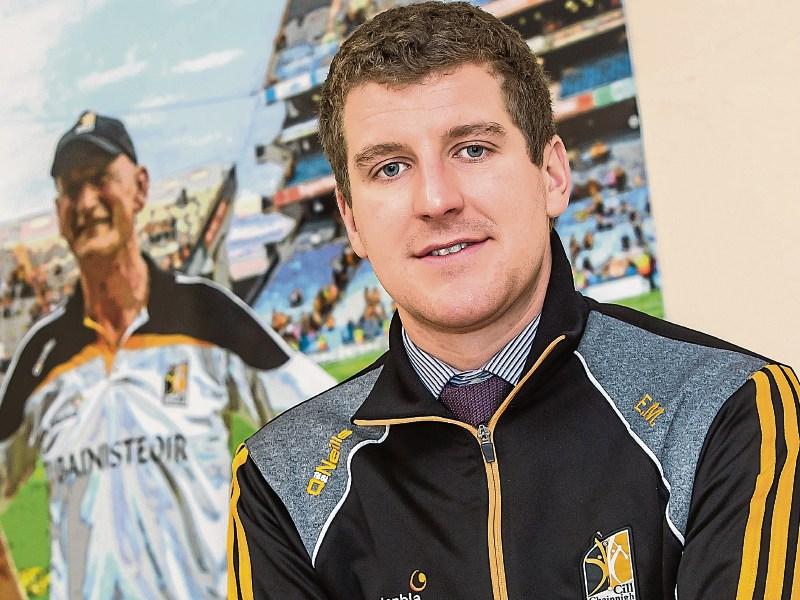 These are much changed times in Kilkenny hurling! Here we are two rounds into the Allianz National League and the pessimists are already having a field day.

Where, they wonder, will Kilkenny turn to for a win in the 'League? Ordinarily the reply would be against every team and at every venue, but a shocking performance last time out against Clare disturbed the equilibrium and left the masses in a state of wonderment.

The modest early season hope following last year's All-Ireland final defeat by the current powerhouse, Tipperary, was boosted by a win and decent showing against Galway in the Walsh Cup final, but that suddenly disappeared, and doom and gloom appeared to gush in to fill every nook and cranny.

Was the Cody empire about to collapse the headline screamed in one newspaper when a decent enough effort in the opening round of the 'League against very competent Waterford was followed by the collapse against lively Clare?

It was one take on the story, a take largely shaped by Kilkenny's own brilliance and an unmatched magical run of 11 All-Ireland wins and eight 'League victories since the turn of the Millennium.

If you plunge from that high to the floor like happened in Ennis then you can expect negativity, wonder, serious questions.

The county that could not only beat teams, but could bury some, was now looking extremely vulnerable. It's a story. Definitely!

And Kilkenny are news, be they winning all before them or struggling. One well remembers my former colleague, Sean Hurley, the then Chief Reporter in the 'People, making that exact point in the early eighties when the county was down.

It was prompted by a fuss in the 'papers after Kilkenny were held to a draw by Kerry, yes Kerry, in a National League engagement in Tralee. Interesting to see some things never change!

The big question is, where is the real Kilkenny right now?

Based on the evidence of the shallow showing against Clare, the conclusion could be that the county isn't in a good place.

Based on the gritty, battling effort against physically strong Waterford, the impression would be that things were somewhat better than the Clare fiasco would suggest. Of course, we have only crossed over the line into March and not all the troops are available, so the picture is a bit clouded right now.

Manager Brian Cody's take on that is the county isn't in such a bad place, but rather it is a tough 'League. Perhaps, but on the surface the county looks to be in a difficult place.

Okay, we can't forget the county barely avoided relegation in 2015, jumping clear of the drop by beating Clare in a Division IA relegation final. Still, an All-Ireland win followed later in the year.

Things are different now, it would appear. The drip, drip effect of losing former greats who reached the end of the line looks to have finally caught up on Kilkenny. Remember, the entire 15 who started on the 2009 All-Ireland winning team are now gone.

That was the group that completed the All-Ireland four in-a-row, winning the League the same season. Hurlers? Sure they were all giants.

For a number of seasons Kilkenny did wonderfully well, getting by, barely showing a drop in effectiveness as big players and big leaders stepped off the stage. You can replace giants with good, big men but you can still lose something.

Answer the question yourself, can you really replace the likes of J.J. Delaney, Henry Shefflin, Tommy Walsh, Eoin Larkin, Jackie Tyrrell and guys like that who give you lots more than hurling talent and commitment to the cause?

How many times after that wonderful four in-a-row milestone was reached did fans say at the beginning of the next season "if we could only sneak one more it would be great". Four more winning seasons followed. Sure it was almost beyond belief.

Manager Brian Cody and his longest serving selector, Michael Dempsey, and others including James McGarry and Derek Lyng, were great strategists to keep things on such a high level.

Right now Kilkenny are in the process of rebuilding. Management could argue they rebuild the team and squad every season, but this time the job is bigger, perhaps bigger than it has been for decades.

By necessity, there are lots of new faces on the scene. In GAA parlance, new faces, new people shouts inexperience. The senior inter-county scene is an unforgiving place. Time, patience and understanding are called for now.

There are counties out there - Tipp being the outstanding example - who could do 'a Kilkenny of old on you'. Not a particularly comforting thought.

What appears to be adding a degree of difficulty to Kilkenny's plight right now is that some of the more seasoned men are chasing, looking for their form. Goalie Eoin Murphy is probably the only player who can be satisfied with things after turning in two strong performances.

The likes of Padraig Walsh and Paul Murphy must be allowed space because they are grappling with difficult new challenges, trying to learn the trade at full and centre-back respectively. Not easy.

We can all be sceptical about the outcome, but the selectors have to try things. Others will come round, but until they do they won't be able to do much to help bed in the new arrivals, who need assistance finding their way in the unforgiving surrounds of Division IA.

This could end up being a difficult League for the Cats.

The work-rate of the team in Ennis disappointed, and Brian Cody, who always backs his players to the hilt, made a big statement when suggesting: "Overall they out-fought us, which was disappointing."

Kilkenny out-worked by the opposition, now that is a new one. The young hopefuls don't need any help from anyone learning the first lesson, which is you have to work your socks off if you want to wear the colours.

They might want to read again and take stock of that one liner from 'the Boss'.

You have to sweat. You have to work. You have to give everything that is in you. If it doesn't work out after that fair enough, but you can never come up short in the effort stake.

Kilkenny have games to come in the League against Cork on Sunday in Nowlan Park (2pm), All-Ireland champions, Tipperary in Thurles and Dublin in Parnell Park.

There are more points to be won than have been dropped. The League is far from over as far as Kilkenny are concerned. Sunday is a big day!