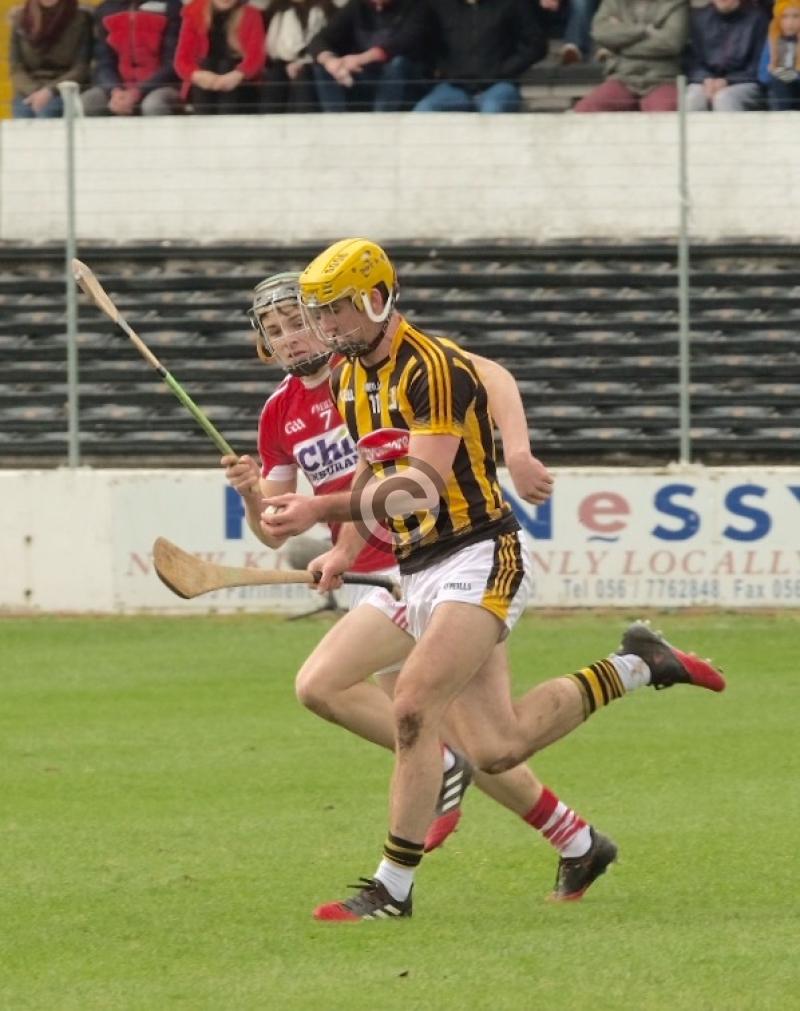 It really was third time lucky as Kilkenny finally picked up their Allianz Hurling League win of the 2017 campaign.

Cork heads were left spinning as Brian Cody’s side unleashed a fine second half scoring burst to surge their way to the points at a windy Nowlan Park.

With the sides locked at 0-12 apiece, the Cats stepped up the pace and raced away from their old foes. Walter Walsh got them on their way with two good points in a devastating five-minute spell, with man of the match Richie Hogan (0-2), top scorer T.J. Reid (free) and Conor Martin also getting in on the act.

The Cats had the better of a tight first half, taking an early lead through pointed frees from Reid and goalkeeper Eoin Murphy but Conor Lehane helped drag Cork back on to level terms by the 11th minute. Another good burst of scores had Kilkenny stretch three clear again after the half hour - Murphy converting a free from his own half - but a late Lehane treble (0-2 65s, free) had Cork within a point of the leaders at half-time (0-11 to 0-10).

Cork were shut out of the game in the second half, as Kilkenny’s scoring burst left trailing their rivals. Any hopes of a comeback were all but ended when they lost Cormac Murphy to a red card in the 61st minute, Kilkenny staying in control to earn their first league points of 2017.