Shark circles to snap up two winners at Leopardstown 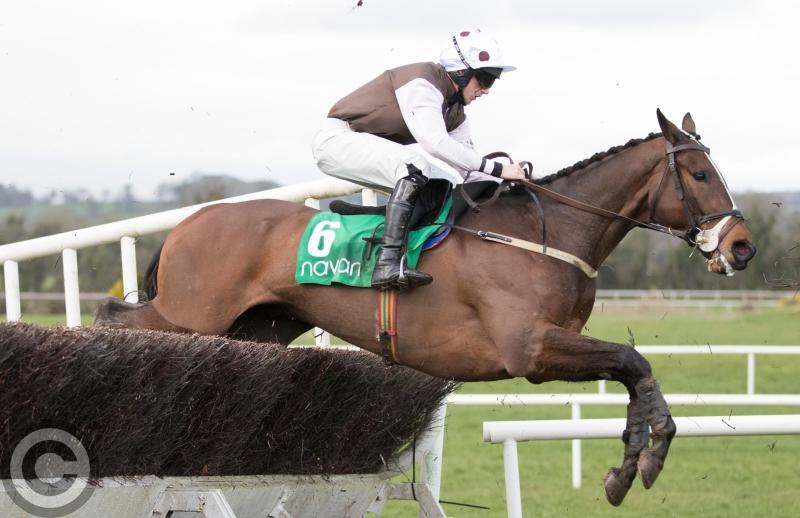 Kilkenny’s John ‘Shark’ Hanlon was celebrating at the double after sending out two winning favourites at Leopardstown on Sunday.

The Bagenalstown-based trainer landed the opening conditions’ hurdle with the 12-year-old Hidden Cyclone, who battled well under Danny Mullins after a slow jump at the final flight to see off the long absent Bonbon Au Mile at odds of 11/4.

Rachael Blackmore partnered her third winner of the weekend when the well-supported 9/4 market leader Camlann, who had finished runner-up at Navan the day before, took the 2m handicap hurdle.

The win saw Blackmore move onto the 26 winner mark for the season. Her main rival in the race to be crowned champion conditional rider, Donagh Meyler, recorded his 22nd success of the term when taking the opportunity handicap chase on the Karl Thornton-trained 11/2 shot Paper Lantern.

The race to become champion amateur is even tighter. Jamie Codd recorded his 31st winner, and moved one ahead of Patrick Mullins, when taking the bumper on Joseph O’Brien’s impressive newcomer High Tide who was returned at odds of 9/1.
Jody McGarvey was the toast of the racecourse after his remarkable recovery on 15/8 favourite Great Field, who knuckled badly on landing over the final fence.

The Coleraine rider looked certain to be unseated, but somehow kept the partnership together to record a comfortable win from Don’t Touch It.

Mouse Morris and Mark Enright combined to land the 2m4f maiden hurdle with 12/1 chance Wishmoor while the father and son team of Philip and Luke Dempsey took the handicap chase with 16/1 shot Mr Diablo, who has the TheTote.com Galway Plate as a long-term target.

It proved to be a good weekend for Rachael Blackmore as the season’s leading conditional rider recorded a double at Navan, her first winners at the Meath venue, on Saturday.

Her second double of 2017, Blackmore was on the mark in the opening maiden hurdle on the Mick Mulvaney-trained 9/1 chance On The Go Again. She followed that up by taking the 3m handicap chase on Folsom Blue, who came from well off the pace to land the spoils at odds of 4/1.

Willie Mullins had just one runner on the day and his Bargy Lady made no mistake at odds of 2/7 favourite under Ruby Walsh in the mares’ maiden hurdle.

Adrian Murray who trains at Rathowen in Westmeath, saddled Bilbo Bagins to win the 2m4f handicap hurdle. The 8/1 shot was ridden by Sean Flanagan.

Danny Benson is certainly making the most of his opportunities and he took the bumper on the gambled-on Noel Meade-trained 5/1 chance Laverteen.

The Robert Cowell-trained Visionary ran out an impressive winner of the 7f conditions’ race at Dundalk on Friday night.
Ridden by Pat Smullen, the easy-to-back 4/1 chance was stepping up in trip and had plenty in hand when beating the Ger Lyons-trained Rock In Peace by a length and a quarter.

Joseph O’Brien was responsible for two winners at the all-weather venue on the night. His brother Donnacha partnered 3/1 favourite Circus Ring to win the 7f handicap, while sister Sarah was in the saddle as 5/1 chance Tommy Welsh saw off his stable companion War Goddess to take the amateur riders’ handicap. 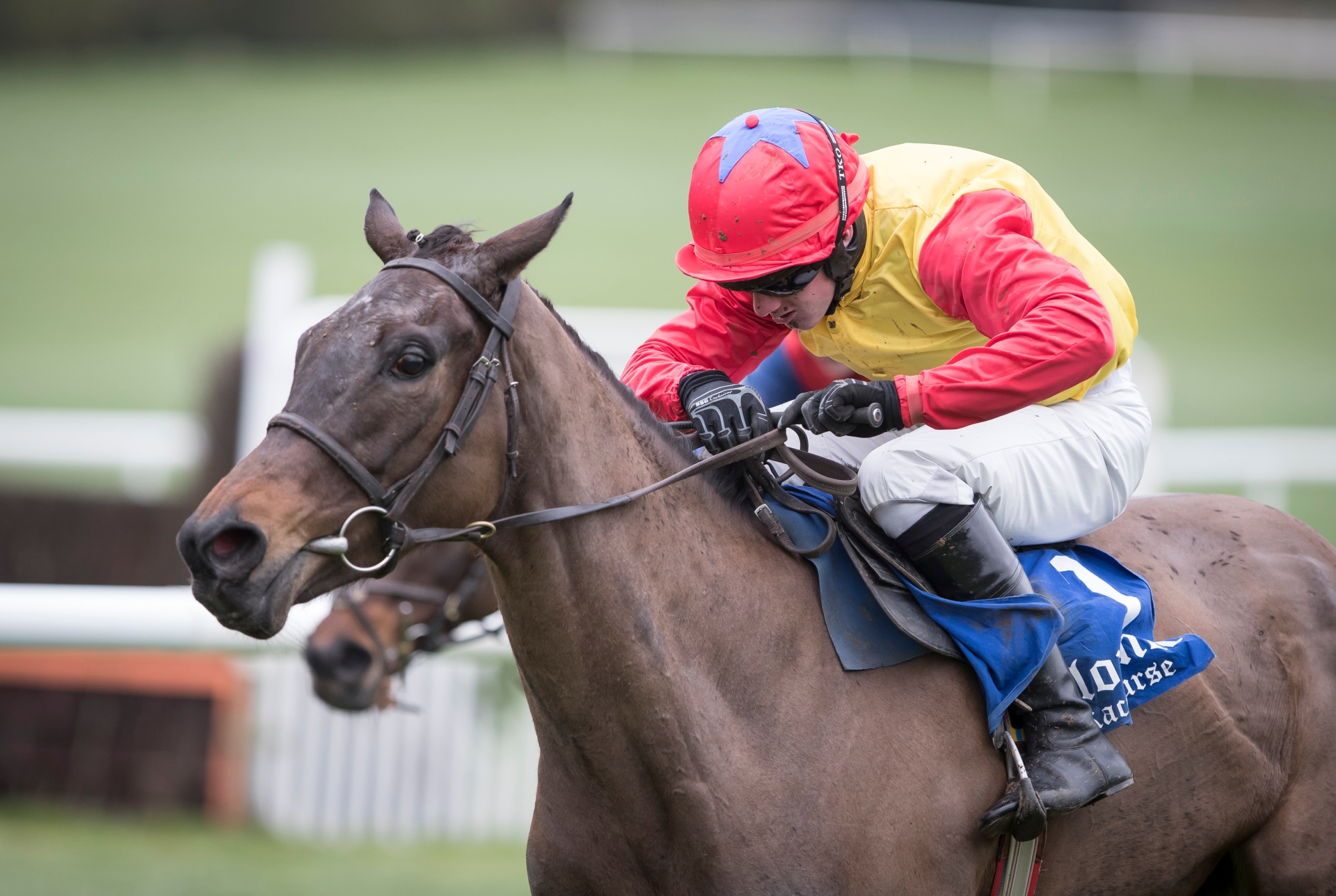 Much to the delight of punters, favourites won the remaining races. Split The Atom was sent off the evens favourite for the claiming race and made no mistake for David Marnane and Oisin Orr while Geological, the 9/4 favourite, won the 7f handicap for Damian English and Donagh O’Connor.

Conor Hoban gave Robe Of Honour the ride of the night and he got the 7/4 favourite up on the line to land the 8f maiden for Michael Halford.

Just five days after giving Fran Flood his first success as a trainer, Peace N’Milan followed up in the mares’ handicap hurdle at Clonmel on Thursday.

With Ricky Doyle in the saddle once again, the six-year-old readily added to her Fairyhouse victory at odds of 11/8 favourite.
Bryan Cooper landed an opening race double in the colours of Gigginstown House Stud. He took the 2m2f maiden hurdle with the Noel Meade-trained 9/1 chance Clara Sorrento. Cooper was back in the winners’ enclosure 30 minutes later when Monbeg Chit Chat won the 2m maiden hurdle at odds of 1/5 favourite for Henry de Bromhead.

Maguire’s Glen landed the handicap chase for Liz Doyle and Donagh Meyler, the 3/1 favourite winning from Black Zero.
The longest-priced winner of the day was Edward O’Grady’s 14/1 chance Nun’s Cross who captured the bumper. Nun’s Cross was a first winner for 17-year-old Littleton jockey Liam Quinlan.

As expected, the Gigginstown House Stud-owned horses at the head of the weights for the Aintree Grand National have been withdrawn from the race and this has helped clear the way for Aintree veterans Highland Lodge and Vics Canvas.

Gigginstown House Stud took eight horses out of the race in all. Champagne West was also among the 15 horses removed at the latest forfeit stage and Stan James Irish Gold Cup fourth Carlingford Lough has been left heading the handicap, with the weights up 4lbs.

The withdrawals mean that Vics Canvas, who finished third last year, is guaranteed a place in the 40-runner field on April 8, when the 14-year-old would be bidding to become the oldest winner since 1853.

Last season’s Becher Chase winner Highland Lodge finished a close second in that same race this term and is also now assured of a spot.

Sole Power, the globetrotting sprinter who won five Group One races for Edward Lynam and owner Sabena Power, has been retired at the age of 10.

The decision to end the career of Lynam’s “horse of a lifetime” was taken after Sole Power returned recently from a three-race stint in Dubai.

Sole Power won the King’s Stand Stakes at Royal Ascot in 2013 and again the following year and was also a dual winner of the Nunthorpe Stakes at York, winning in 2010 and 2014. His final Group One success was achieved at Meydan in 2015 when he landed the Al Quoz Sprint.

He was also a dual winner at Group Two and Group Three level and once at Listed level. In all, he was the winner of 12 races and won more than €2.4 million in prize-money.

All eyes will be on Gowran Park on Saturday when racing begins at 1.55pm. The feature event of the National Hunt card will be the Shamrock Handicap Chase.

Buses will run from Kilkenny Castle one hour before the first race.