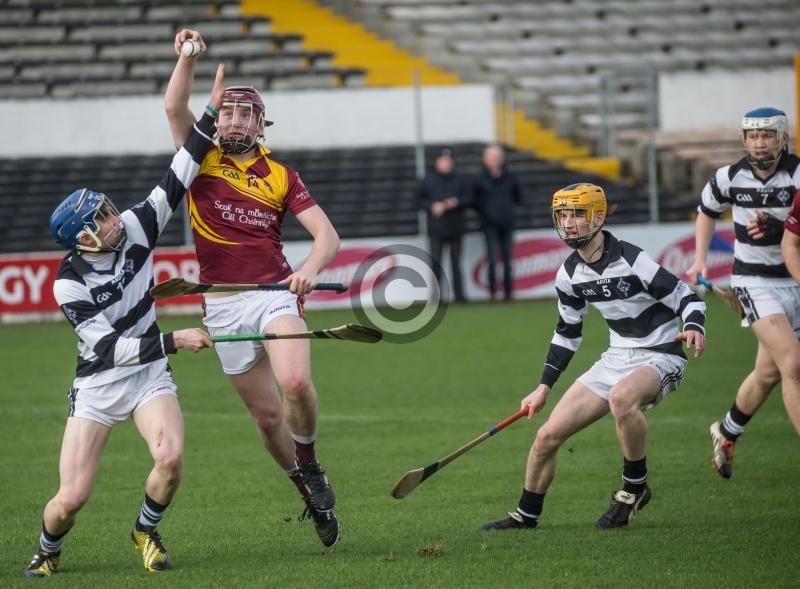 Sean Boyd and his Kilkenny CBS team-mates face a trip to Abbotstown for the All-Ireland senior hurling quarter-final with Athenry on Wednesday. Photo: Pat Moore

The on again, off again saga that is the All-Ireland quarter-final has finally been settled for Kilkenny CBS - they WILL be in action on Wednesday!

However, the game comes with a change of venue. Instead of heading for Park Ratheniska for a meeting with Presentation Athenry, the James’s Street school’s team bus will travel to Dublin and the GAA’s Centre of Excellence in Abbotstown (throw-in 3pm).

The GAA's Centre of Excellence, completed at a cost of €12 million, includes a total of five playing pitches, four full-sized and all floodlit, as well as a 3G pitch, a hurling wall and a pavilion which houses 10 dressing-rooms, a reception area and gymnasium. There are also associated facilities for physiotherapy, referees, meeting rooms and dining facilities.

A covered seated spectator area adjoining the pavilion can cater for 400 people.

Despite the extra mileage - the team will now face a 260km round trip for their game - news of a confirmed venue, date and time will come as something of a relief for the CBS and their opponents. The game had been scheduled for Ratheniska last Saturday before being switched to this Tuesday.

News came late last week that the original match date had been restored, but the game was called off just hours before throw-in on Saturday owing to problems with the playing surface.

The winners of the two quarter-finals won’t have much in the way of recovery time, however. With the semi-finals down for decision this Saturday the teams who come through Wednesday’s games will have less than 72 hours to prepare for their next match. The All-Ireland final will be held on Saturday, March 25. St Kieran’s College, the current holders of the Croke Cup, await the winners of the quarter-final between St Brigid’s of Loughrea and St Colman’s College, Fermoy.