C-side wave hello to Division One! 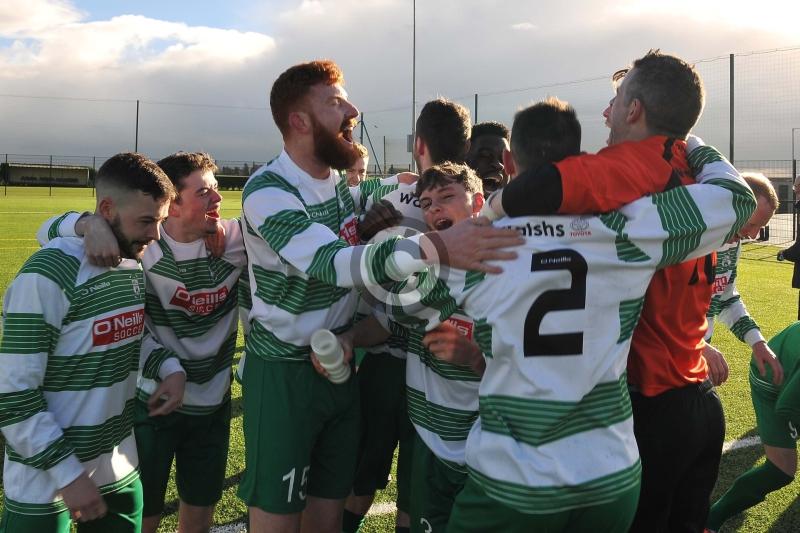 Evergreen C were all smiles after getting their hands on some silverware at the weekend.

A week after securing promotion to Division One, Conor O’Neill’s side made sure they will go up as champions after they demolished Castlewarren Celtic 5-0 in a winner-takes-all game on the Kells Road on Sunday.

With both sides assured of their elevation to Division One next season – for Castlewarren it was their second successive promotion; no mean feat for a club who joined the League two years ago – the message was simple: win, and the title was theirs.

Evergreen were determined to make the Cup theirs, and hit the ground running in style. It took them just 12 minutes to fashion a lead, Darby Fwamba opening the scoring for the hosts. They maintained that advantage until late in the half, when three goals in six minutes all but secured their champions tag. 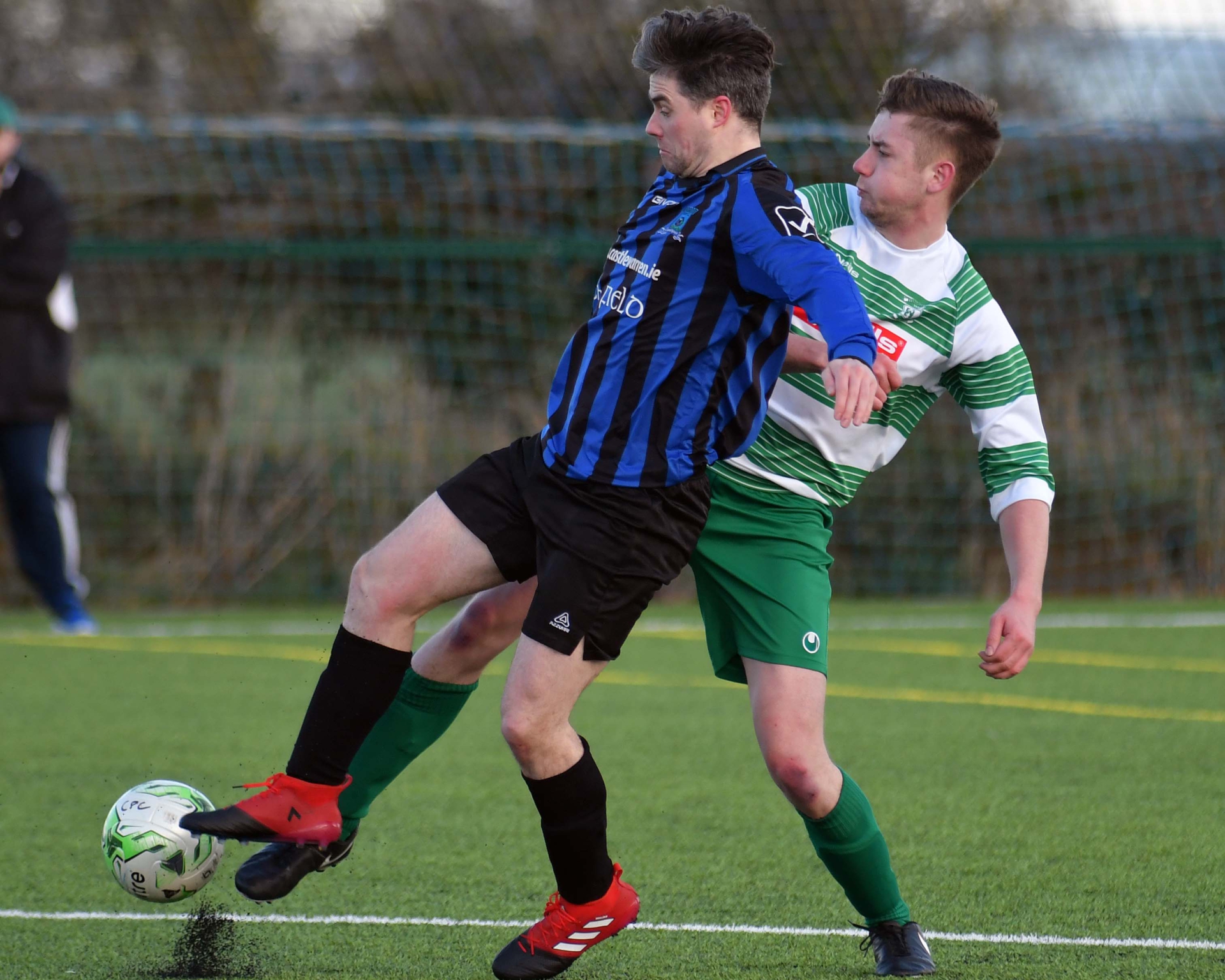 The scoring burst was started by Pa Leahy’s 39th minute strike. Four minutes later Kevin Ireland got in on the act from the penalty spot, tucking his kick into the bottom left corner of the net, despite the best efforts of Celtic goalkeeper Jack Hanrahan. Both Leahy and Ireland had been on the scoresheet for Evergreen a week earlier, when their strikes in a 2-0 win over Callan United B secured promotion.

The scoring didn’t stop there. There was still time for Gerry Walsh to make it 4-0 before half-time as Evergreen trooped in on a high at the break.

Goals were harder to come by in the second half, but Evergreen wrapped up an emphatic win when Cormac Hogan made it 5-0 with 55 minutes on the clock.

Evergreen’s run to the title makes for impressive reading. Having secured the title with a game to spare they have only tasted defeat once all season – that was their opening game of the campaign, when they lost 3-2 to Brookville.

Since then they have dropped just four points with two draws and 10 wins in total. Their route to the title has seen them record seven straight wins, a run that started when they beat Paulstown 06 3-2 back in December.

While goals have been their currency – they put eight past St John’s in January – they have also shown meanness in defence. They have picked up six clean sheets this season, four of which have come in their last four games – the form of champions!