Kilkenny star Fennelly is part of the get Ireland active team 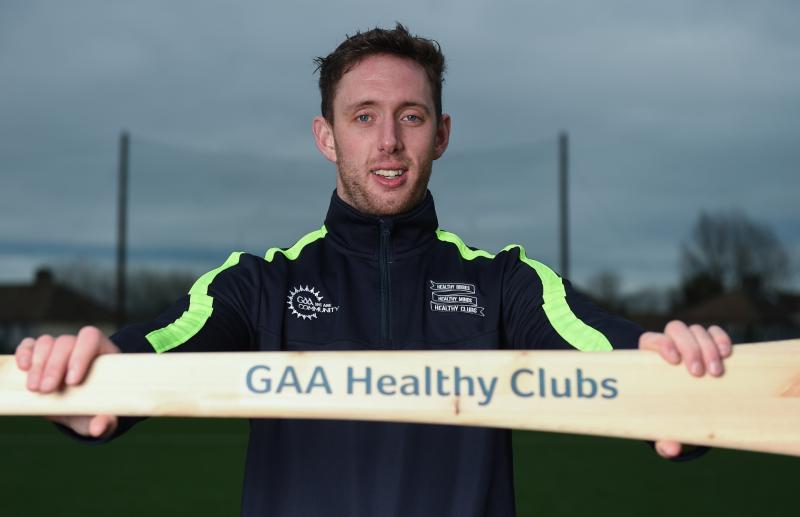 Former Player of the Year, Michael Fennelly, has been laid low by injury, but he is still hurling up a storm in sports related matters.
The lecturer on physical activity, coaching, nutrition and injuries based in LIT Thurles, has, if you like, donned the colours of the award winning Healthy Clubs Project (HCP), and he is gunning for glory with them.
The Ballyhale Shamrocks clubman is one of the key figures helping to inspire and empower more GAA clubs to support their members and communities in pursuit of better physical, social and mental wellbeing by getting involved in the HCP.
Created in 2013 with the support of the HSE, National Office for Suicide Prevention, Irish Life and Healthy Ireland, the intention of HCP is that every GAA club will become a hub for health and wellbeing in their area.
Help and support
“Essentially this was set up four years ago to try and make Ireland a more health conscious country,” said Fennelly, a Physical Activity ambassador with the group.
“The GAA have a presence everywhere through their clubs, so what better place to seek help and support?”
“This is a very progressive idea,” the 32-year-old felt.
Over 60 clubs, including Clara in Kilkenny, currently participate in Phase 2 of the HCP. With the support of the GAA’s new health and wellbeing structures, they are supported in how best to make their clubs more health-enhancing.
This is done by covering a variety of topics including physical activity, emotional wellbeing, health screening, healthy eating, drug, alcohol and gambling education, anti-smoking, youth and community development alongside providing activities for older members of the community.
Clubs or organisations involved are given the freedom to develop their own ideas, making their own judgment on what are the specific needs of people in their area. One initiative Clara have brought forward is a smoking ban at their grounds.
Clara are currently running three physical initiatives side by side targeting men over the age of 35, women and individuals of all fitness levels. These programmes include the ‘Men on the Move’ initiative, a pilot project run by Waterford IT; a women’s running and walking group and CoOperation Claramation, a walking group open to men and women of various fitness levels.
The club is delighted with the enthusiasm shown by locals.
‘Cork Beats Stress’ is another club promoted initiative that is proving hugely popular.
“There are loads of programmes like that going on around the country, and they are all working for the good of the local community,” Michael insisted.
Every club is supposed to have a Health and Wellbeing Officer, and above that, each county has a committee of Health and Wellbeing Officers.
Kilkenny contact
Caroline Clifford (Clara) is the Kilkenny officer, and she is the contact point for those who want to get involved in the Health and Wellbeing Programme.
“It has been really good to see new clubs coming in, and the enthusiasm for the idea is great,” Michael insisted. “You have to have structures in place before you get on the programme to make sure it is done well and is worthwhile.”
Schools can get involved too, and the HCP is promoting inter-action between young and old people all aimed at getting communities active.
“You don’t have to be a member of a club,” Michael pointed out. “If you live in a locality that is involved in the HCP you can join in. Once there is a programme in the area, the more the merry involved is the idea.
“The more people that can be reached the more beneficial the initiative can be,” insisted the eight times senior All-Ireland medal winner.
Some clubs have found that the HCP has succeeded in bringing people who had drifted away back into the club. Coming back into the fold to play cards, darts or whatever is all part of the reach out initiative.
“There are excellent facilities around the country like walkways in grounds, and these can be used to help people become more active,” Michael explained. “Why not try and utilise these more during the day when children are at school and adults are working? Older people could use the walkways or whatever.”
Utilise existing facilities for exercise better, was his suggestion.
“Giving people something they can do at their level every day is the thing,” Michael said. “There is no age limit, or limit on inter-action between people.”
Recently in County Mayo, a club organised a climb for its community group on Croagh Patrick. The youngest participant was 7. The oldest was 72.
Think healthily
“They were together on the bus, and off they went,” Michael revealed.
“Getting people doing a bit of exercise and thinking more healthily is what its all about,” Michael continued. “Give people the opportunity for more face-to-face contact. It will liven up communities, especially in rural areas and bring people back together.
“Don’t stand back and wait to be invited,” he insisted. “We want people to join up and take part. The more people involved the better. Don’t be shy.
“I am enthused by the positives I have seen. It is amazing what is going on in clubs. The work, commitment and time being put in by volunteers is wonderful.”
Fennelly, Philly McMahon, Tyrone manager Mickey Harte and Anna Geary will all be contributing to the Leinster roadshow in Croke Park on Saturday (10am to 2pm) which is also supported by Irish Life and Healthy Ireland.