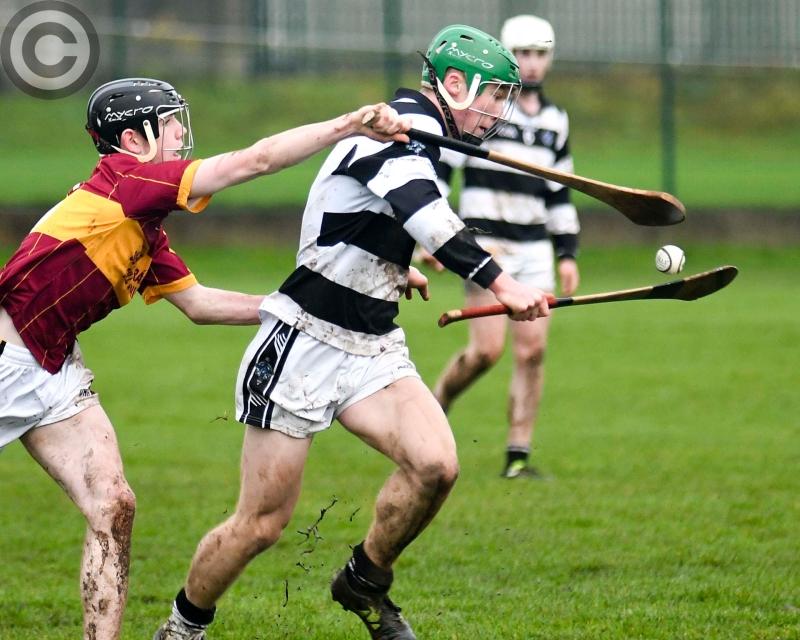 Kieran's College and CBS Kilkenny will have tough challenges to overcome if they are to make the Croke Cup final. Photo: Michael Brophy

The main event of this week in the Masita GAA All-Ireland Post Primary Schools series is the staging of the Croke Cup semi-finals between the famed St Kieran's College and St Brigid's Loughrea, managed by Galway captain David Burke, at O'Connor Park, Tullamore.

And there is also the equally tasty clash of CBS Kilkenny and Our Lady's Templemore at Portlaoise.

Both games takes place on Wednesday, March 15 at 2pm.

The renowned hurling stronghold of St Kieran's recently claimed an incredible 55th Leinster colleges senior championship win and boast 21 All-Ireland titles on top of that. Their latest Leinster success arrived after a 1-14 to 0-13 victory over chief rivals CBS Kilkenny.

That was Kieran's third Leinster title on the spin, but the most impressive thing? It was delivered courtesy of a new-look team with the majority of the team from previous successes having moved on.

The key players in the current set-up are lethal forward Adrian Mullen from Ballyhale Shamrocks and classy centre-back, Martin Keoghan from Tullaroan. Indeed, those two are the only survivors from the 2016 team that landed the Leinster and All-Ireland titles.

On Wednesday, Sean Bolger bagged a brace at Abbotstown as CBS booked their place in the semi-final. Evan Niland's freetaking skills had helped Athenry to a three-point lead at the midway point, but a strong second-half showing secured CBS's progression.

Niland won an All-Ireland minor winner with Galway in 2015 and was in deadly form throughout but outstanding long-range points from the likes of Bolger ultimately sealed a hard-earned win for CBS.

"We will be up against it," says Our Lady's mentor Noel Fogarty ahead of the semi-final. "But we are in a good place after winning the Harty Cup for the first time in 39 years.

"We were known as Templemore CBS back in 1978 when Martin Bourke captained the team to glory, but it was good to end the long wait."

Almost 5,000 people turned up to watch them hammer nine-time Harty champions St Colman’s by 19 points a few weeks ago and the outpouring of joy was tangible.

"We had been so close," Fogarty says. We lost finals in 2000, 2002, 2013 and last year. We had serious players like Noel McGrath and Tommy Dunne over the years but we could never get over the line."

Our Lady’s have the experience of having eight players from the 2016 campaign and Brian McGrath, captain of the all-conquering 2016 Tipperary minor team, is their Talisman, scoring 1-7 from centre-forward last time out.

In the other quarter-final St Brigid’s Loughrea beat St Colman's Fermoy by 0-19 to 1-13 to set up a mouth-watering date with St Kieran's.

As expected, Conor Molloy was in fine form for Loughrea, scoring eight points as they overturned a five-point deficit to book their place in the last four.