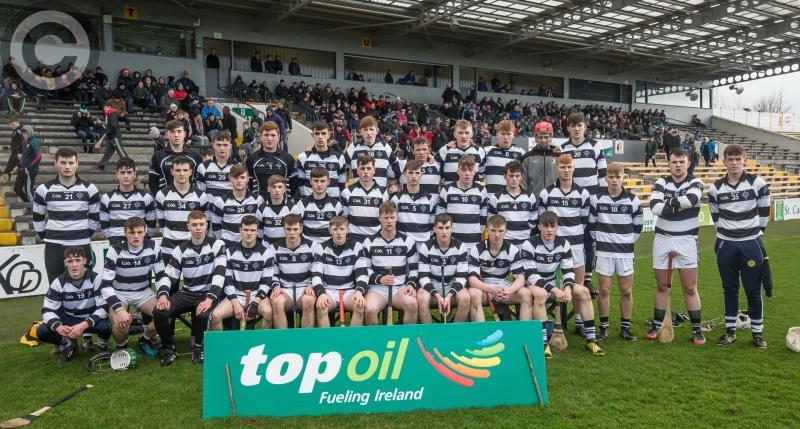 Kieran's College are back in the All-Ireland final

The Ballyhale Shamrocks player helped himself to 2-9 as the Saints dismantled St Brigid’s of Loughrea with an impressive display in Tullamore.

St Brigid’s started like a train, taking a pacy game to Kieran’s as they opened with points from Dylan Towolawi and Damian McGlynn but the Saints responded through an Adrian Mullen brace.

St Brigid’s were bright in the opening stages, with Donal Mannion leading the charge, but once Kieran’s found their rhythm they proved unstoppable. In a 17-minute purple patch they roared into the lead, helping themselves to 1-9 without reply as they tore into a commanding lead.

Mullen was central to that run, grabbing 1-5. His goal was the centrepiece of that haul, the Kieran’s captain gathering Ted Drea’s 18th minute hand-pass and rifling it past netminder Brendan Lynch.

Credit to the Galway school they lifted their game in the second half, but the gap was too great to bridge. They did raise a green flag when Towolawi blasted the sliotar to past Dean Mason in the 46th minute, but a quick reply from the tricky Ciaran Brennan, plus Mullen’s second goal of the game, all but sealed their fate.