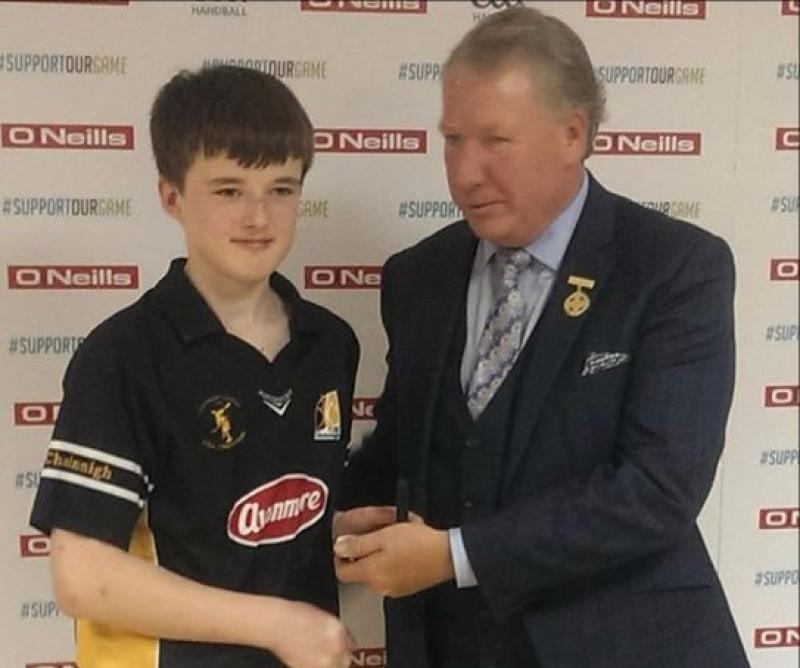 At the All-Ireland 40x20 handball finals weekend in Kingscourt, Cavan, there was a mixed bag of results for Kilkenny players.
The finals were a wonderful advertisement for the sport.
Kilkenny players contested eight finals in total and claimed victories in four juvenile finals and in one adult decider.
Starting on Friday, St Patrick's Day, Kilkenny players contested two over-age deciders at the packed Ulster venue.
First up was Joe Anthony (Mullinavat) who played Brian Davern (Down) in the Diamond Masters 'B' singles final.
In two tight games the South Kilkenny player came out on top, 21-17, 21-18 in what was an energy sapping contest to claim his first All-Ireland 40x20 title.
This victory for Anthony made up for the disappointment in the same grade last year when losing at the penultimate stage of the championship.
Opened well, but beaten
This match was followed by the Silver Masters 'B' singles decider. Involved here was Willie Holden (Kilfane) against Michael Clerkin (Monaghan).
Despite winning the first set 21-19, the Kilfane player was unable to make any further impact as the Ulster player fought back to take the next two games, 21-14, 21-6 to seal victory.
On Saturday, the All-Ireland minor singles title was on offer. Eoin Brennan from Kells played Tadgh O’Neill (Cork) in this prestigious championship.
Despite being a year younger than his Munster opponent, Eoin put up a tremendous performance in the two games and was well in contention for most of the match.
In both sets the Kells player more than matched his opponent in all departments. He was unlucky to suffer a leg injury in the latter stages of the second game, which further hampered his chances.
The Cork player won the match 21-14, 21-11 but it was a great performance by the young Kells player.
On Sunday the emphasis was on juvenile handball, with all the championship finals scheduled for the Cavan venue.
Here Kilkenny contested five finals and brought home gold medals in four of the grades.
First up was Billy Drennan from Galmoy in boys under-14 singles. His opponent was Tiarnan O’Rourke from Monaghan. 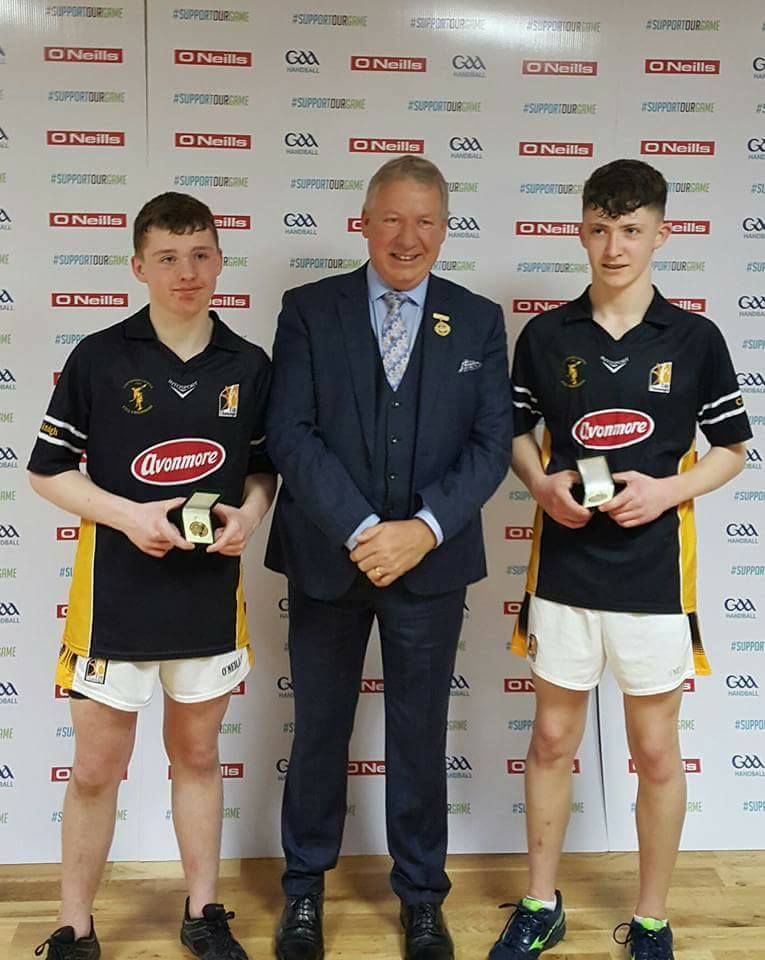 Picture above - the Kilkenny boys under-16 doubles champions - Kyle Dunne and Billy O'Neill
(Clogh). They are pictured with Handball President Joe Masterson who presented the winners
medals.