Abbey caught at the death, but they are ready to charge again 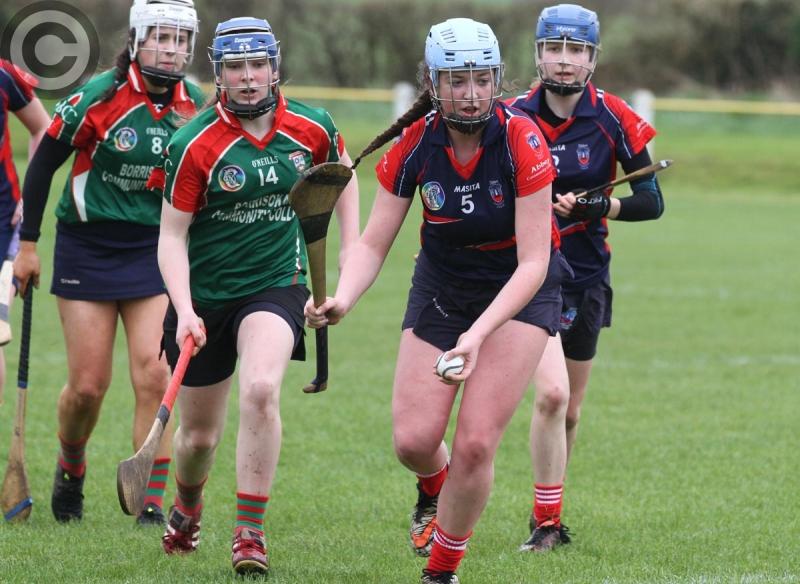 Lessons learned and the ability to rise to the challenge again will become deadly serious factors in the replay of the All-Ireland post primary junior ‘C’ camogie championship final.
Abbey Community College (Ferrybank), who field an all Kilkenny team, and Borrisokane Community College produced a sizzling draw in Freshford, and now all will be decided in round.
“I think we can tighten up a bit,” was the replay from Abbey team official and Tullaroan man, Brendan Cahill, when asked if there was more in his charges.
“That was a very, very good effort. We were nine points down at one stage and we brought it back.
“We challenged the girls at half-time to take the game to Borrisokane, who would be used to driving away from teams. They took on the challenge. We drew level early in the second half.
“We hit the front with two minutes to go, but Borrisokane have serious quality in the forwards and they got in for an equaliser. 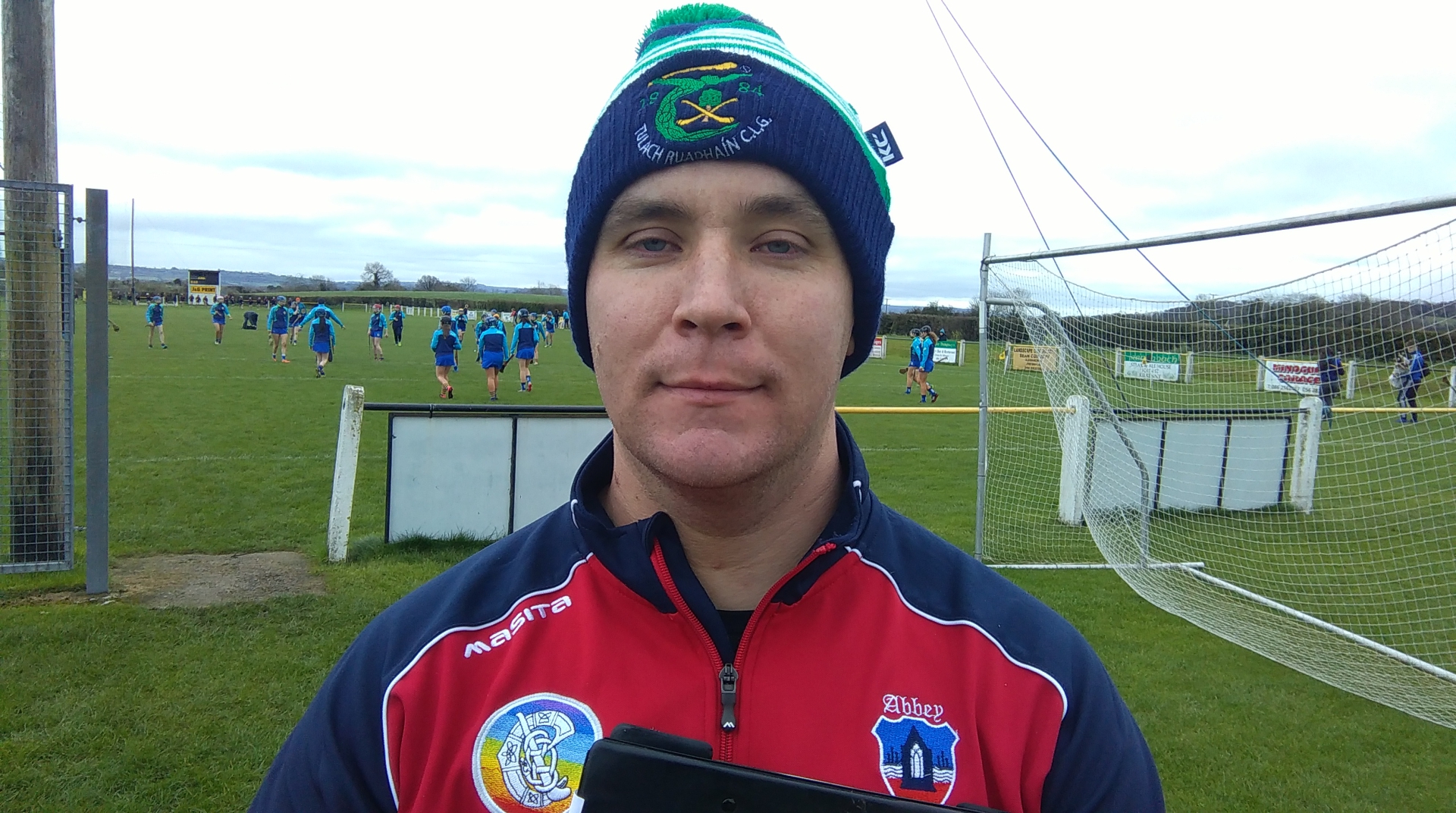 "We can’t complaint. Our goalie had pulled off a few great saves, so I think a draw was a fair result.”
Abbey, who have never won an All-Ireland, hit the highs and lows in what was a game rich in skill and absolute in the commitment shown by all.
Things looked bleak for the South Kilkenny girls when they leaked 2-3 against one point in replay between the 19th and 26th minutes to fall a daunting 2-7 to 0-4 behind.
Yet, after the team was reinvigorated thanks to some shrewd changes made during the break, they brought about an 11 point change to get 3-9 to 2-9 in front into the closing two minutes.
Borrisokane saved the day when the seriously talented Laura Shinnors - she scored 3-5 - burst through for the equalising goal in the 58th minute.
There was one chance created afterwards, but Jane Rochford’s (A) missed the posts at the country end.
Top performers
Stars? Abbey had a fistful of them, including brilliant goalie Aoife Slattery, who kept her side in the match with three wonderful second half saves; central defenders, Aine Phelan and Laura Mulcair, who both hurled up a storm; Hannah Lacey, who was very sure in the tackle; Caroline Kennedy, the zippy Danielle Mate Maher and the wonderful Afton Grace, who is blessed with terrific skill.
This may have been a ‘C’ final, but the entertainment level was A class.
The game burst into life after only 30 seconds when Kennedy and Rochford worked fast ball up field for After Grace to shoot a point.
Borrisokane posted a reply, and the sides were still together after 13 minutes, this time at 0-3 each with Abbey playing against the wind.
The Tipperary girls hit the front with a point from Lauren Ryan, and with the help of goals from Shinnors in the 19th and 25th minutes they raced 2-7 to 0-4 clear.
Abbey were in a bit of trouble. They wriggled out of it when Emma Hewetson sneaked a goal in the 28th minute after a free from Grace fell short and the former prodded the ball into the net from close range.
A pointed free by Grace cut the interval deficit to 1-5 to 2-7.
Good moves worked
For the new half the Abbey central defenders switched positions, and Kennedy moved from midfield to lead the attack while Grace took over at No. 14.
The moves worked. Suddenly they were all over the opposition, and they took control.
Caroline Kennedy raced through for a point in the opening minute. Then Kennedy was fouled. Grace pointed the free.
On 34 minutes goalie Slattery saved brilliantly from a hand-passed effort by Shinnors before Grace dug out the equaling goal after a shot by Una Kinsella caused the opposition problems (2-7 each).
Borrisokane took up the running, shooting two points without replay. Abbey hit back via frees by Grace following fouls on Kennedy and Anna Malone (2-9 each 54th minute).
Next up was Abbey’s lead goal in the 57th minute. A well struck sideline cut from 35 metres on the right by Una Kinsella placed the ball virtually in the opposing square. Caroline Kennedy got the touch that pushed the sliotar into the net.
Young Laura Shinnors, who played all over the field during the second half, had one last ace to play. She dug out a cracking goal that forced the final to a replay.
SCORERS: Abbey CC - Afton Grace (1-8, seven points frees); Caroline Kennedy (1-1); Emma Hewetson (1-0). Borrisokane CC - Laura Shinnors (3-5, two points frees, two 45s’); Áine Slattery (0-2, one free); Aoibheann O’Meara, Lauren Ryan (0-1 each).
Abbey CC - Aoife Slattery (Slieverue); Kate Sheridan (Kilmacow), Aine Phelan (Kilmacow), Ciara Atkins (Slieverue); Hannah Lacey (Kilmacow), Laura Mulcair (Slieverue), Katie Larrissey (Kilmacow); Caroline Kennedy, capt (Slieverue), Una Kinsella (Kilmacow); Danielle Mate Maher (Kilmacow), Jane Rochford (Slieverue), Afton Grace (Kilmacow); Ellen Kennedy (Slieverue), Emma Hewetson (Mooncoin), Anna Malone (Mullinavat).
Management - Brendan Cahill, Rosann Henry.
Borrisokane CC - E. Carey; B. Conroy, K. Costello, A. Sullivan; A. Mulcahy, M. Quigley, capt, M. McGrath; L. Ryan, A. O’Meara; S. Leenane, Á. Slattery, L. Leenane; L. Torpey, L. Shinnors, C. Tighe. Subs - R. Hannigan, S. O’Neill Reidy.
Referee - P. Dowd (Meath).