Cody's Cats to roll out welcome mat for Wexford 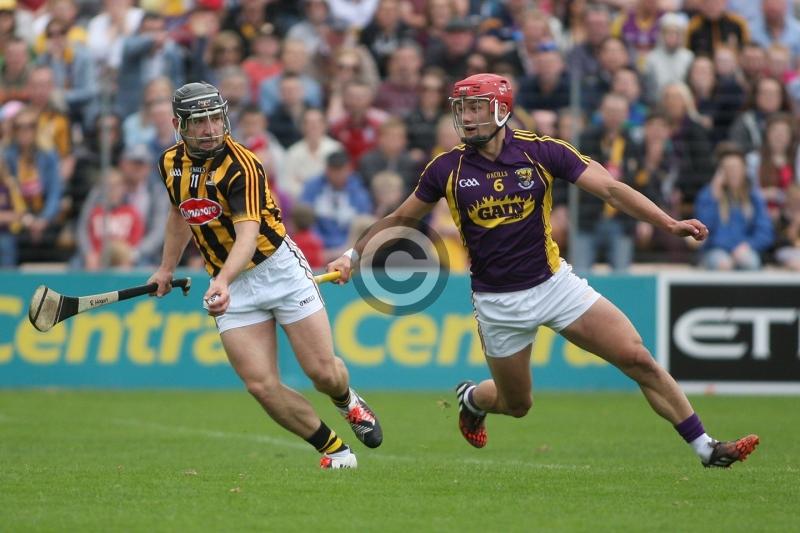 Kilkenny's Richie Hogan will lock horns with Wexford's Lee Chin when the counties clash in the League quarter-final this weekend.

The Allianz Hurling League will kick up a notch when a South-East battle comes to Kilkenny this Sunday.

The Cats will welcome Davy Fitzgerald's Wexford to Nowlan Park for their League quarter-final on Sunday. The game will serve as an appetiser for a potential championship meeting later this Summer should the Model County come through their quarter-final clash with a group qualifier.

Kilkenny booked their quarter-final berth thanks to a 2-20 to 1-16 win over Dublin. The result saw the Cats finish fourth in Division 1A and earn a meeting with Wexford, who finished top of Division 1B.

The match will be played in Nowlan Park as Kilkenny have only played two home matches so far this year in the League - they were beaten by Waterford (1-15 to 0-17) in the opening round before beating Cork (0-22 to 0-15) in round three, whereas Wexford have played three matches at home.

Clare and Dublin will contest the Division 1A Relegation Play-Off. There will be a coin-toss to determine which team has home advantage.

All four of the Allianz hurling League quarter-finals will have a throw-in time of 4pm on Sunday. Extra time will be played, if required to reach a decision.