Harriers get ready to take over the Streets of Kilkenny! 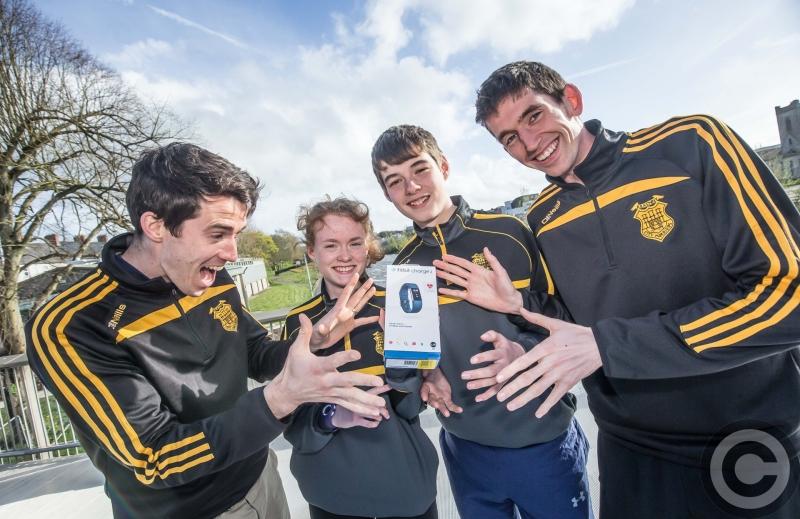 Picture the scene: a glorious Spring evening in Kilkenny, with the evening air broken only by the sound of hundreds of pairs of feet pounding their way along the city streets.

That image will become reality this month, when Kilkenny City Harriers take over the Marble City with their new 5K race.

The event, called the Streets of Kilkenny 5K, will see runners of all abilities from across the South-East take on a new challenge organisers are hoping will become a mainstay on the running calendar.

A dedicated bunch of Harriers came together with sponsors to launch the event from Kilkenny’s latest landmark – the new bridge crossing the River Nore. The bridge will provide the start point for the race, which will be held on Holy Thursday, giving people a central view of some of the city’s top tourist attractions.

Put Kilkenny On The Map

The Harriers are no strangers to running (they host a 5K Dash every St Patrick’s Day) but the new bridge gave them the chance to branch out and put Kilkenny City on the running map.

“We were looking at other towns and cities who have races based in and around the streets,” explained Harriers’ John Maye, a driving force behind the event.

“We thought, with the new bridge opening, there was the possibility of a really flat, fast and centrally-located route available to us.

“With the route you’ll be able to see other people taking on different stages of the course,” John explained. “When you’re on one side of Bateman Quay you’ll be able to look over and see people going up the other side – no doubt it’ll be guys like Eoin and Thos (Harriers athletes Everard and Hayes) as they deliver a sub-15 minute run! We just thought that the route itself, backed by the stunning image of the Castle, would be a fitting way to show off this event.

“It’s a gorgeous course, one which will run very fast,” he added. “It’s a good time of year to hold the event, as people love an evening race.”

The views really lend themselves to the occasion, but it couldn’t have become a reality without the support from Kilkenny’s business community. 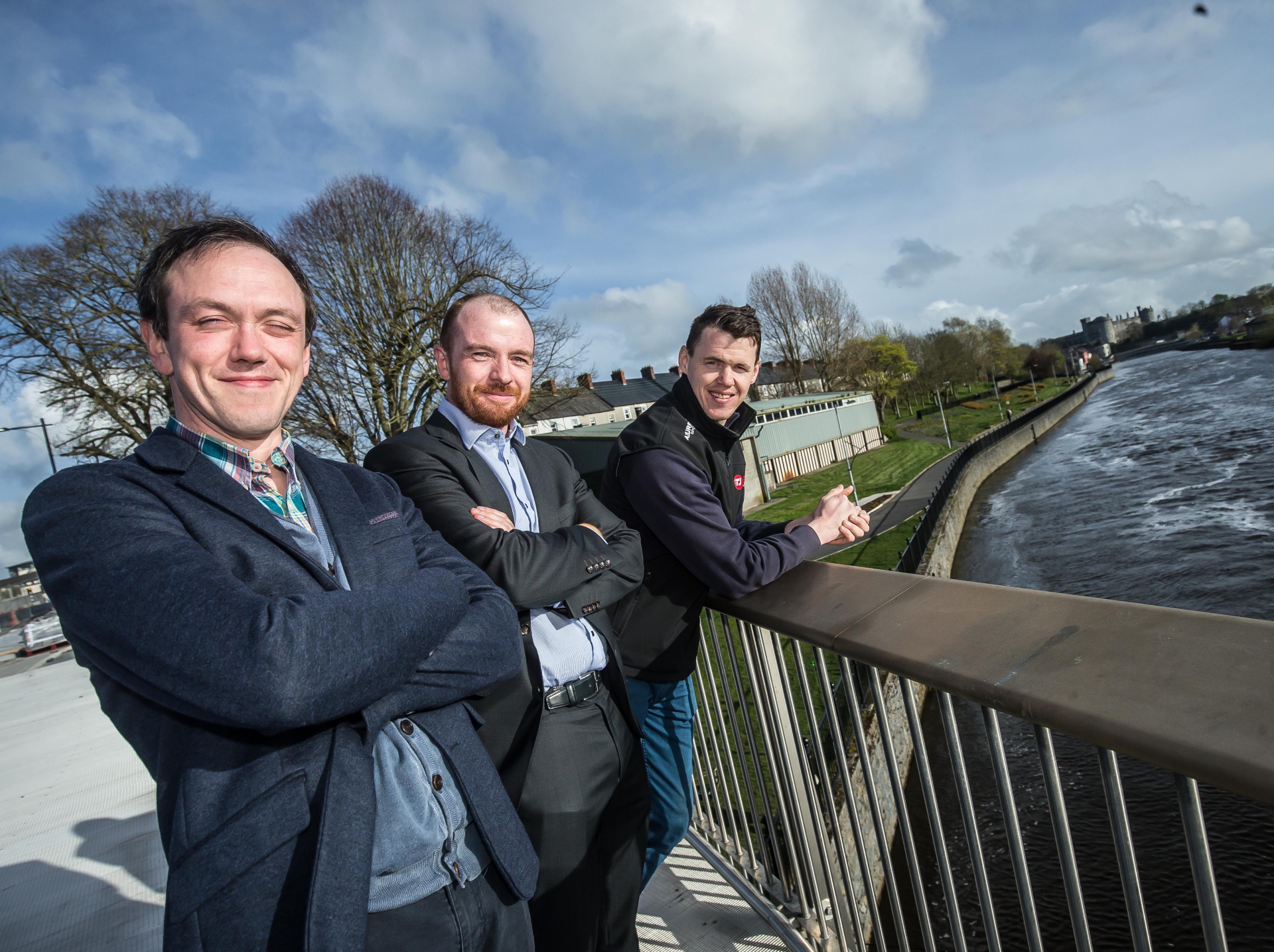 Pictured at the launch of the Streets of Kilkenny 5K were sponsors Eddie Langton, Tom McWey and T.J. Reid. Photo: Pat Moore

“They’ve really come on board with this event. There’ll be car-parking facilities open along the river on the night and the bridge itself, even if it’s not open to traffic on the night, will be open for people to stand on the walkways and support people running.”

“It’s going to be a really fun night,” he said. “There will be a high class standard of athlete at the front, but the race is suitable for everyone. Everyone understands the concept of 5K – there are Couch to 5K groups everywhere.

“Of all the events around this one is really attractive, offers a great location and will provide some fun afterwards when everyone goes to Langton’s for the post-race refreshments and a bit of a party.”

The run will add another element to the fitness craze that has swept Ireland in recent years. The organisers are confident the 5K will encourage more people to get out and get involved

“That’s the hope,” he said. “Going forward we’d hope that we could incorporate this event with our St Patrick’s Day 5K so people could turn out for one race, give themselves a few week’s work and then do the second event. It’s something to aim for when you’re running in the middle of Winter, gets you fit for the Spring coming into Summer.

“It’s very achievable,” he added. “5K is a distance everyone can get to.”

The race route will bring people through the heart of the city. Starting on the bridge, runners will go along Vicar Street and left on to Parliament Street. Crossing John’s Bridge, people will come down the other side of the quay, coming out through the park before doubling back.

The course is novel, but people have flocked to sign up.

“The reaction has been huge,” said John. “We’ve had a great response through the website (the event is available on Pop-Up Races) with the first 250 people to sign up getting a commemorative t-shirt – we’re past that figure already, so we’re hoping to see somewhere between 350 and 400 people here on the night.”

The hard work is nearly over now for the organisers, who have put in plenty of hours getting ready for the race.

“There’s a part of me that’s looking forward to April 14 as it’s been quite intense setting up a race first year round,” John said with a smile.

“It’s a huge effort. We have a group who have been heavily involved in promoting the race, handing out flyers at different events and coming together to select the t-shirt and contacting other organisations and sponsors.

“It’s been a real club effort and a great project to be involved in. It’s shown the best of the Harriers.

“We are a social community group,” he added. “Yes, we do top-end athletics, but ultimately we’re a group of people who put their heart and soul into the job for their community.”

And that hard work could lay the foundations for years to come.

“Hopefully, people will come and find a good course and a good buzz on the night,” finished John. “If they do that, we’re sure they will keep coming back for years to come.”

To enter the Streets of Kilkenny 5K go to popupraces.ie. Further information is also available from John Maye, tel 087-6379354.