If counties meet again this result won't mean anything

Kilkenny boss Cody defiant as he looks ahead 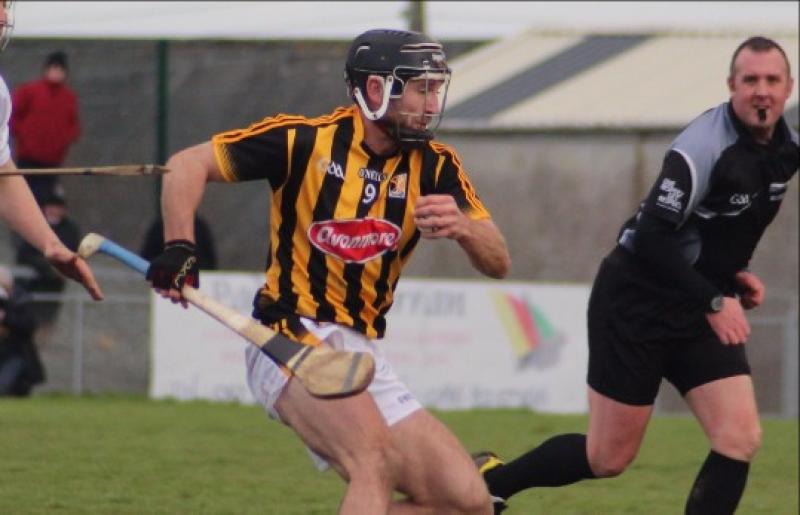 Conor Fogarty missed the Wexford game because of hamstring injury

Kilkenny and Wexford look like having Round Three of their 2017 hurling schedule in the Leinster championship.
However, the outcome of Sunday’s tough Nowlan Park tie shouldn’t have any bearing on the next assignment.
That was the suggestion from Kilkenny manager, Brian Cody, after the Slaneysiders beat the Cats by 2-18 to 0-19 in the National League quarter-final.
When it was put to Cody that Wexford might have gained a psychological advantage if the counties meet later in the championship in Wexford Park, he replied:“I certainly won’t be looking at it like that, not in the slightest.
“Pitches never bother me, where the match is on, if this was in Wexford Park it wouldn’t bother me. The game is out on the pitch, and the venue isn’t relevant.”
The Model County are due to play the Round Robin winners in a Leinster quarter-final. As they would be expected to win that match, a victory for them would set up a Saturday, June 10 semi-final against the Cats in Wexford Park.
Kilkenny beat Wexford earlier in the season in the Walsh Cup in New Ross, but Davy Fitzgerald’s men got revenge on Sunday, when their ‘extra man in defence’ game plan caused the home side huge problems in Nowlan Park.
Cody said Wexford deserved to win, definitely. Kilkenny had use of the strong wind in the first half and didn’t harness it to full advantage, going in level at half time.
“We fought away after half time, but they were the better side and deserved to win,” he insisted.
Strong all over
“Throughout the field they were strong. We probably didn’t take our chances in the first half, but in saying that, Eoin Murphy was outstanding in goal and they could possibly have had more goals.”
When asked what he thought about some of the decisions by the referee he was slow to respond.
When it was suggested Kilkenny might have been awarded a penalty in the first half he agreed, but he didn’t expand.
“I wouldn’t even begin to suggest that that might have changed the game at all,” he replied to the suggestion that a goal at that stage might have changed things. “I couldn’t say.”
What Kilkenny got from the League campaign drew a like, terse reply after he ran through the results of matches: “We got to the quarter-final and were beaten by a very good team. So we certainly got some very good matches out of it.”
He didn’t offer much on Wexford’s game plan, which involved midfielder Shaun Murphy dropping back to play between the two lines in defence.
He said Kilkenny had a fair idea how Wexford would play after they cruised through Division 1B. They had won all their games and they were on a real serious roll.
“It wasn’t a case of us thinking that we hadn’t a serious challenge,” he insisted. “We knew we had a huge challenge, and if anyone else wasn’t sure, they know now.”
To inquiries about the fitness of Michael Fennelly he said the former All-Star was “a long way away” from playing.
“I honestly have no idea,” he said of a possible return date for the Ballyhale Shamrocks man.
“He’s a long way away because he’s coming back from a serious surgical procedure as a result of a serious injury, so he’s in rehab at the moment working really hard. The time scale? There is none.”
The news on Conor Fogarty was better.
He had a niggling hamstring, and it was decided not to risk him.