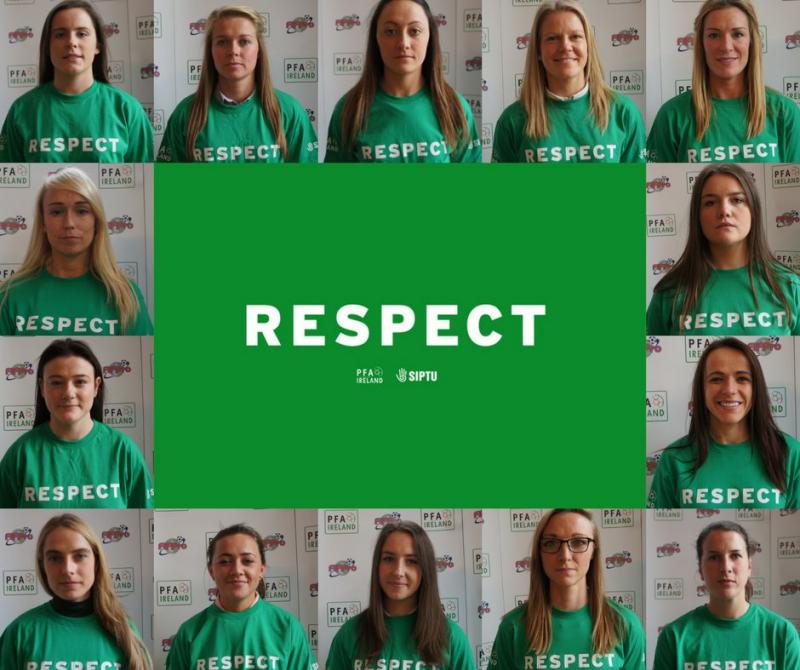 Kilkenny voices played a big part in solving the dispute between the Republic of Ireland women's senior football team and the FAI.
Piltown native Karen Duggan was among the group of players who made international headlines when they aired their grievances with the country's footballing governing body on Tuesday.
Duggan, who was recently named the Women's Senior International Player of the Year, was among a number of players who held a press conference to highlight the sacrifices they have had to make when representing their country.
A loss of earnings, lack of coaching support and player apparel were among the issues raised by the team.
"This has been an ongoing process for so long," Duggan said when speaking on The Last Word. "The point of this is to develop the standards of the women's national football team in Ireland and to progress as a group of players now and in the future. We've had so much support from people both inside and outside of the football community."
The team took issue with the FAI in relation to a number of conditions which they felt were unsuitable for a national side. One of the most eye-catching revelations came when the team spoke of how they were forced to use airport bathrooms to change out of national tracksuits after competitions as the garments would be collected for other national teams to use.
"Many of us give up time away from work, family and friends for a chance to represent our country," the players said in a joint statement. "Last year we gave up over 40 working days to train and prepare for international games. This level of commitment is unsustainable in the current framework.
"We currently receive no loss of earnings, no match fee or bonus for the time given to represent our country. Over 60% of the squad are non-professional. Many careers are on hold and it is becoming financially unrealistic to continue under the current parameters.
"We are elite athletes and compete on the world stage," they added. "Yet our treatment is far from where we feel it should be."
The team, who were represented by the PFAI and SIPTU, opened talks with the FAI yesterday (Wednesday). Following nine hours of mediated talks, discussions concluded shortly after 4am this morning (Thursday). The representative panel, which included Goresbridge native Denis Hynes, came to an agreement with the FAI on the issues in dispute.
“Following intense talks, where the players were represented by PFA Ireland officials and Sector Organiser, Denis Hynes, and myself on behalf of SIPTU, an agreement on the issues in dispute was secured," said SIPTU Services Division Organiser, Ethel Buckley.
“This landmark agreement was only possible due to the organisation, bravery and commitment of the national team players. Their courageous action in publicly outlining their concerns provided their union representatives with a solid foundation from which to engage with the FAI and find a just resolution to this dispute.
“The events of the past two days amount to a short, sharp and successful campaign to advance the rights of women in sport. They are also a reminder that in any area of modern Irish society women should never accept being treated as second class citizens.”
News of the agreement was confirmed by the FAI.
"Discussions between both sides came to a successful conclusion earlier this morning, where all ‘Issues to be addressed’, as outlined by the Players, were successfully resolved," they said in a statement issued this morning.
"Following the positive outcome to the mediation process the Players confirmed that they will return to training today, in preparation for their international fixture against Slovakia on Monday at Tallaght Stadium.
"The Association is pleased that both sides have reached common agreement and a settlement, which allows the two parties to move forward together as one, in the best interests of Irish football."