McCalmont final was all about fast starters 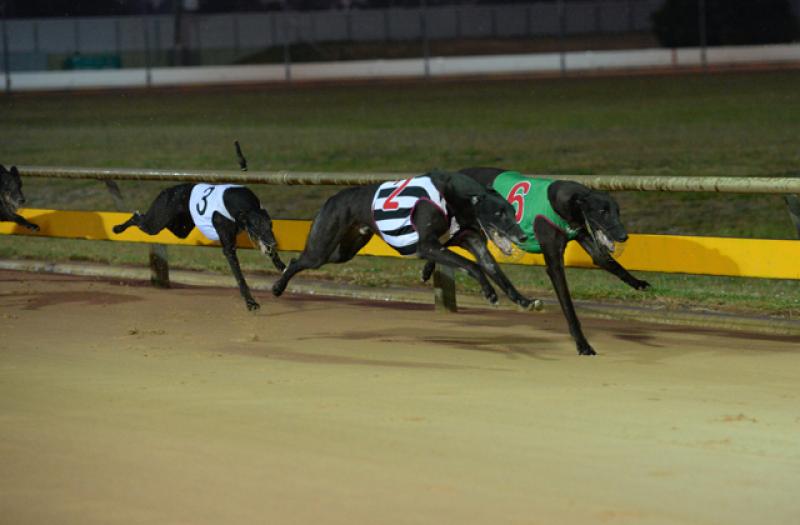 The final of the McCalmont Cup took centre stage at Kilkenny track on Friday night where a field packed with early pace lined up.
It was going to be key to get around the bend in front, so when the favourite Droopys Payet missed the kick his chance was gone.
However, Karlow Crean got it right as he pinged out from trap 4 and led the field by two lengths around the first bend.
The lead was up to three lengths by the second bend as Tibet chased Karlow Crean. Tibet closed to within two lengths rounding the third and looked a real danger.
As is his style, Karlow Crean drifted wide off the last and gave Tibet and the fast finishing Maireads Spring one final chance.
Owned by the W-k-c syndicate, Karlow Crean (Ace Hi Rumble-Karlow Ming) dug deep and held on to claim the €4,750 first prize by a length in 29.08.
The other finals on the night were won by Yaya More Pints and Berkey.
The card opened with a staying contest. Fast Fit Misty started well and set the early fractions, going on to hold a three length lead over Almost Blazing at the third turn.
Almost Blazing took over at the fourth bend before racing on to lead by two lengths turning for home.
Fast Fit Misty tried to battle back, but Almost Blazing, trained by Donal Kehoe, motored on to win by two and a half lengths in 41.30.
Rathmoyle Fudge started well on the outer in the second contest but just wasn’t able to get the bend as Old Road Teddy led around on the inner.
Old Road Teddy moved two lengths clear into the second as Power Dragon gave chase.
The lead was up to three lengths by the third but Power Dragon was still within striking distance. Old Road Teddy didn’t let up though and saw off Power Dragon by a length and a half in 29.59.
Baileys Duke and Slaneyside Cora showed well from traps in the next race and went to the bend together.
Kicked clear
The former got the bend and quickly kicked three lengths clear. Baileys Duke stretched out going down the far side and was five lengths clear going for home.
There was no stopping Baileys Duke as he came home two lengths clear of Artistic Diva in 29.57.
Race four was the Kinloch Brae at Stud final.
This was the first final of the night. Black Lassie started fast and she went on to lead by two lengths up the home stretch followed by Yaya More Pints.
The challenger moved on terms rounding the fourth before powering clear racing down to the fifth bend.
The Jennifer O’Donnell trained Yaya More Pints ran his rivals ragged in the latter stages and came home a very impressive eight length winner in 40.82.
Mt Leinster Jayo filled the runner-up spot.
Next up was the Race Superior Product at Stud 525 final.
The prolific Berkey was at it again as he won this a3 final. Trumera Wood took a flyer from trap 3 and led Berkey into the opening bend.
Trumera Wood was just edging it out of the second bend, but rounding the third Berkey upped the ante and kicked into the lead.
Trumera Wood had no more to give and the Murt Leahy trained Berkey raced away to win by three lengths in 29.35.
Knockroe Devil and Downtomattys were the fast starters in the sixth race with Downtomattys getting the bend on the inner.
Knockroe Devil was back on terms by the second but into the third the Brian Ellard trained Downtomattys was once again in front.
Downtomattys pulled away up the home straight to win by four lengths in 29.32 as Sit Back came through for second.
The eighth race was level early and into the first bend. After some bumping at the turn, Condor Merlin went on along the rails and held a two length lead over Baileys Prince at the second bend.
Battled on
Baileys Prince was within a length at the third bend, but never quite got there as Condor Merlin battled on to win by a half a length in a time of 29.55.
The last race was an Open 525 and Condor Allie was soon in front.
However, she just didn’t get around the bend and there was plenty of bother. Starbucks Star shot into the lead and was five lengths in advance of Except Change heading towards the halfway point.
The lead was down to four lengths as Starbucks Star turned for home with Except Change now in top gear.
Except Change flew home but the David Flanagan trained Starbucks Star was not for passing and held on by a half a length in 29.51. 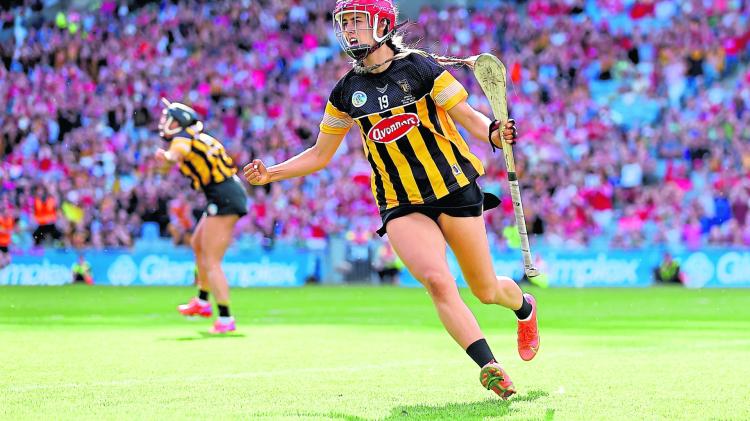