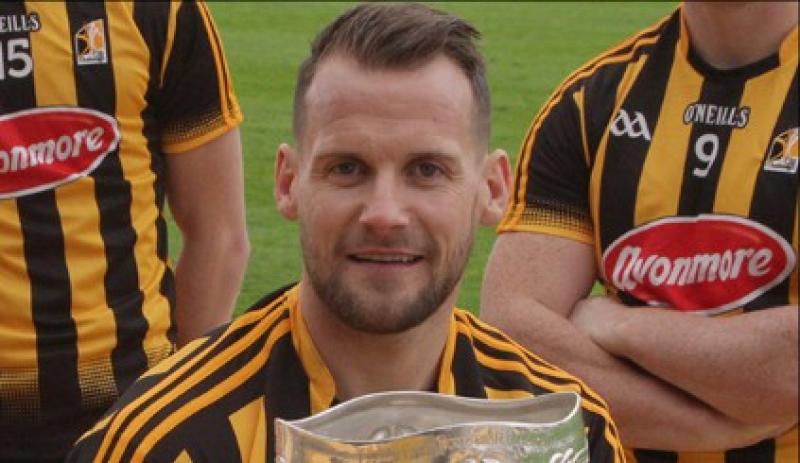 Jackie Tyrrell - one of the big leaders for James Stephens

James Stephens showed tremendous work-rate and unity from start to finish and in the end they ran out very easy winners over Bennettsbridge in the first round of the senior hurling league in Clara this afternoon.
The Village made a decisive break between the 20th and 25th minutes when they turned a two point deficit into a lead of 1-9 to 0-7. Matt Ruth and David Walton registered the points that brought them back level before they kicked on with a brace of points from Eoin Larkin.
When Tadgh O'Dwyer finished a great three man move started by Jackie Tyrrell by shooting a goal it really hurt Bennettsbridge, who were left trailing by 0-8 to 1-11 at the break after what had been a generally close half.
The losers had the opening point of the new half from Nicky Cleere (free), but when David Walton converted a free in the 33rd minute in reply, James Stephens took over and they kept motoring away to run out good winners.
SCORERS: James Stephens - D. Walton (0-6); T. O'Dwyer (1-2); B. Crowdle (0-4); M. Ruth (0-3); E. Larkin, R. Coady, S. O'Donoghue (0-2 each); L. Scanlon (0-1). Bennettsbridge - N. Cleere (0-10); E. Cleere, K. Blanchfield, B. Lennon, D. Walsh, W. Murphy (0-1 each).