'Irelands slip through gears to win as Lisdowney stall is costly 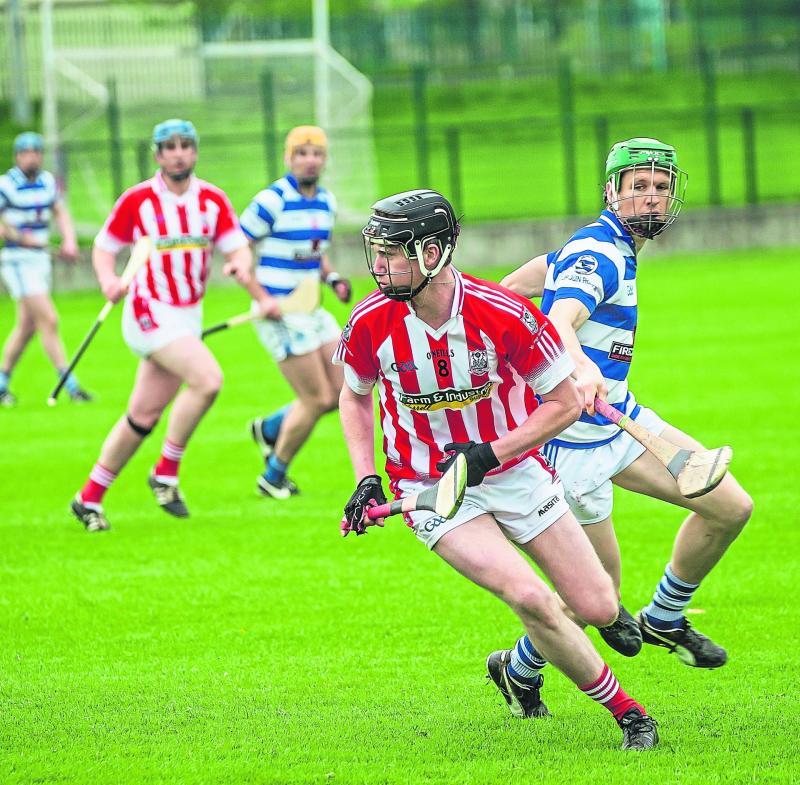 When they look back on the opening round of the league, Lisdowney will be left wondering how they let victory slip through their grasp.

For 20 minutes of Saturday’s intermediate league meeting with Young Irelands Lisdowney simply sparkled in John’s Park. Everything they hit seemed to go over, while their opponents struggled to get going.

After that? It was their turn to be left in neutral as ’Irelands tore through the gears and took a firm grip on the game.

There were a couple of factors to chart how the game turned Gowran’s way. The role of free-taker Paul Holden was one, but perhaps even more so was the way they put a vice-like grip on midfield in the second half and squeezed the life out of Lisdowney.

Swarming the middle third, the men in the took control, breaking down puck-outs and forcing the ball forward, much of which led to which were like food and drink to Holden.

The reversal in fortunes was baffling for Lisdowney, who threatened to run riot in the early stages. After quick points from Aaron Fogarty (free) and Niall they almost bagged a swift goal. They would have too but for the quick-thinking of Philip O’Donnell, who got back to clear the sliotar off the line after Michael Kenny’s shot had found a way through a packed Gowran defence.

Lisdowney pressed on, moving further ahead thanks to Fogarty (0-2) and Conor O’Carroll.

Young Irelands finally shook themselves into life near the end of the quarter, but Lisdowney matched them score for score. It could have been much worse for Gowran, who conceded a penalty when O’Carroll was hauled down in the square, but Aaron Fogarty’s blistering strike cannoned back off the left post.

They shrugged off that miss, Fogarty making it a four-point game soon after. At that things looked good for Lisdowney, but within minutes their lead was wiped out. A late Holden free was followed by an even later attack which saw Thomas Carroll crash the sliotar home at the end of a sustained Gowran attack to leave the sides all square at the break (0-8 to 1-5).

The wind had been taken out of Lisdowney’s sails by Gowran’s late surge, but they quickly regained their composure after the restart. It took Niall Kenny just two minutes to fire his side back in front when he pounced on a loose ball and rifled it into the bottom right corner of the Gowran net.

That goal looked like being the moment for Lisdowney to kick on again, but Young Irelands were quick to hit back. Paul Kehoe steadied the ship with a point to which Sean Carey added another, battling his way into shooting space on the right.

Lisdowney did edge ahead again (1-9 to 1-8) thanks to another Fogarty free, but they were beginning to lose ground in midfield. ’Irelands began to squeeze their rivals in the centre, dominating possession and crowding Lisdowney out.

It wasn’t long until the tactic turned into scores. Sean Kehoe and Paul Holden (0-2) quickly fired their side ahead. Fogarty managed to pull one back for Lisdowney – their first score in 11 minutes – but another Gowran surge left them facing an uphill task. Conceding didn’t help, as Holden helped widen a gap with the assistance of the hard-working J.P. Treacy and Sean Kehoe.

Lisdowney, to their credit, didn’t give up but the big scores they needed never materialised. Fogarty kept them ticking over, converting a late trio of , but Young Irelands refused to let them get too close before the final whistle.