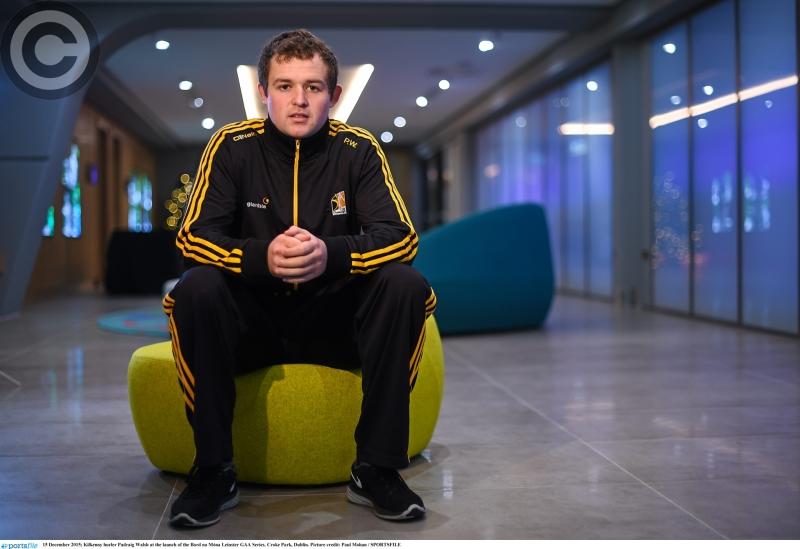 Tullaroan were left reeling by the extent of the injury suffered by their Kilkenny star, Padraig Walsh.
The 25-year-old starred in Tullaroan's 3-17 to 1-16 win over beaten county finalists, Tullogher-Rosbercon during the opening round of the intermediate hurling league last weekend, scoring 1-1, and he was only deprived of a second goal by a blinding save from 'keeper, Martin Roche.
Walsh looked fine starting off at No. 11, but he was visibly limping during the second half and in the end he moved to a less demanding role at full-forward.
"We were shocked," admitted Tullaroan chairman, Dick Walsh, when a scan subsequently showed that Walsh was carrying a serious injury.
The problem has been diagnosed as a fracture right heel. Although the All-Star is due to meet a specialist on Tuesday for a review, it looks almost certain he will be sidelined for up to eight weeks.
If that is the case, Walsh would miss Kilkenny's opening clash in the Leinster senior championship, most likely against Wexford in Wexford Park on June 10, and two important league matches with his club.
"He has been our main man for the last two seasons. He plays centre-forward, but he can play anywhere really," Mr Walsh added. "He will be a huge loss for us."
Tullaroan are scheduled to play senior side of last season, Fenians (Johnstown) in the league in Urlingford on Friday and then they face Glenmore in the third round on May 19.
Apparently Tullaroan played a challenge match the previous week and Walsh complained about pain in the heel and was taken off. Thoughts then were that it might be a simple strain, and no on expected the serious problem the scan revealed. The feeling is that Walsh suffered the injury while training with the county squad.
Walsh was played at full-back by Kilkenny throughout the National League as they put a new shape to the team beaten in last year's All-Ireland final. Manager Brian Cody and his selectors will now have to find a new candidate to fill the No. 3 shirt.