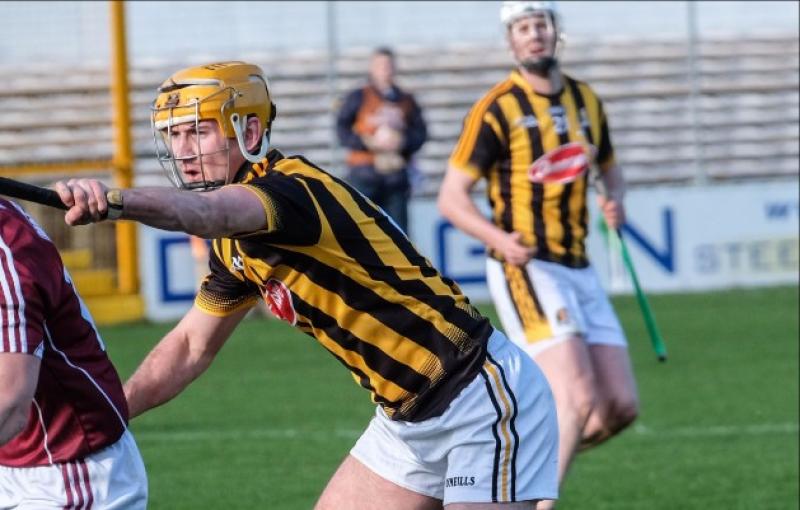 Points in the 60th and 62nd minutes from Oisin Gough and Shane Stapleton (free) earned Dicksboro a somewhat lucky win over James Stephens in a city derby clash in the senior hurling league in Nowlan Park today.
The Village took the lead with a fourth minute goal from Eoin Larkin, and they led most of the way from there. At half-time they shared parity at 1-4 to 0-7 (D), but within two minutes of the restart David Walton had the losers back in front after shooting a point from a free and they motored on nicely from there.
When the game hit the 55 minute mark 'Stephens were looking good when 1-12 to 0-11 in front.
Then a determined run by Dicksboro county player, Ollie Walsh, ended with him booting the ball into the net at the country end. The Village hit back for a point from a free by Walton following a foul on Larkin.
The 'Boro hit back with a pair of points from sub, Paul O'Flynn to level it at 1-13 each. The winners drove on strongly and points from Gough and Stapleton earned them their second victory.
SCORERS: Dicksboro - S. Stapleton (0-7); O. Walsh (1-0); S. Farrell, P. O'Flynn, O. Gough (0-2 each); C. Buckley, R. Murphy (0-1 each). James Stephens - D. Walton (0-6); E. Larkin (1-0); N. Brassil (0-2); N. McQuillan, S. Donohoe, J. McGrath, T. O'Dwyer, C. McQuillan (0-1 each).