Surprise visit was just the ticket for Peter! 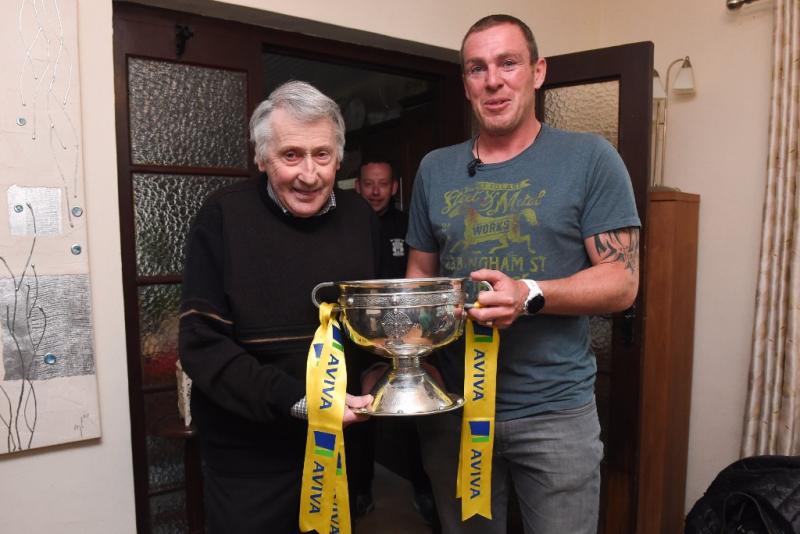 Former Republic of Ireland international paid a surprise to visit to Evergreen's Peter Maher on Saturday.

Dunne, an FAI Junior Cup ambassador, dropped in to see Peter on Saturday with two special guests - VIP tickets for next Saturday’s FAI Junior Cup final at the Aviva Stadium, and the silverware!

Peter has been at the heart of the club for over 40 years. In one season he managed every Evergreen team from under-9 right up to under-16 level. As manager he won the League and Cup at every age group with Evergreen. He was also a member of the FAI Schoolboys for several years.

Maher was even on several underage trips with his surprise guest on Saturday. His first words when Dunne appeared at his door on Saturday morning were “Do you remember that trip to Iceland Richard?”. 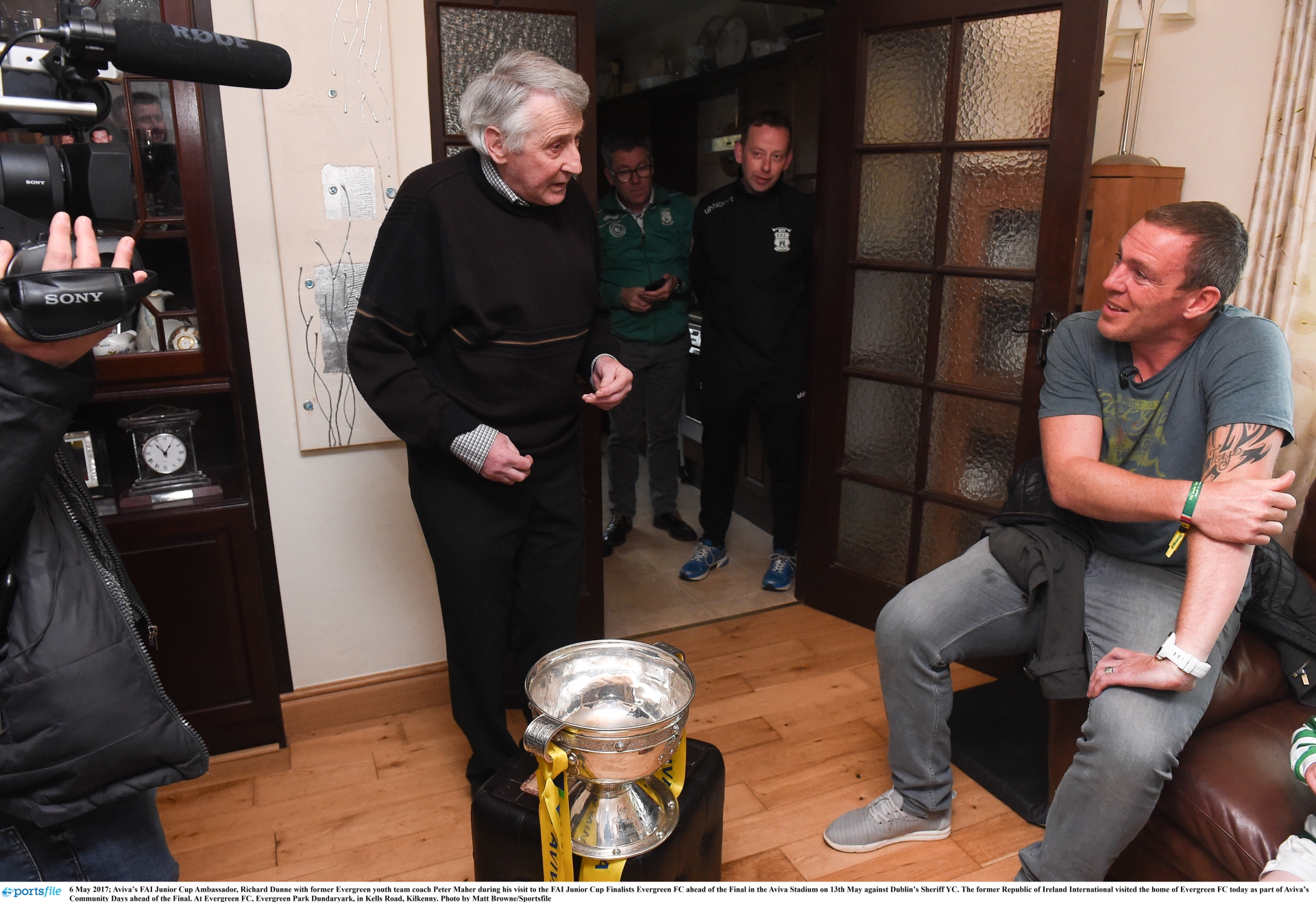 The Evergreen FC legend will now be Aviva’s VIP Guest to watch his club at the Aviva Stadium on Saturday as they take on reigning champions Sheriff YC.

The FAI Junior Cup final, in association with Aviva and Umbro, between Evergreen and Sheriff YC kicks-off at the Aviva Stadium at 6pm pm on Saturday. Tickets for the game are priced at €10 for adults, €5 for students and OAPs with free entry for all under-16s. Tickets are available through your local junior soccer club or at the turnstiles on the day.

Supporters are also encouraged to “Bring Your Boots” to the final on the day to be in with a chance to be one of ten people to take a penalty at half-time on the Aviva Stadium pitch. For more information see www.bringyourboots.ie