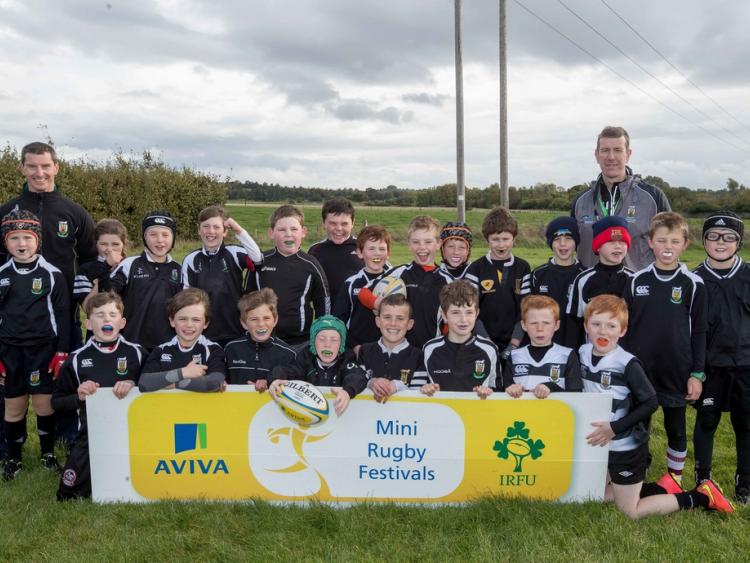 The Kilkenny mini rugby team who will be heading to the Aviva Stadium on Saturday.

A mini Kilkenny rugby team is gearing up to play on the biggest stage of all!

For Kilkenny Rugby Club's under-10s, Saturday will be a big day as they head to Irish Rugby's headquarters to play in the National Mini Rugby Festival.

The team were selected to play at the home of Irish rugby. They will be sending a boys' under-10 side to the event, which will see both boys and girls teams take part at under-10 and under-12 levels. The National Festival is being held in the home of Irish Rugby, the Aviva Stadium, for the fourth time thanks to Aviva’s sponsorship of Mini Rugby.

Twenty clubs from all over the country will play against each other in a non-competitive and fun environment. This gives the players the chance to develop their skills on a pitch that has been graced by some of the world’s greatest rugby players in the past 12 months.

Ireland and Leinster star Mike Ross and Irish women’s international Jenny Murphy will be there on the day to give tips and advice to all the players and coaches in attendance. Each of the competitors on the day will receive a certificate of participation signed by Irish internationals Jamie Heaslip, Rory Best and Robbie Henshaw.

More information on the Aviva Mini Rugby National Festival is available from www.aviva.ie/avivaminis