O'Loughlin's down 'Shock to stay top of table 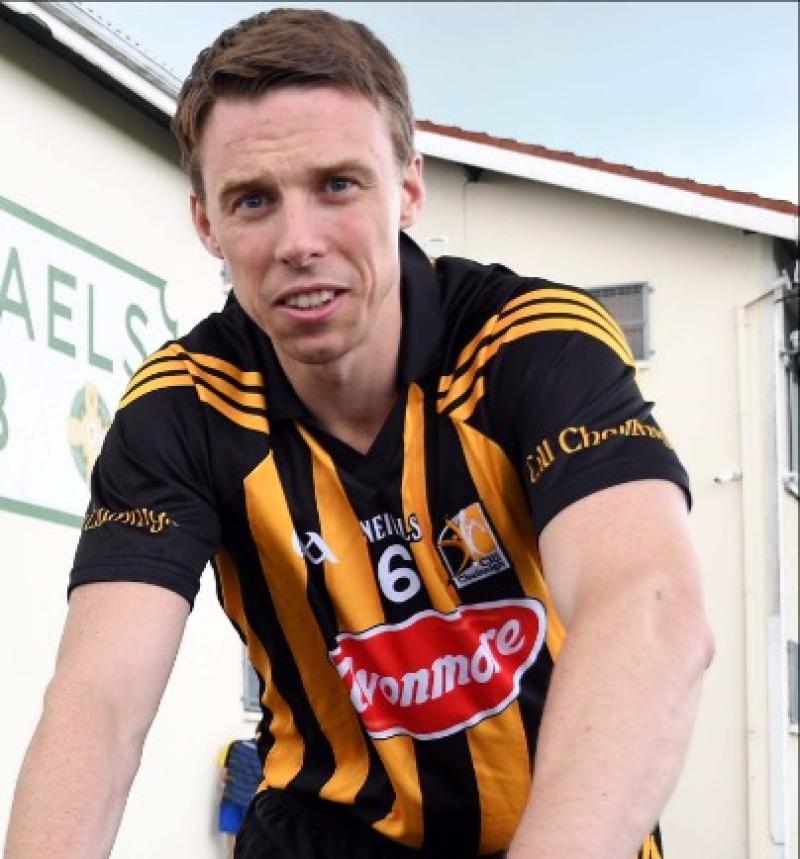 The return of former Kilkenny star, Brian Hogan, made a big difference to the O'Loughlin's defence

Unbeaten championship holders, O'Loughlin Gaels maintained their good run and place at the head of the Group A table in the senior hurling league when they scored a fine win over Carrickshock.
The winners were set on their way in the fifth minute when goalie, Stephen Murphy, made the journey up field to drill home a penalty. With the help of a second goal from Mark Kelly, who diverted a shot from Mark Bergin into the net, the winners led by 2-5 to 0-10 at half way.
Carrickshock, who were without the Power brothers, Richie and John, who is nursing a hamstring injury, kept within touching distance through the second half with deadly free taker, Kevin Farrell punishing the opposition at every turn.
However, the wily champs kept their noses in front to claim their second victory although former Kilkenny star, Martin Comerford (broken hand) was missing from their attack.
SCORERS: O’Loughlin Gaels - M. Bergin (0-5); M. Kelly (1-4); S. Murphy (1-0); C. Bergin, D. Burke, R. Buckley (0-2 each). Carrickshock - K. Farrell (0-8); D. Walsh (0-3); D. Brennan (0-2); Brian O'Donavon, M. Rice (0-1 each).