On The Tee - news from Kilkenny's golf clubs 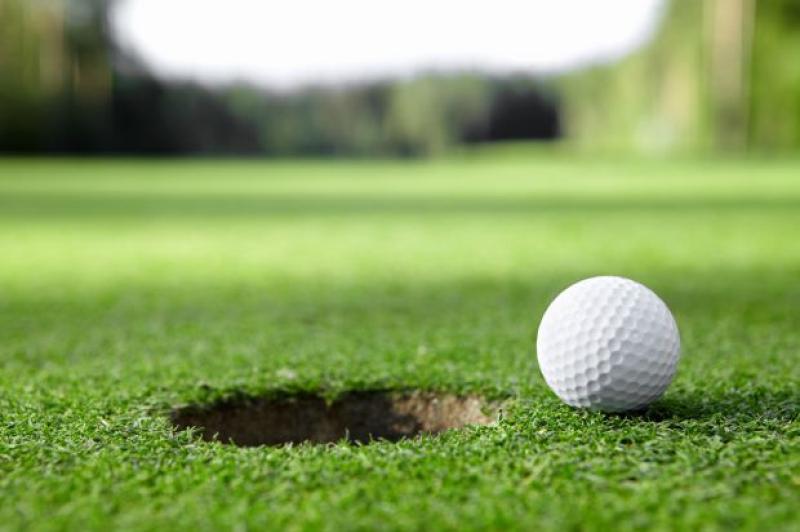 The men’s Junior Scratch Cup and the third round of the members’ Summer League were held at Mount Juliet GC over the weekend.

SCRATCH: The Junior Scratch Cup results sheet comprised of visitors only, with no local players featuring. The cup was won by Luke Flynn from Dunlaoire with a fine score of 75 gross. He had two shots to spare from his nearest rival, John Canny, from Dundrum, Co Tipperary.

Luke covered his first nine holes in a one over par 37 shots, dropping one shot to par on the seventh hole. He birdied the 12th hole which gave him a cushion for his remaining six holes which he needed as he dropped shots on the 15th, 16th and 18th holes but still held on to win by two shots.

In third place a shot behind the runner-up came Shane Fleming from Slade Valley GC. The nett prize went to Seamus Ahern from Waterford GC with a score of 72.

SUMMER: The third round of the Summer League was played on Sunday morning. Some solid scoring was registered, especially by the Lady Captain, Alison Hoyne, who won the ladies section with a fine score of 41pts. Alison had nines of 25 and 16pts respectively on her way to a comprehensive win.

The men’s section was won by Jason Devine with a score of 38pts. Jason had a shot to spare from Pat Joyce, while Paul Madigan filled third place with 36pts.

The Barton Cup squad were out in force for Callan GC when they took on Wexford GC in their third round match on Sunday.

At home Paul Norris and Jamie Tennyson were first into action, followed by Richie Condon and Shane Roche and the pairing of Jeff Lynch and Liam Hennessy.

The locals went down the 10th two up in one match, one up in another and three down in the third. Paul and Jamie, who were out against Wexford’s two best players, fought back to get back into the match by the 15th and were very unlucky to lose on 16 to a good par. At this stage Callan were one up in Wexford where Nicholas Walsh and Keith O’Dwyer won their match  on 16, Nicky hitting an incredible chip to hole out and win three up and two to play.

Jeff and Liam went down 15 dormie, only needing one half over the next four to win. The Wexford lads piled on the pressure and won 15 and 16. The 17th par five saw Jeff hitting their second shot to the 180 yard mark and Liam then hit it to 15 yards of the green. The Wexford lads were on in four but 20 feet left of the pin. After Jeff chipped to six feet the Wexford pair needed to hole their putt to win the hole if Liam missed. Their putt stopped millimetres short and Liam confidently slotted home his putt to make it 2-2.

Richie and Shane were one up going down the 18th. It had been a titanic struggle over the previous 17 holes. After some astounding golf it took a rare mistake from Wexford on the 18th to give Callan the last victory the team craved.

KIRBY: The draw has been made for the Kirby mixed foursomes competition. Draw sheet pairings are posted in the restaurant upstairs.

LADIES: The Boyne Cup team went down to Castlecomer GC on Saturday.

Children under 10  years of age must have a parent remain with them on the course at all times.

LOTTO: There was no winner of the golf club lotto jackpot. Numbers drawn were 14, 24 and 35. Lucky dip winners (€30) were Margaret Power, Tommy Coyne and Eimear Kealy. The jackpot is now €3,550.

COURSE: The course is back in top class condition, with the greens earning rave reviews from golfers.

All members are asked to take and use a divot repair sand bag from the first tee and return same to the station at the 18th hole after each round. Golfers also requested to refrain from bringing buggies onto the aprons of greens as this can cause considerable damage.

The course manager reminds all players that the practice putting green is for putting only. Practice chipping onto the green is not allowed.

There will be an open three-person champagne scramble at Mountain View GC this weekend.

The competition is open to teams of any combination using full GUI and ILGU handicaps with two scores to count on each hole. The format will be stableford and three drives are required from each team member. Entry fee is €5 for members, €15 for visitors.

SPRING: The final of the Spring League will be held on Sunday, June 11.

The Captains’ Prize will be held at Gowran Park GC on Saturday, June 10.

Captains Peter O’Shea and Helen Dunne are looking forward to the day and wish all members the best for the competition.

The timesheet is posted on the notice board and will remain open until Wednesday, June 7. The draw will be made after the members’ nine-hole competition that evening.

The redrawn timesheet will be available online and from the golf office from Thursday, June 8.

FUNDRAISER: The annual club fundraiser will be held on Sunday. The timesheet for the open two-person team event is now open. Booking through the Pro Shop, tel 056-7726699 or online.

FOURBALL: An open fourball competition will be held on Sunday, June 11. Timesheet available from the office, tel 056-7726699 or online.

INTER-CLUB: The Pierce Purcell team take on the New Forest team in Millicent GC on Saturday.

NINE: The members’ nine-hole competition continues this evening (Wednesday). There is no timesheet in place - members are invited to turn up and join in with fellow golfers to enjoy a relaxing round, which is followed by a social get-together.

SCRAMBLE: The first semi-open fun nine-hole scramble of the year will be held on Friday, June 16. Draw for partners is at 6pm with a shotgun start at 6.30pm. Presentation of prizes will be followed by a barbecue.

After a washout on Saturday almost 80 players tackled the men’s open singles 18-hole stroke competition in beautiful conditions at Castlecomer GC on Sunday.

The day was calm and balmy and the course in tremendous shape. After opening with an eight on the par five first, Patsy Brennan steadied the ship and played a very solid round of golf to the finish.

PRESIDENT: The President’s Prize will be held on June 10 and 11. Format is an 18-hole stroke event.

KEOGH CUP: Castlecomer had a good win in the first round of the Keogh Cup on Saturday.

REVIVE: The Revive Active fourball team had a great battle with Kilkenny GC. Kilkenny came out on top, winning the last match on the 18th hole.

The preliminary round of the club fourball competition at Borris GC must be played by Wednesday, June 14.

CLUB: Entry sheets for the club masters and club foursomes are now posted in the men’s locker room.

LOTTO: There was no winner of the club lotto jackpot. Numbers drawn were 1, 4, 10 and 21. Next draw is today (Wednesday) at 12 noon. The jackpot will be €3,300. Tickets are €2 and are available from club members and at the clubhouse bar.

The Barton Cup team had a great win over Portarlington GC.

In what was a great week for the club the Moore Cup team scored an excellent win in their local derby with Abbeyleix GC.