On The Tee: News from Kilkenny golf clubs and surrounds 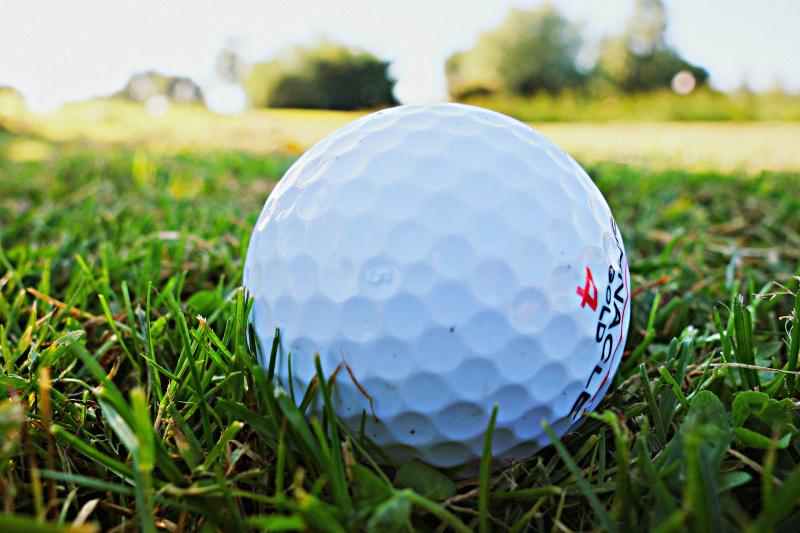 There was good news for Mount Juliet GC when the ladies intermediate team, managed by Annette Hogan, had a convincing victory in their match against St Helen’s Bay GC.

Button La Farge, Kathleen Hession and Lucia Ahern O’Flaherty won their matches by wide margins and with the result a formality the remaining two players, Mary Quigley and Helen Hedigan, were called in.

Next into action is the Irish Mixed Foursomes team, who take on Wexford with two matches at home and three away. This match will be played this weekend.

LADY HELEN: The opening round of the Lady Helen nine-hole weekly singles competition drew a record number of golfers on Friday last. Winner was Lady Captain, Alison Hoyne, with 19pts.

LADIES: The ladies continued their weekly nine-hole competition on Wednesday. Niamh Strudwick took the spoils with a score of 17pts.

SUMMER: The O’Dwyer Golf Summer League continued on Sunday. Paul Madigan won the event with a level par round off his handicap of 4 for 40pts and had four shots to spare from Tom Kelly with John McNena a further shot in arrears. The ladies section was won by Amelia Drumm with 35pts.

It was a case of so close, but so far for the Callan GC men’s Junior Cup team after they travelled to Portarlington for the regional qualifiers.

The team of Niall O’Sullivan, Nigel Dagg, Paul Norris, Nicholas Walsh and Cathal Byrne gave a good performance but were two shots short of qualifying for the semi-final and finals. Nicholas Walsh had a 75 shot round which was joint best on the day. The team managers were Martin O’Halloran and Denis Carey.

RGA: Monday is RGA Captain Glen Wilson’s day at the club. All members of the RGA are asked to play.

The Senior Alliance will be held in Waterford on Monday, June 19. The timesheet is posted in the locker room.

The Lady Captain’s day is on July 15. To be eligible to win first prize, players must have played in three 18 hole singles competitions in 2017.

JUNIOR: Golf lessons for junior members will be held every Tuesday from 7 to 8pm for the Summer months. Children under 10 must have a parent remain with them on the course at all times.

There was a great atmosphere for the annual club fundraiser at Gowran Park GC on Sunday.

PURCELL: The Pierce Purcell team beat New Forest GC 4-1 in their playoff match in Millicent GC. The team will play Royal Curragh GC in the quarter-final at a venue to be decided.

PRIZE: Captains Peter O’Shea and Helen Dunne are all set to host their Prize day on Saturday. The timesheet is posted on the noticeboard and will remain open until today (Wednesday) with the draw to be made after the members’ nine-hole competition this evening. The redrawn timesheet will be available from the golf office and online from tomorrow (Thursday).

FOURBALL: There will be an open fourball on Sunday. Timesheet is in place. Tee times available from the office, tel 056-7726699 or online.

SCRAMBLE: The first semi-open fun nine-hole scramble will be held on Friday, June 16. Draw for partners is at 6pm with a shotgun start at 6.30pm. Presentation of prizes will be followed by a barbecue.

BOYNE: The Boyne Trophy team had a great win in their first round match against Mount Wolseley GC recently. Three wins were secured in Gowran - Ann Mullins & Maura Coe won on the 13th, Nora Barron & Joan Murphy won on the 15th while Lady Captain Helen Dunne & Kate Hennessy won on the 17th. With victory secured the away pairings of Ann Farrell & Eithne Donnelly and Ger Hickey & Gay Latchford were each one up on the 17th when called in. The team, which is managed by Joan Murphy, will meet Castlecomer GC in the next round.

The weekend will be home to a golfing major when Honoria Fogarty holds her President’s Prize at Castlecomer GC.

Last year’s winner, Mr Pat Comerford will be out to defend his very much coveted title. With players coming into form and the course in immaculate condition, the weather will obviously have a bearing and if windy conditions prevail, naturally lower ball trajectories and iron play will have the advantage.

MOORE: The Michael Moore Cup team beat Killerig GC 4-2 in their match recently. Castlecomer will play The Heritage in the next round.

BEREAVED: Sympathy went to the Fogarty family, who have been bereaved by the death of Mr Michael Fogarty. The course was closed on Thursday last, as a mark of respect. Club members also formed a guard of honour at the removal to the Church of the Immaculate Conception.

The final of the Spring League will be held at Mountain View GC this weekend.

The top six qualifiers from each of the two category groups will compete. Participants will be notified by text regards their tee times.

MEDAL: The Monthly Medal competition will be held on Sunday, June 18.

The P.G. Walsh Cup was favoured by nice May weather at New Ross GC.

SINGLES: The ladies 18-hole stableford today (Wednesday) is sponsored by Jimmy Hanrahan. Prizegiving at 9pm tonight will be for all recipients of the following competitions - 3Ts, Mannions, Pink Day and Jimmy Hanrahan’s. All winners are asked to ensure they are present or have someone there as a representative.

INTER-CLUB: The Mary McKenna team have moved on to the next stage of their competition after a great victory over Enniscorthy GC in a home and away contest over the last fortnight.

The Minor team had a great win over Tramore GC at Waterford Castle on Saturday. Nerves of steel were shown by Ann Banville who battled on to the 20th hole to secure her match.

The Finn Trophy team will be next into action when they take on Wexford GC in New Ross on Sunday.

Players interested in the remaining spots should contact Jamesie Murphy by text on 085-1846172, or email jamesiemurphy@gmailcom ASAP.

The preliminary round of the club fourball must be played by Wednesday, June 14 at Borris GC.

Entry sheets for the club masters and club foursomes are now posted in the men’s locker room.

LOTTO: There was one winner of the golf club lotto. Numbers 6, 8, 19 and 26 earned a €3,300 jackpot for Denis Byrne. Lucky dip winners were Sean Hanafin, Justin Manning and Tom Quinn. The draw today (Wednesday) is for a jackpot of €1,000. Tickets, €2, are available from club members and the clubhouse bar.