As the teacher might say to Kilkenny - "You must do Better" 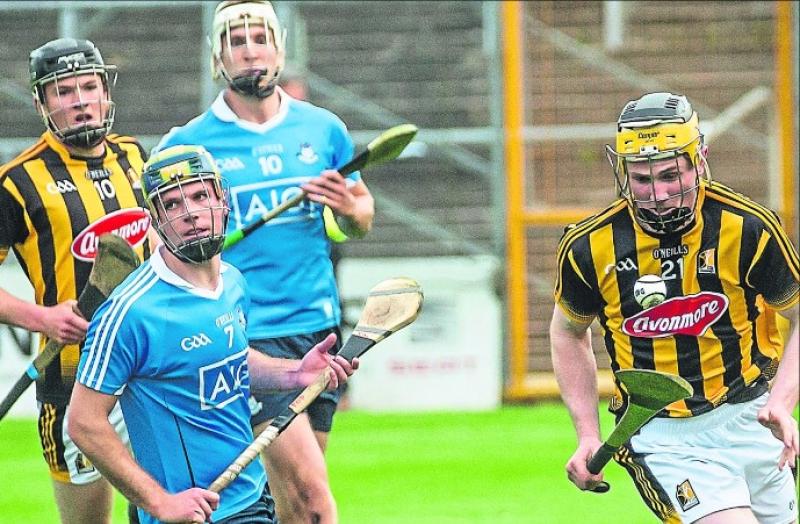 The summary was as the teacher might note when returning an exam paper to an under-performing student: “You must do better.”
All the same, it wasn’t a bad summary for Kilkenny, seeing that they had unseated the Leinster champions, Dublin, in their under-21 hurling quarter-final in Nowlan Park.
And now for a semi-final against Westmeath in two weeks time in Mullingar, where the Cats were sent crashing 12 months ago.
Motivation? What more could Kilkenny want than the chance to put one over Westmeath after they beat the Cats last season?
The only thing is there can be no excuses this time!
Dublin, to be honest, didn’t cut a convincing figure. Apart from full-back, Shane Barrett, Rian McBride, Colin Currie and Jake Malone they looked ordinary. Their touch wasn’t always good, and their battle plan of having certain players roving here and there simply didn’t work.
Kilkenny? Like the opposition, their first half shooting was bad (they had 7 wides; Dublin 9). That half produced 16 scores and 16 wides. Make up your own mind about it.
Held lead
Kilkenny had the game won passing the 47 minute mark when they held a lead of 0-17 to 0-10 while playing with the fresh breeze.
Somehow they contrived to surrender the initiative. The next four scores were pinched by Dublin’s Colin Currie (2), Donal Burke and Rian McBride during a productive six minute spell.
Suddenly there was wind in the Dublin sails. They looked threatening. Kilkenny looked a bit edgy.
Sub John Donnelly then threw over a great point from the left sideline, 35 metres range shooting into the country end. It was a significant score.
The visitors hit back for a like score from Currie, but Donnelly had interrupted their charge.
The Thomastown man mounted a bit of a road block when he repeated the high level act, this time scoring from the other sideline.
Back On Track
And when fellow sub James Bergin clipped over a score Kilkenny were back on track, back 0-20 to 0-15 in front; in the semis.
Dublin finished well. They might have sneaked a goal, but home guardian Darren Brennan kept them out. There was an exchange of points, but that was the sum total of the threat.
The opening half exchanges weren’t an awful lot different.
Twice in the early stages the scores were level, but then Kilkenny dominated possession, even if they didn’t reflect it on the scoreboard.
On two occasions they led by four points, but three scores for the Dubs during the closing five minutes left them better placed than they might have deserved at half-time (0-9 to 0-7). Just one Kilkenny score came from a free.
Eager Look
There were aspects of Kilkenny’s play one liked, really liked. There was an eager look about the team, and a ‘give and go’ approach when off-loading the ball would have gained better returns with more luck.
Billy Ryan and Conor Doheny were wonderful during the first half. The former decorated his fine effort with two smashing long range points. Doheny was all over the place winning good ball.
Doheny was part of a strong looking line with Jason Cleere and Tommy Walsh. Michael Cody back in the corner did very well also.
Sean Morrissey, Pat Lyng and Shane Walsh can be happy enough with their efforts too.
The impression was that there is more in Kilkenny.
For me, promise outshone the negatives.
SCORERS: Kilkenny - Alan Murphy (0-7, six frees); Billy Ryan (0-5); Shane Walsh, John Donnelly (0-2 each); Tommy Walsh, Sean Morrissey, John Walsh, Liam Blanchfield, James Bergin (0-1 each).
Dublin - Colin Currie (0-9, six frees, one 65); Rian McBride (0-3); Donal Burke, Eoghan Conroy, Fergal Whitely, Cian O’Sullivan (0-1 each).
Kilkenny - Darren Brennan; Michael Cody, Conor Delaney, Ryan Bergin; Conor Doheny, Jason Cleere, Tommy Walsh; Huw Lawlor, Seam Morrissey; Pat Lyng, Shane Walsh, John Walsh; Alan Murphy, Liam Blanchfield, Billy Ryan. Subs: John Donnelly for L. Blanchfield; Luke Scanlon for P. Lyng; James Bergin for S. Walsh; Darren Mullen for C. Doheny; Conor Hennessy for J. Walsh.
Dublin - Jonathan Treacy; Daire Gray, Shane Barrett, Jack O’Neill; Cian Hendricken, Jake Malone, Paul O’Dea; Brian Bolger, Donal Burke; Eoghan Conroy, Fergal Whitely, Conor Burke; Colin Currie, Rian McBride, Pól Crummey. Subs: Eoghan McHugh for C. Burke; Cian O’Sullivan for P. Crummey; Carl Sammon for D. Gray; James McGuirk for Bolger; Ciaran Dowling for Hendricken.
Referee - Patrick Murphy (Carlow).