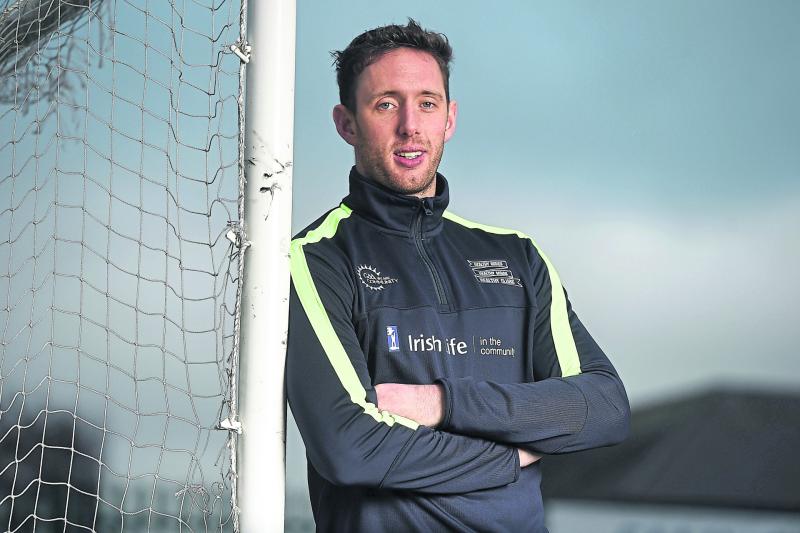 Not a lot of people remember this, but about three quarters of the way through the Kilkenny/Waterford All Ireland semi-final two years ago an unlikely suspect turned up in the Waterford half of the field, bursting forward with the ball.
He was wearing stripes and a green helmet. Shane Prendergast. An unlikely suspect alright.
The development was notable for one very good reason. This being 2015, Derek McGrath’s team were playing deep defence. Tadhg De Búrca as sweeper, numerous bodies in banks of three in front of him.
How to respond? Prendergast had the right idea. He didn’t stay in his corner leaning on his stick. He didn’t belt the sliotar aimlessly towards a pack of white jerseys who’d promptly return it with interest. Instead he charged up the field into a position where he could do damage, either by shooting from distance if no defender came out to meet him or by laying it off to an overlapping colleague if they did.
Knew What Was Coming
Waterford’s system having by that stage been well flagged, Kilkenny knew exactly what was coming and they circumvented it by pushing Cillian Buckley forward along the left and coming infield with short diagonal balls. Thus they isolated De Búrca and attacked the citadel from the flanks, as opposed to trying to batter down the gates of the castle with a frontal assault.
Wexford’s system has by this stage been well flagged. Kilkenny know exactly what’s coming next Saturday night. They have absolutely no excuse for trying to batter down the gates of the castle with a frontal assault.
Brian Cody’s approach at Wexford Park will, or at any rate should, be simple. Field the biggest, strongest, most hardened XV he possibly can and trust that this will suffice. Here’s one occasion where there will be no marks for artistic impression.
All the better if Michael Fennelly, the county’s most important player of the decade thus far, is regarded as being anywhere near championship pace. In that case Kilkenny will surely start him. Even 50 minutes of the county’s resident Robocop facing down the purple and gold hordes would be infinitely preferable to 50 minutes of him not facing down the purple and gold hordes. Certainly there’s no point in bringing him on as a sub.
Yet a bigger issue, not merely next Saturday but for the remainder of the championship, surrounds the county’s scoring returns. In their six outings in the league they hit a total of 5-104. Nearly half of that tally – 56 points - came from the stick of TJ Reid, with 43 points from placed balls.
Greater Scoring Spread
If Kilkenny are to be legitimate All Ireland contenders a greater spread of scorers is essential. This means Richie Hogan rediscovering his mojo, but that in itself won’t suffice. It also means Colin Fennelly and Walter Walsh complementing their hard work on the field by making an impression on the scoreboard.
The latter duo are among the hardest working, most diligent forwards ever to don the black and amber. Neither, as we know, possesses a tight or economical swing, meaning that the task of putting the sliotar over the bar doesn’t come easily to them. Not a mortal sin. Not everyone can be an assassin in the mould of Reid or Hogan.
Nonetheless, in this day and age no team with MacCarthy Cup aspirations can afford to carry non-scoring forwards, give or take Tipperary with Bonner Maher. If Fennelly and Walsh could find a groove this summer which yields each of them even 0-2 a game, every game, Kilkenny’s prospects would be considerably enhanced.
Wexford Park on Saturday evening would be a good starting point.