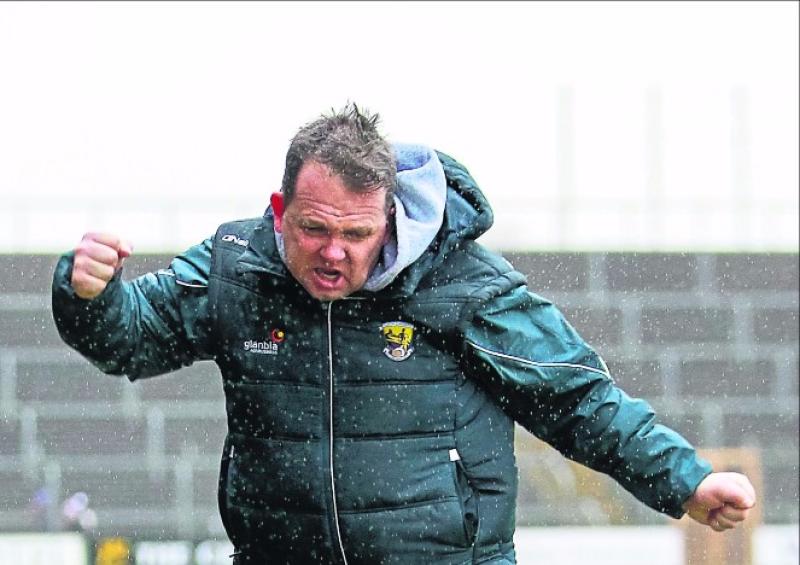 Wexford, playing a wonderful running game during the second half when playing against the strong wind, literally ran Kilkenny out of the Leinster senior hurling championship at Wexford Park this evening.

The victory was greeted with wild scenes of celebrations as Wexford ran up what was their first championship victory over the visitors since a late, late goal from Mick Jocob beat the Cats in 2004.

Wexford manager, Davy Fitzgerald, sidelined through suspension which ends at midnight tonight, received a massive ovation when he appeared in the stand just before the finish.

This was some win for Wexford, who now face either National League champions, Galway or Offaly in the Leinster final on July 2. Kilkenny now join the Qualifiers, which includes All-Ireland champions, Tipperary, among the contenders.

Kilkenny looked in deep trouble when the wonderful Lee Chin pointed a 65 in the 52nd minute to extend Wexford’s lead to 1-16 to 1-9. The Cats stormed back, goals from Colin Fennelly and T.J. Reid (his second penalty goal) in the 53rd and 55th minutes respectively throwing the match wide open.

Again Chin led the way for Wexford as he grabbed the next point to keep challengers bubbling. The action charged from end to end during the gripping closing 10 minutes, but Wexford held their nerve and out-scored the visitors by three points to two during to underline their superiority.

Confusion, in terms of where anyone was playing, reigned from the off with people doing man marking jobs, closing down opponents tactical plan or whatever. The teams as listed below mean little, apart from who started on each side.

Kilkenny enjoyed  a dream start when they won a penalty after 48 seconds. Colin Fennelly was fouled after fielding a high ball. T.J. Reid goaled from the penalty.

Wexford, backed by the strong wind blowing into the town end, powered on. They were back level after nine minutes.

Jack Guiney shot them in front within a minute, but with the Kilkenny attack misfiring - they ran up nine wides in this half - the visitors found it difficult to keep in step. Still the teams were together after 21 minutes (0-6 to 1-3) but Wexford were powering forward as every ball was contested with incredible intensity.

By the rest Kilkenny had withdrawn Padraig Walsh and Ger Aylward, whose shooting was totally off, to be replaced by Liam Blanchfield and Chris Bolger. The real contest was just about to begin, however.