On The Tee - Golf news from Kilkenny clubs and surrounds 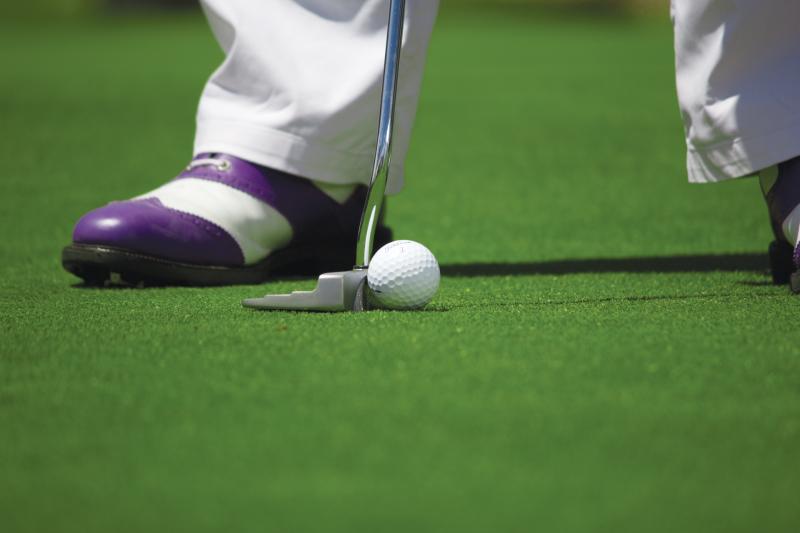 There was a good entry for the men’s invitation day at Mount Juliet GC. The winning team were led by Captain John Thompson, who just got the better of the Paul Mullen-led team on a countback after both teams scored 89pts.

On Saturday there was a member/guest singles. John Joe Farrell came out on top in the men’s section with 32pts while Mary Molloy won the ladies section with a good score of 37pts.

BRUEN: The Jimmy Bruen team, under manager Bryan Phelan, failed to make the playoff stages at New Ross. Of the 16 teams who played the club team came sixth.

STABLEFORD: Sunday’s member/guest fourball stableford proved to be a triumph for the father and son pairing of Gavin and Frank Smyth. Gavin recorded nine birdies in his round off the white tees. The Smyths had two shots to spare from their nearest rivals, Fintan and Ann O’Shea, who scored 42pts.

J.B CARR: Members are reminded that an 11am shotgun start is in operation for Sunday’s J.B. Carr Trophy. Presentation of earlier prizes won, together with prizes for the day, will be held at 5.30pm in the clubhouse. All recipients of prizes are asked to attend.

The competition, held in memory of the late Past President J.B. Carr, will carry bonus points for the Golfer of the Year competitions.

The Callan GC Barton Cup team were in fourth round action against Enniscorthy. Despite a good effort the team lost 3-2 to their Wexford opponents.

The Jimmy Bruen team were in New Ross for their qualifiers at the weekend but did not reach the playoffs. The ladies Finn Trophy team are still flying the flag, however, and reached the next round when they beat Edenderry on Sunday.

GET INTO GOLF: The Get Into Golf programme has been a great success to date, with a great turnout each week. Volunteers are needed to help on Tuesdays at 6pm. Contact Betty McGrath, tel 086-3782360.

Captain Glen thanked all who took part. He complimented the course staff and Margaret in the office for all her help.

The seniors will have no RGA on June 26 as it is open week but there will be a seniors two-person team event with a special over 65s prize. Seniors are also reminded that the senior ladies are having a charity day scramble on July 6 with RGA members invited to play. There is a list up in the locker for anyone who is interested in playing.

The ladies section of the President’s shield (Murt Duggan) was won by Berna Walsh with 30pts. Breda O’Brien was second.

JUNIOR: Junior golf lessons will be given every Tuesday from 7 to 8pm for the Summer months. Children under 10 years of age must have a parent remain with them on the course at all times.

LOTTO: There was no winner of the golf club lotto jackpot. Lucky dip winners (€30) were John Healy, Mary Hayes and Caroline McLoughlin. The jackpot is now €3,850.

Matt Dooley returned to the winners enclosure when winning the men’s 18-hole open singles stableford at Castlecomer GC over the weekend.

Showing magnificent form off the blue tee boxes he edged out an inform and improving Paddy Kehoe on countback. Matt recorded a great birdie two at the par three 15th hole. Both Matt and Paddy finished with a very commendable score of 39 pts. Michael Buggy had a tremendous round of golf off the blues and achieved a great gross score of 33 pts. A total of 81 golfers returned scorecards on a very warm weekend - the big issue in the heat was keeping hydrated!

CULLEN CUP: The Cullen Cup team won three and were up in the other two remaining matches in Bunclody when called in.

In the Challenge Cup the ladies took on Mount Temple in Birr. They all played in great style with wins on the 13th by Noreen Curry, Bessie Brophy on the 14th and Marjie Gannon on the 15th. The team will now play Newbridge in the quarter-final Portarlington on or before July 3. Team members also include Patricia Brennan and Eileen Healy and sub Marnie Brennan.

GET INTO GOLF: There has been great support for the ladies Get Into Golf programme. There will be great celebrations in the clubhouse after the final scramble of taster programme on Tuesday at 7.30pm.

SCRAMBLE: The Scramble competition continues every Tuesday evening and is open to both members and non members juniors and adults.Start time is 6pm.

Handicappers 10 to 18 are invited to Gowran Park GC on Sunday, July 2 for the first of the Scratch Cups of the year.

The Intermediate Scratch Cup will be played with a timesheet in place. Golfers can contact the office, tel 056-7726699.

MATCHPLAY - Members are reminded to get their matchplay games played within the specified dates. It’s the duty of the player on top of the draw to contact their opponent to arrange the match.

The junior weekly competition is held every Tuesday at 10.30am.

FRED DALY: The junior golfers put up a great display on Sunday before going down narrowly to Glasson GC in the third round of the Fred Daly Plate. Both Cian Russell and Jamie Holden took early leads but were beaten in their away games. At home Jack Foley, playing against a two handicapper won by 4&3. Conor Cleere overcame a five handicapper on the 18th after a great tussle.

It was 2-2 in the match with the last game to decide the winner. Harry Foley put up a great show to draw level on the 18th hole only to be beaten by an eagle putt on the 19th hole.

The Golfer of the Year competition is at the half-way stage at Mountain View GC. Seamus O’Brien is leading with a total of 330pts, followed in second place by Colm Hayes on 230pts.

CHANGE: There is a change of date for the Dan O’Neill Seniors Cup. The competition will now be played on Tuesday, August 22.

POT: Sunday’s Split the Pot winner was Kathleen Slattery. Next draw is on Sunday, with single entry of €2. Full details from the clubhouse, tel 056-7768122.

LOTTO: There was no winner of the golf club lotto jackpot. Numbers drawn were 3, 22, 23 and 24. Lucky dip winners were John Brennan, Rose Murphy and Siobhán Kavanagh. The jackpot is now €1,200. Tickets are €2 and are available from club members and at the clubhouse bar.