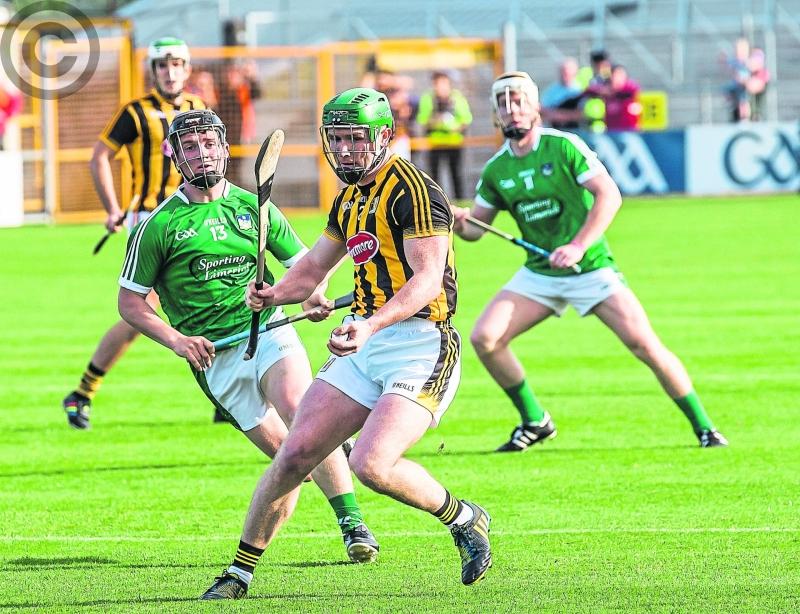 Michael Fennelly got out of bed in one piece on Saturday morning. In that moment Kilkenny’s weekend took a turn for the better and their interest in the championship remained alive for another week.
A turning of the corner or a stay of execution? More will be revealed against Waterford this weekend. But one thing is certain. If Kilkenny can overcome Derek McGrath’s men they’ll not only be in an All Ireland quarter-final, they’ll enter it with quite a head of steam built up. In that case a corner will very definitely have been turned.
Still, all in good time. Fennelly was back in the starting lineup at Nowlan Park and lo, it was good. Well, it was better than the starting lineup at Wexford Park anyway, and that was a necessary first step.
And Padraig Walsh was back too, and he helped secure the full-back line, and it was no coincidence that Paul Murphy had his best match in ages alongside him. And Cillian Buckley was a presence in the centre of defence. And Paddy Deegan had a fine evening at midfield, hitting three points, assisted in his turn by the proximity of Fennelly.
The forwards? Again Richie Hogan was completely out of sorts, while Colin Fennelly was every inch as ineffective as he’d been effective in Wexford Park and Ger Aylward never got on the ball often enough to be in any danger of repeating his wastefulness the same evening.
Unconvincing
All told, this was a highly unconvincing Kilkenny effort. More lads played well, or at least satisfactorily, than had been the case in the Leinster semi-final. A starting point, yes. A crossing of the Rubicon, emphatically not.
Their poise in possession has deserted them. Their decision-making was awful at times and their recycling of possession is now an issue that requires remedial action. Again and again they made a mess of the hand-pass and turned over the sliotar when attempting to run it out of defence.
The less said about the first half, a period in which the wides exceeded the scores, the better. It finished Kilkenny 0-10 and 10 wides, Limerick 0-8 and 13 wides, and it was dismal stuff. The visitors looked every inch as bad a team as they’d been against Clare in the Munster semi-final. With the wind to come, the hosts were surely going to kick on and win comfortably.
The Kilkenny of a few years back would have done so. The Kilkenny of 2017 don’t have the wherewithal to follow suit. Limerick screwed their courage to the sticking place – creditable stuff for a young team – and within eight minutes of the restart were level. From there to the end there was no shaking them off.
Most Important Player
Apologies for repeating a contention I’ve made merely 500 times or so in recent years, but Michael Fennelly has been Kilkenny’s most important player of the decade. He is the spoon that stirs the coffee, the doctor who makes everyone better, and if he wasn’t brilliant on Saturday he was busy and forceful and an attacking threat and – as ever – a leader.
What’s worrying, of course, is that at this stage, in the twilight of his career, he’s more important to the county than ever. Instead of relying on him less they’re relying on him more.
Fortunately for their sake Walter Walsh burst into the game approaching half-time and scored a couple of sublime points, the first of them from an angle on the right, the second an extraordinary effort from midfield. I’m still not quite sure how he made full contact with the sliotar.
T.J. Reid continues to toil ceaselessly and on Saturday he ended up with two points from play. It’s been a while since that happened, not through any fault of the Ballyhale man.
Kudos too to Brian Cody and his selectors. They were decisive on the line and if they didn’t get all their substitutions right they got two of them spot on. Lester Ryan 0-2, Kevin Kelly 0-2. It sufficed to propel the men in stripes over the line.
There is a reasonably good team in there trying desperately to break out. But the clock is ticking faster and louder than it was a couple of weeks ago.
And so Kilkenny beat on for another week, boats against the current, hoping beyond hope Michael Fennelly will manage to get out of bed in one piece next Saturday morning.