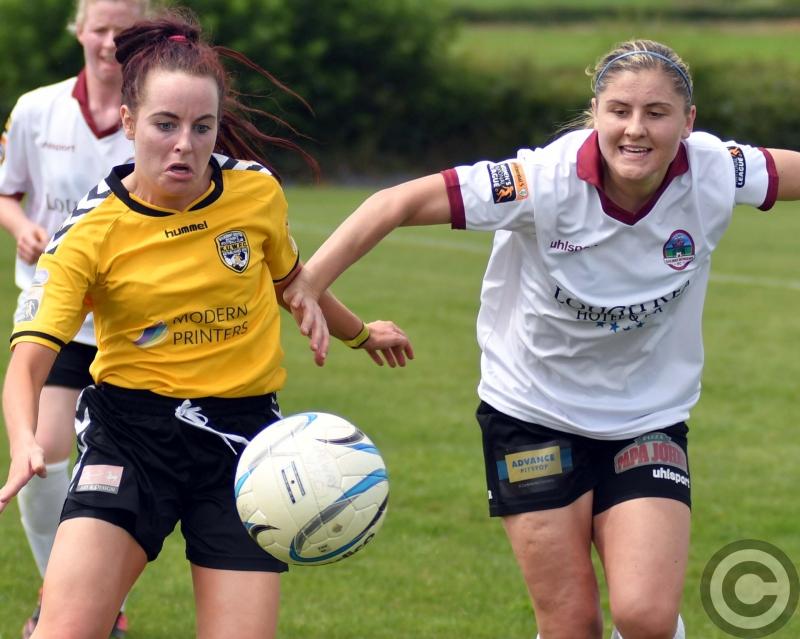 It proved to be a super Sunday as Kilkenny United finally scored their maiden win in the Women’s National League.

Leanne Tumelty was the history-maker, grabbing the goal that earned the Cats their first success in the League as they beat Galway in Thomastown.

United have been a changed side under new manager Casey McQuillan, and came into the tie with a cutting edge to their game. They went on the attack from the off, but had their stride checked when Bethany Carroll was forced off through injury after 28 minutes.

The relapse was temporary, as they showed when Tumelty’s 37th minute strike sailed over Tina Hughes and nestled in the back of the Galway net.

Spurred on by that goal Kilkenny kept the pressure up and searched for a second. They had to remain vigilant in defence though, as Galway pressed for an equaliser. The visitors went close to nabbing a goal but couldn’t get the finishing touch to a teasing cross. Emma Boyle played her part, defending well to deny the Connacht side. Play swung back up the other end before the break, with Becky Conroy unleashing a shot on goal, but her effort flew just over.

Kilkenny started the second half as they had finished the first, troubling Galway as they created chances. Michelle O’Reagan, Ciara Delaney, Emma Boyle and Erica Byrne remained solid in defence while Sylvia Gee kept a creative flow going in midfield.
With the momentum behind them, Kilkenny almost struck again when Tumelty tried to set up Becky Conroy but the ball was just behind her, while Aislinn Carroll glanced a chance just over.

Galway fought on. They thought they had found an equaliser, but were denied when O’Reagan cleared the ball off the line.

“It was a fantastic day and I'm delighted for the girls,” said a delighted McQuillan after the final whistle. “I’ve won the FAI Cup with Raheny at the Aviva and I would say the emotions were the same here and understandably so. When the club has been put down for so long and then you finally get a chance to stand up, it’s great.”

With their first points now on the board this campaign, McQuillan believes other teams will have to start taking Kilkenny more seriously now.

“They are a great bunch of kids but they just need the right guidance,” he continued. “This win is a step on the ladder.