European Athletics: talented Kilkenny trio are on track for an Italian adventure 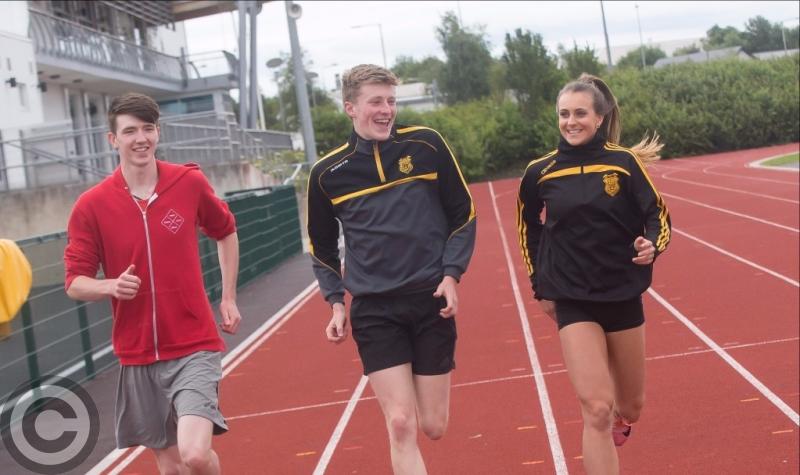 Kilkenny athletes David Murphy, Jack Manning and Ciara Deely will run for Ireland at the European Under-20 Championships in Italy PICTURE: PAT MOORE

Kilkenny’s incredible knack of producing international athletes has just seen another batch of Irish runners roll off the conveyor-belt.

Ciara Deely, David Murphy and Jack Manning, the latest trio to represent their country, will swap their club colours for the green of Ireland when they jet off to Italy for the European Under-20 championships.

The championships, which will be held in the city of Grosetto, will see a team of Irish athletes take on the continent’s best in four days of action at the Stadio Carlo Zecchini. And joining them are two of Kilkenny City Harriers (KCH) bright young prospects and a talented runner from Gowran AC who has been tipped for big things.

Pressure? There was anything but fear in their voices when they spoke ahead of their departure for the games, which start tomorrow (Thursday). Typical of youth, there was only excitement about what lies ahead.

“It’s great to have this chance,” smiled Jack Manning. “I’ve never been in an international competition before so it’s new ground for me.”

The excitement that comes with representing his country was there to hear in his voice, but Manning had some nervy moments before securing his spot in the team.

“I’m only competing in relay (Manning is running in the 4x100m and 4x400m events) so there weren’t qualifying times, but I did have lads snapping at my heels for a team spot,” he said. “It got nervous last weekend, when I wasn’t running a 400m at the National Juniors and other guys were that I was checking the clock to see what times they ran.

“I was refreshing the results page to see if other lads had run faster than me – I was just hoping they hadn’t!”

Like Manning, whose sister Cliodhna competed in the European Under-23 championships last week, another local member of Team Ireland is eager to take that first big step into international action.

“It’s my first big competition,” said David Murphy. “I’ve been at the Celtic Games and events which would have more of a local field, but this is a big step again. This is where competition really comes in.”

As someone who only took up athletics to try something new, being selected for Ireland is a ‘pinch me’ moment for David.

“I only got into athletics after a friend invited me to go training with the club,” said Murphy, who will run in the 4x100m relay and in the 100m individual event. “After that, every step is a bonus.” 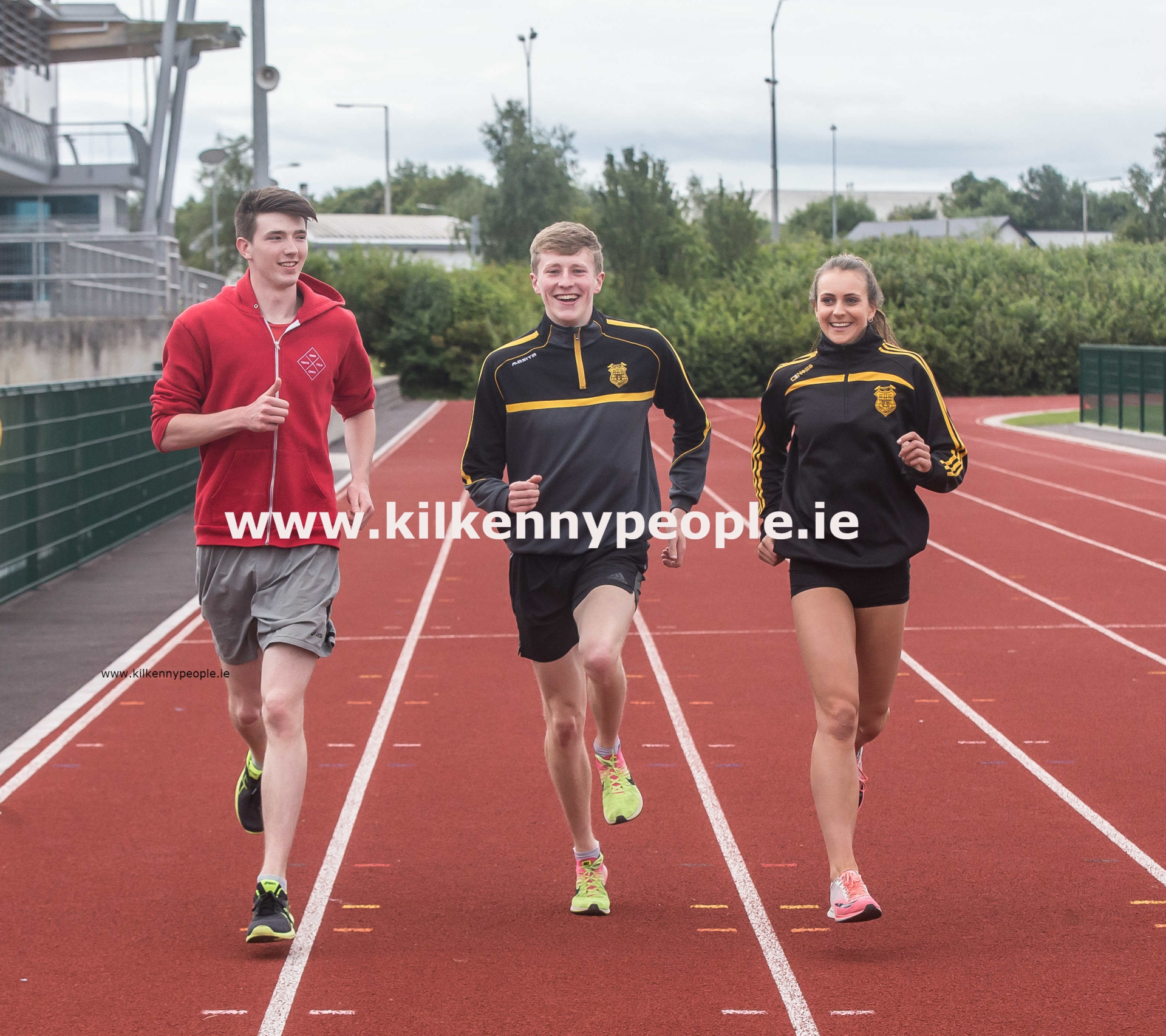 The Kilkenny treble is completed by Ciara Deely, who is part of the women’s 4x400m relay team. Deely is something of a newcomer to the 400m event, having previously focused on hurdles, but like her colleagues she is proud to have made the Irish team. In doing so, she has added her name to the long list of KCH athletes who have taken the same steps.

“It’s great to be part of the Harriers tradition,” she said. “There’s a lot of young athletes coming through at the club.

“I looked up to the likes of Joanne Cuddihy, Emily Maher and Eoin Everard and it was great to have them in the club as an example,” she recalled. “I remember Joanne coming up here after she competed at the 2012 Olympics and just watching her train with the club. It was a great experience to see that.”

The trio were relaxed as they prepared to take on their final training sessions, with the boys planning to get in some extra work before jetting off.

“David and I are on the 4x100 team which is quite technical, so we’ll have a couple of training sessions before the championships to work on a few things,” said Jack. “You’re trying to nail down the baton change, as medals can be won and lost in a matter of milliseconds.

“The 4x400m doesn’t have that kind of training – you just pass the baton and get on with it! Training-wise you’re not going to make yourself faster in a fortnight, so you have to rest up and make sure you’re ready and in top shape when the championships come around.

“You can’t have the baton slowing down – the second it slows down you’re losing time,” he said. “And it is all about margins at that stage. Something as small as 0.01 of a second can help decide places. You have to have that hand-off perfect.”

“There can’t be any hesitation,” echoed David. “It has to be done all in one motion.”

The athletes will be hoping that their hard work pays off when the time comes to compete, but whatever happens they are looking forward to the experience.

“We have a good team,” said Ciara, “but as for competition hopes it depends what we do on the day.”

That said, getting to compete in Italy does have some perks...