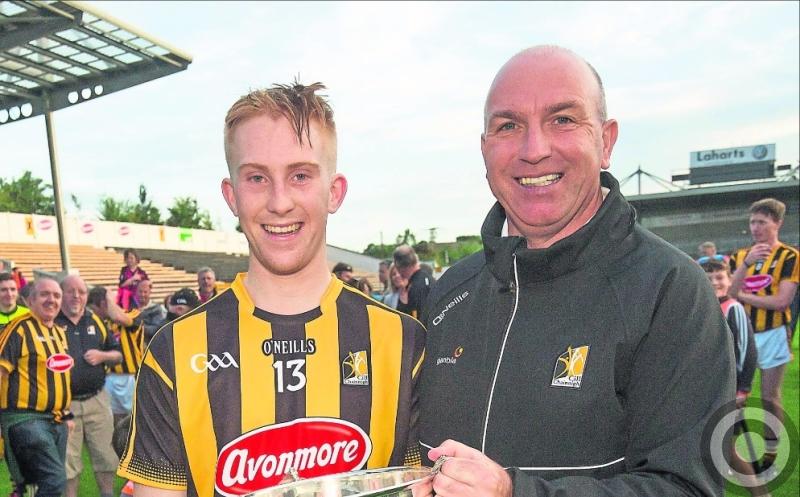 Go out with a bang! That is the challenge from Kilkenny intermediate hurling team manager, Anthony McCormack, to his troops who face Cork in the All-Ireland final in Pairc Ui Chaoimh on Sunday (2pm).
The Cats, current holders of the title, have never put All-Ireland wins back-to-back at this level, so they have been urged to go for it.
“It is hard to believe Kilkenny have won only four All-Irelands at intermediate level,” reminded the Dunnamaggin clubman after the Noresiders blitzed Wexford in the Leinster final to qualify for the big shoot-out.
“We never won back to back titles. We have a chance to make a bit of history now. If this championship is never played again, wouldn’t it be some way to leave it?”
Only Kilkenny, Wexford and Cork entered the championship this season, so there is every chance it might be discontinued and this could be the last final.
“We lost nine intermediate All-Ireland finals and won four,” Mr McCormack continued. It’s not a great record but I’ve no fear but these lads will do themselves justice in the final.
“Cork are coming into the game not knowing what they have to offer. We don’t know what they have to offer, but we know our players have the chance to make a bit of history. There is the added incentive of trying to beat Cork on their own patch.”
Mr McCormack described the victory over Wexford as “good”, and he felt the team performed well after getting to know each others game.
“It was the first time the team played together, so the slight difficulty at the start was understandable,” he added. “Once we got moving we opened up and things went well. The players can be very proud.
Skilful bunch
“They are a skilful bunch of lads. There is a good mix there. There are some there with an eye on a bigger prize; maybe to make the under-21 team or breaking into the senior panel. It is a great shop window for players. The players took the opportunity well.”
He said the championship was a good one, and he pointed out that eight players who featured in last year’s final were part of Brian Cody’s senior squad of 34 this season; six of them played in the National League.
“If a lad can perform at this level he can get himself noticed,” he said.
Mr McCormack and his fellow selectors, Dave O’Neill, John Brennan , Pat Dwyer and Declan Gahan picked an all new panel of players who were not part of any other county squad.
“We decided that was to be the approach,” he revealed. “We weren’t instructed to do it. We said we would give 30 or so lads a chance. They are training well and the spirit is great.”
The healthy spirit off the field came through in the team performance, he insisted, and he was hoping for more of the same in the final.
“The players are still only getting to know each other,” he continued.
Initially the final was fixed for August 5, but the GAA then moved it to Sunday week as part of the programme with the Waterford/Wexford All-Ireland quarter-final.
“The option was there for us to go for the fixture, so we said we would take it,” Mr McCormack said. “It will be a great opportunity for the players. Last year the All-Ireland final was played in front of 2,000 people in Thurles and that produced the atmosphere of a cemetery.
“This time there will be a lot of people in early, and there should be a great atmosphere. It is great exposure for the lads. The players were buzzing after the Leinster final. These lads are very proud to wear the county colours. It means a lot to them.”