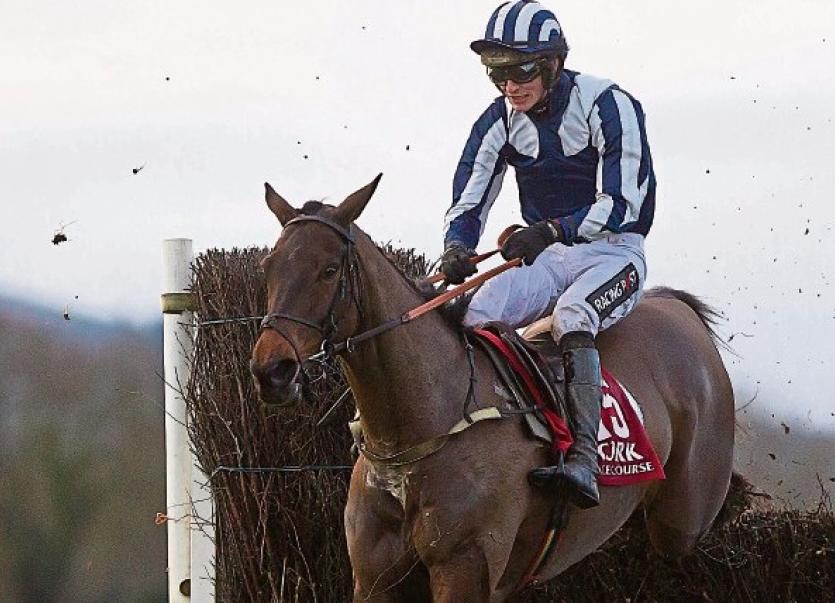 Galway continues and these are the horses our expert is backing on Day 4.

13:40 - JUST CAUSE (13/2) is a solid option here based on his most recent start. He tends to be unreliable but he was four lengths second behind THE WEST'S AWAKE last time, and that rival went on from that to win a novice chase at Limerick by nine lengths. BALLELA BOY looks a danger under Davy Russell.

14:15 - TOWNSHEND (15/8) is the hotpot here for Willie Mullins and Ruby Walsh based on his recent win at Roscommon where he had three of today's rivals behind him. DON'T TOUCH IT (3/1) is living up to its name in the market as it drifts in price, but I'd tend to side with the Jessica Harrington-trained runner. He was ultra impressive at Punchestown in April and has had a break since. He has won or finished in the front three in each of his last 14 runs. He's only ever run 15 times in his career. He finished fourth on debut. He could be a special chaser.

14:50 - It's worth taking the risk that Dermot Weld will finally shake off a bad week and win with ACE OF DIAMONDS (11/1) in this one. He has had one run this season, and it was a winning one at Leopardstown in April. He had the likes of LIGHT THAT behind him and the race has worked out fairly well. ACE OF DIAMONDS is likely to have been waited with for this race and could easily outrun his odds.

15:25 - MUSIC BOX is the favourite here at 4/1, but I would go for ORANGEY RED (10/1). The selection beat MUSIC BOX by half a length in June, and and has done little wrong since. MUSIC BOX has been on the road longer this season and is perhaps more hardened, but ORANGEY RED is capable after a strong run at Chester in July.

16:00 - This could be a match between Willie Mullins' LAC KIVU (4/5) and Joseph O'Brien's BHUTAN (5/1). At the prices, LAC KIVU is unbackable for regular punters, but even if I was offered 4 or 5/1 on it, I'd still favour BHUTAN. LAC KIVU's eye-catching run came last time out when he beat CINEMA DE QUARTIER by 13 lengths. However, that rival was fully 27 lengths behind HOUSESOFPARLIAMENT here earlier this week, putting a dent in the form of LAC KIVU. BHUTAN beat HOUSESOFPARLIAMENT on debut, albeit on the flat, and has run credibly since. He was out of his depth on hurdling debut when going down to MEGA FORTUNE but followed that with a win over timber at Tipperary on July 23.

16:35 - Willie Mullins's AIRLIE BEACH (11/1) is interesting for me here. This horse won her first seven career races, including a Grade 1 hurdle at Leopardstown last December. She has run with credit against future stars like APPLE'S JADE and LET'S DANCE since, and off a nice weight now, can make her presence felt under Paul Townend. This race is one of depth and a case could be made for maybe ten runners. Each-way backing is advisable and AIRLIE BEACH is as good an option as any.

17:15 - CAMLANN (5/2) could be the bet of the day here for Shark Hanlon and Pat Smullen. He's run at this track on six previous occasions and has never been outside the front four. He won off a rating of 100 here in 2016 and after a lengthy and very credible hurdling campaign, he could be extraordinarily well-treated by the handicapper back on the flat. He is a big shout in my book.

18:00 - DAYNA MOSS ran here earlier in the week and could well do better than that fourth-placed effort, but I'd ignore her in favour of ALL GOOD THINGS (9/2). This one ran well on its only racecourse start to date, finishing ten lengths behind LIGHTHOUSE WARRIER at Punchestown in May. The current favourite PEACOCK'S SECRET (5/4) also has form with LIGHTHOUSE WARRIER, finishing three lengths behind him in a different race at Punchestown in May. Although PEACOCK'S SECRET would appear to be closer to this yardstick than ALL GOOD THINGS (9/2) on that form, it's important to know that his run behind that rival was on debut and massive improvement is due now. I expect a bold bid.