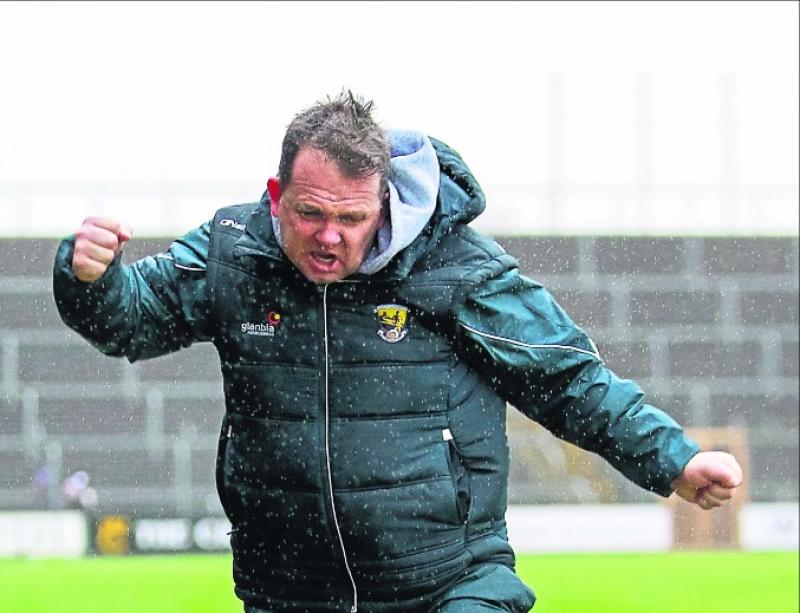 Interesting and apposite quote from Anthony McCormack after last week’s All-Ireland intermediate hurling final at Páirc Uí Chaoimh.
“The days of traditional 15-on-15 hurling are possibly gone,” the victorious Kilkenny manager said. He’s right. The sooner a few people come to terms with this reality, the happier they’ll be.
Grumble about Waterford and Wexford and their spare defenders all you like. Many people in these parts have.
But the first step in any discussion of the methods of Davy Fitz and Derek McGrath is to acknowledge that Wexford and Waterford are not Kilkenny and Tipperary and shouldn’t be compared to them. Apples and oranges. Different strokes for different folks.
To claim that Wexford will “never win an All-Ireland playing that way” is to miss the point. Wexford weren’t trying to win the All-Ireland this year.
They were trying to get out of Division 1B and they were trying to beat Kilkenny in the Leinster semi-final. To achieve those targets they first had to make themselves difficult to break down. They did.
No argument, Wexford’s 2017 gameplan, with defenders bombing forward to pick off points from distance, is clearly unsustainable in the long run. This may well be as good as it gets for them under Davy. But that’s a different discussion.
One works with the materials at hand and adapts the system accordingly. Players first, strategy later.
Check out McGrath’s assertion after Waterford’s All-Ireland quarter-final win: “We’re trying to play the game in a manner that suits our players, that we like and they like.” Exactly.
It is not as though either McGrath or Fitzgerald is blessed with a forward line of Ring, Mackey and Keher and refuses, through innate and irredeemable caution, to give them full rein. Do you really think a former forward like McGrath, were he managing Tipperary, wouldn’t be doing what Michael Ryan is doing and ordering the ball to be lorried into the full-forward line as quickly as possible?
In any case it’s a long time since Kilkenny deployed in orthodox 15-on-15 fashion themselves. Look at Walter Walsh’s role this summer: an extra midfielder. Look at Eoin Larkin in recent years: a wing-forward when his team had the sliotar, an auxiliary wing-back when they hadn’t.
At their peak, Brian Cody’s Kilkenny were careful to observe a defensive mindset in their own half of the field. They weren’t opened up for fully five years, between the 2005 All-Ireland semi-final against Galway and the 2010 All-Ireland final versus Tipperary, because they killed space so well.
Half-back line on top of the full-back line, midfield shielding the half-back line, wing-forwards dropping back on the opposition puckout.
The Mick Dempsey school of defending. It worked brilliantly. But time has moved on and folk on Noreside need to move with it.
For instance: should Kilkenny have employed a man in front of the full-back line against Tipperary last September when the house was falling down around them in the second half? Of course they should.
Similarly, might Tipp themselves do the unthinkable and deploy an extra defender in front of that leaky full-back line of theirs next Sunday?
They probably won’t, but you can bet your life that Michael Ryan has at least contemplated the possibility. He’d be in dereliction of duty if he didn’t.
Instead of griping about sweepers and seventh defenders, Kilkenny hurling people, and by extension Kilkenny hurling, need to engage with the concept. If I were the county’s coaching overlord I’d be insisting that the county development squads and teams from under-15 upwards rehearsed playing with and against a sweeper.
Why? Obvious. To broaden their horizons. To add to their grasp of game management.
Above all, to try and ensure that in five or six years’ time, when some of them have graduated to the inter-county arena, Kilkenny are not still ramming the ball down the throat of Tadhg de Búrca or whoever the opposition’s spare man is.
The days of traditional 15-on-15 hurling are gone. Ask Anthony McCormack.
I’ll leave you with this. Has the county’s success under Brian Cody made Kilkenny people by and large think more deeply about hurling? Or has it made them by and large think less deeply about it?
You decide.