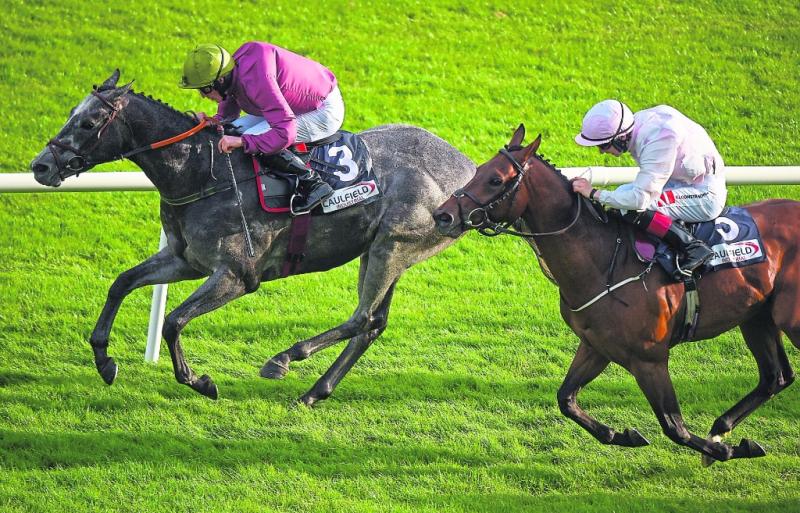 The Galway Races continue into Day 5

17:10 - GOLDEN SPEAR (3/1) has more miles on the clock, but I would side with MONARCH (5/1) here for the in-form Joseph O'Brien and Barry Geraghty combination. MONARCH was a useful sort on the flat for Joseph's father Aidan before making the switch to the young handler's yard, and with this pair already in the winner's enclosure on a number of occasions this week, it's worth taking a risk on the lightly raced four-year-old, who is improving with each passing run over hurdles.

17:45 - Michael O'Callaghan's string are in scintillating form at Galway this week and he partners up with Pat Smullen in this one to run MILITRY DECORATION (11/2). This represents the horse's second career start, having made his debut behind FLEET REVIEW in a decent maiden at the Curragh on July 29. That's a nice warm up for this and O'Callaghan's horses have been stripping much fitter for their second runs. The booking of Smullen is a major plus.

18:15 - MR BOSSMAN (20/1) is a good eachway option in a race with 20 runners, especially given his most recent start. He was just a head second to PHIL'S MAGIC, who is the 9/1 second favourite in this race. That is despite the fact that MR BOSSMAN gets a nice swing in the weights with that rival from that previous encounter, and the fact that he had a number of these rivals behind him that day too.

18:50 - WHISKEY SOUR (3/1) is hoping to follow a storming win here earlier in the week with another bold bid, but I would take him on with COOK ISLANDS (12/1), yet again for Joseph O'Brien. At that price, he can easily be backed eachway by even casual punters, and comes into the race with good form. He was a good performer on the flat, and has already beaten MONARCH over hurdles this season. He was seven lengths behind ROBIN DES FORET last time out, and had OAKLY, a winner here this week, behind him on that occasion.

19:25 - MUNIZA (4/1) could finally give Dermot Weld a winner this week in an ordinary looking maiden. This Sea The Stars filly showed good ability on debut when finishing a close second to KAMILI at the Curragh. She's up significantly in trip now, which may well suit her, and given her breeding, she could be a classy sort in time. HIGH LANGUAGE is a danger for Joseph O'Brien.

19:55 - A number of these ran here earlier in the week, as is common at Galway, and one such runner is DELEGATING (9/2). I think this one can improve on its third place finish on Monday. He has the help of a seven-pound claimer which will bring him closer to the weight carried by some of his more fancied rivals, and with his yard in good form, a big run is expected.

20:25 - A risk is taken here with TED VEALE (11/1), a horse that hasn't run since finishing down the field behind CLONDAW WARRIOR in last summer's Galway Hurdle. Despite that poor effort, this horse is a bit of a Galway specialist. In seven runs at the track, he has only finished outside the front three on two occasions. He had finished second to SWAMP FOX, and ahead of the likes of RENNETI and BENKEI in a two-mile handicap at Galway three days prior to his 2016 hurdle capitulation. If he's fresh after a lengthy lay-off, he'll be bang there at the line.