THE PUNTER'S EYE: Tips for the Galway Races over the weekend 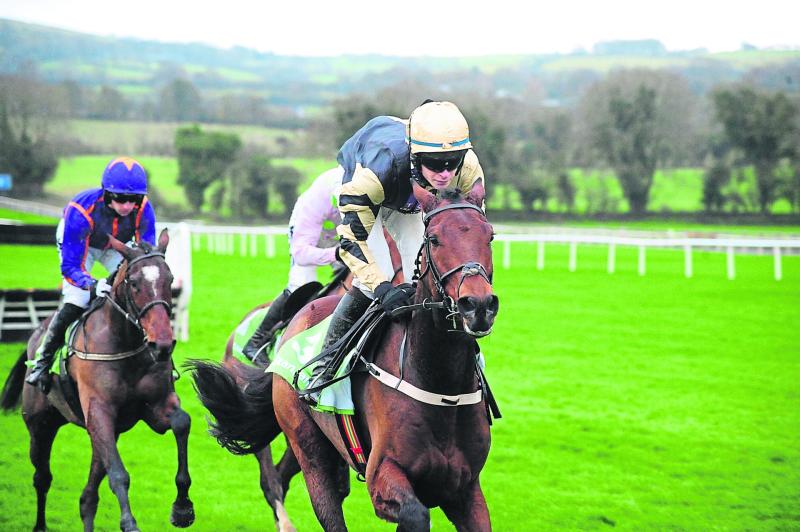 Top tips for the Galway Races 2017

As the week-long Galway festival continues, these are the best bets for the weekend (Day 6 and 7) at Ballybrit, according to our racing pundit.

Saturday's card at Galway throws up some interesting races, and MINE NOW (12/1) is a solid option in the 15:05 contest. He wasn't far behind SWAMP FOX at Ballinrobe in May, and that rival has already placed in two separate races this week, including a great runner-up run behind TIGRIS RIVER. The soft ground expected will be in this one's favour and on top of being handed a fairly manageable weight, he'll have the benefit of a seven-pound claimer on board. SEA LIGHT is a big danger, as is TELLTHEMNUTTIN who comes here in search of a hat-trick.

The 16:15 is a competitive race where DEEP BREATH (2/1) has a good chance. Joe Murphy trains this one and he couldn't be in better form. He's had winners here all week and this runner comes in with a couple of good runs to his name. He beat Johnny Murtagh's SANKARI ROYALE at Fairyhouse on debut and followed that with a decent third behind GOLDEN SPELL at the Curragh in July. Good yardstick, SUMMERSEAT MIST, was behind this one that day, so he should go well.

Looking ahead to Sunday, DEFINITE SOLDIER (25/1) is a big price and is an admirable outsider in the 14:45 race at Galway. This horse has its quirks, shown here by the application of a tongue strap, but his two most recent runs are eye-catching. Although falling last time, he was leading and putting in a big race before coming down three from home in a race won by PHIL'S MAGIC. In the run prior to that, he was ahead of PHIL'S MAGIC in finishing second to ROCK ON FRUITY at Limerick on July 9. A seven-pound claimer on board will help and he has the ability to make his presence felt, even at huge odds.

Brian Ellison had a good time of things at Galway in 2016, and DREAM WALKER (10/1) was a particular success. He runs in the 15:55 on Sunday, a race he won last year, and despite finishing third to RIVEN LIGHT during the week, he can get his head in front here again. This horse had an identical preparation last summer when he finished third during the week before going on to claim this prize at the weekend. Ellison is a master, his horses are reliable, and there is a big run left in this one.

Finally, it is worth taking on the two market leaders (SHANESHILL and ROAD TO RICHES) in the big chase race at 16:30 on Sunday with ARBRE DE VIE (8/1). She was quite a distance behind SHANESHILL in the Galway Plate on Wednesday in a race won by BALKO DES FLOS. That race was ARBRE DE VIE's first run since May, however, and the soft ground expected on Sunday at Ballybrit will be right up this his street. ROAD TO RICHES was further behind on Wednesday and will need to bounce back to win here. SHANESHILL is the obvious choice having finished second in the Galway Plate but a risk is taken with Willie Mullins' second string from lower in the weights.