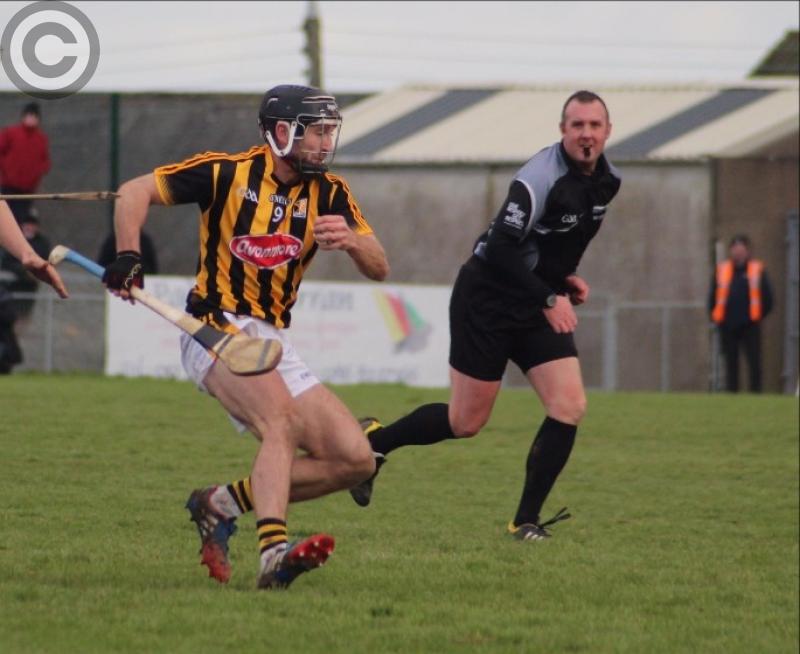 All-Ireland club intermediate champions, Carrickshock took a giant step towards securing their future in the top flight when defeating heretofore unbeaten Erin's Own (Castlecomer) in the senior hurling league in Tom Ryall Park.

A quick hat trick of points from Kevin Farrell and Brian Donovan (2) between the 47th and 49th minute tilted the balance in favour of Carrickshock, who went on to claim their second win of the campaign.
Only minutes earlier Erin's Own looked to be slipping after Donovan added a goal to the lead point shot by John Power to open out a lead of 3-9 to 0-14. However, the 'Comer side bounced back with a goal from Jimmy Byrne to throw the issue wide open again.
But once Carrickshock put the next three scores together, they took control again and never looked troubled afterwards.
There was little or nothing between the teams during the opening half. The scores were level six times before a 30th minute point from a free by Martin Boran earned breeze assisted Erin's Own an interval lead of 0-9 to 1-5.
A feature of that half had been the brilliance of Kilkenny star, Conor Fogarty, at centre-back for the winners. He shot four points, three from play from huge distances, with one better than the next.
SCORERS: Carrickshock - Kevin Farrell (0-6); Brian Donovan (1-2); Mark O'Dwyer (1-1); Darragh Brennan (1-0); John Power (0-2); Damien Walsh, John Tennyson (0-1 each). Erin's Own - Conor Fogarty (0-5); Jimmy Byrne (1-1); Sean Buggy (0-3); Martin Boran, Aidan Moran (0-2 each); Eoin Brennan, Eddie Brennan, Jamie Holohan (0-1 each).