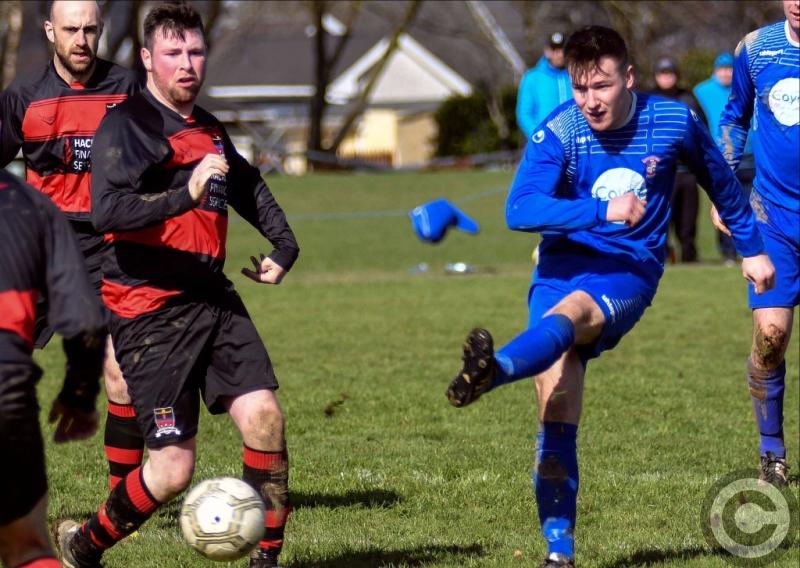 Freebooters striker Emmet Nugent will take on his old club - and family members - when the Blues host Fort Rangers in the Maher Shield this weekend PICTURE: MICHAEL BROPHY

Family loyalties will be tested when the first round of the Pat Maher Shield takes over the Kilkenny soccer calendar this weekend.

In the pick of the ties the Nugent family will have a gathering of their own as Freebooters entertain Fort Rangers on Saturday evening. The match will pit Freebooters striker Emmet Nugent against his father Jim and brothers Eddie and Jim jnr, all of whom are part of the Rangers set-up.

The first round draw also sees the return to junior action for Freshford Town and Spa United, with both clubs coming back into the Kilkenny & District League fold. Also back are East End United, who already have one win under their belts. They beat Paulstown 06 on penalties on Sunday.

The competition kicked off at the weekend, with six preliminary round games. Champions Evergreen were into action early, beating Deen Celtic 2-0, while there were wins also for East End United, Fort Rangers, Freebooters, Newpark and Ormonde Villa.

First round games will be played across Saturday and Sunday, with times to be confirmed.

Pat Maher Shield, round one