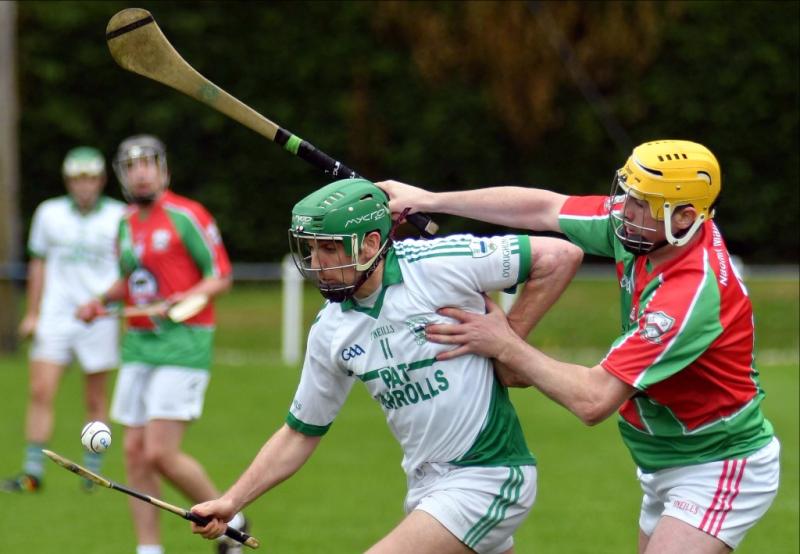 O'Loughlin Gaels will do battle against Dicksboro in an all-city clash for the Kilkenny senior hurling league title.

The Gaels were already assured of their spot in the final, but made they went into it in winning style as they beat Erin's Own (Castlecomer) by 1-16 to 0-17 at a drizzly Jenkinstown this evening Tuesday evening.

O'Loughlin's were smartly away in the first half, with the impressive Paddy Deegan and Paddy Butler getting among the scorers. Shane Mahony also chipped in with a valuable goal, rattling the net in the 18th minute as his side trooped in with a five-point lead at the break (1-9 to 0-7).

Erin's Own weren't about to lie down and accept defeat, and rose their game in the second half. They battled back, getting to within two points (1-14 to 0-15) by the 55th minute thanks to some fine scores from Sean Buggy, but O'Loughlin's sprang Conor and Mark Bergin from the bench to grab the points that made victory safe.

Dicksboro had an impressive win over Clara to finish top of Group B. They led by nine at the interval (0-13 to 0-4) and were never in trouble as they closed out eight-point winners on a 0-21 to 0-13 scoreline.

The Shield final will see Carrickshock take on Clara for the silverware. A one-point win for the Shock, who beat Mullinavat by 1-17 to 1-16 with an injury-time point, was enough to leapfrog Erin's Own for second place. Clara were already assured of second spot in Group B.

The final games of the group stages have also settled the championship draw for 2017. In the opening round of games Erin's Own will play Danesfort while the Rower-Inistioge face Ballyhale Shamrocks.

In the other games, which also double as relegation semi-finals, Mullinavat will play Bennettsbridge. James Stephens will play St Martin's.