Kilkenny under-21 hurling: Time to end the famine, says Brennan 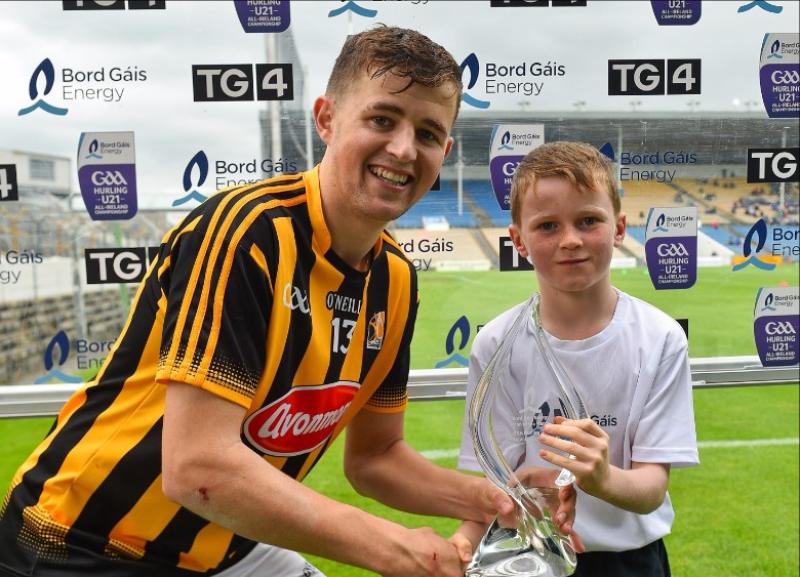 Kilkenny have endured the equivalent of ‘a famine’ at under-21 All-Ireland level in hurling and team manager, Eddie Brennan (inset left) has challenged his charges to end it.
The Cats sailed through to a final showdown with hot shots, Limerick, in Thurles on Saturday, September 9 when hammering Derry in Semple Stadium. It is nine years since Kilkenny’s last success (2008 against Tipperary) at this level.
The county’s last appearance in the final was in 2012, but Clare proved their masters. Now Brennan wants Kilkenny to go full blast as they chase their 12th title.
“The business is done; the hurdle is jumped,” was how Brennan put it after Derry were dismissed with ridiculous ease. “To win and get into the final was what we came here for. We prepared as best we could.
“We would loved to have been given a better test, but it didn’t happen and there is nothing we can do about it. We can only beat what is in front of us.
“We will have to put our heads down now and prepare for the final as best we can against a very, very good Limerick team.”
The Graigue-Ballycallan clubman then reminded that Kilkenny haven’t won the under-21 All-Ireland in a long time, since 2008.
“For me that is a famine for Kilkenny under-21 hurling,” he suggested. “My hope is that the players are sensible and grounded enough to know exactly what they want.
“They have to finish the year with aplomb because otherwise we are going to have to live through a dark winter with the Leinster title as the sole prize to console us. Who wants that?” he asked.
The eight times senior All-Ireland medal winner insisted that there was good competition for places in the squad. In fact, that was part of the reason Derry were made suffer so much - the players wanted to impress the selectors, Richie Doyle (Barrow Rangers), Richie O’Neill (Kilmacow), Bob Aylward (Ballyhale Shamrocks), plus the manager.
“I liked the attitude with which the players approached the match, and how the subs did as well,” Brennan continued.
“For me, everyone put their hand up and said they want to be playing. That is what we the selectors want. There are eight or nine other guys who didn’t get to tog out today. I presume they are going to come to training with the same attitude they saw from the players today.
“That is what we want. We have to now try and get to a serious pitch at training. We will have to zone in on that and work as hard as we can to be right for the final.
“Everyone was trying big time to let us know they want to be on the team.
“That chance is there for everyone in the squad. I would have faith in any of the lads to come in and do a job. The next few weeks are vital.”
Limerick, he insisted, will present a massive challenge after scoring an impressive 2-23 to 2-19 win over Galway.
“We will probably go in as underdogs against Limerick, who were a hard to credit 1-6 on to beat Galway,” Brennan presumed. “They are impressive, a very, very good side.”
The former attacking star admitted there was no real pleasure in beating Derry so heavily. It was actually sad, he felt.
“Ideally we would love to have taken it easier, but you can’t,” he said. “You have to be positive and go for it in an All-Ireland semi-final. The game didn’t serve hurling well.
“It was history for Derry to win the Ulster title, but it was sad their season has had to end so badly. Unfortunately, that is the way the competition is set up and there is nothing we can do about it.
“We have a massive challenge ahead. All-Ireland (finals) are for winning.
“You get nothing for losing. All-Ireland final appearances don’t come along too easily. We haven’t had one at this level in Kilkenny for a while, so we have to make the best of the chance that lies ahead.”