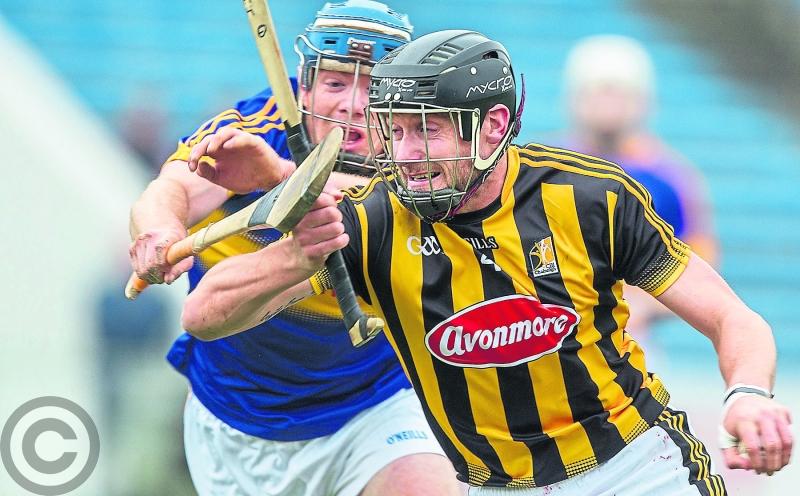 Jackie Tyrrell will launch his autobiography in Langton's on Wednesday night

The role of captain is an honour in Kilkenny, but it offers little protection from the dreaded axe if form is missing.
That was the fate that befell Jackie Tyrrell when he was dropped from the team in the middle of Kilkenny’s 2006 All-Ireland campaign.
In his autobiography The Warrior’s Code, which will be launched this week, Tyrrell lifts the lid on life inside the Kilkenny camp during the county’s golden era.
Such was the competition for places the role of captain offered little shelter - if others were playing better in training, they got the nod.
Tyrrell found himself in that situation before the quarter-final with Galway, revealing his shock when news of the team broke.
“I knew I was under pressure to hold on to my place but getting dropped was still a hammer blow” he wrote. “Getting benched as captain was like a rabbit punch into my gut. I was sickened from the impact but I wasn’t blindsided from the blow because I always suspected it could come.
Fragile
“When I was nominated as captain I wasn’t sure of my place. My confidence as a Kilkenny hurler was fragile. The last thing I wanted, or needed, was more pressure. And now, here it was, being dropped on my shoulders like an albatross.
See this week's Kilkenny People for a full extract from The Warrior’s Code, which will be launched in Langton’s on Wednesday night.