Jackie Tyrrell: "Being dropped from the Kilkenny hurling team was a hammer blow"

When it comes to the Kilkenny senior hurling team nobody is safe from the axe - not even the captain, as Jackie Tyrrell reveals in his autobiography, The Warrior’s Code, which will be launched this week 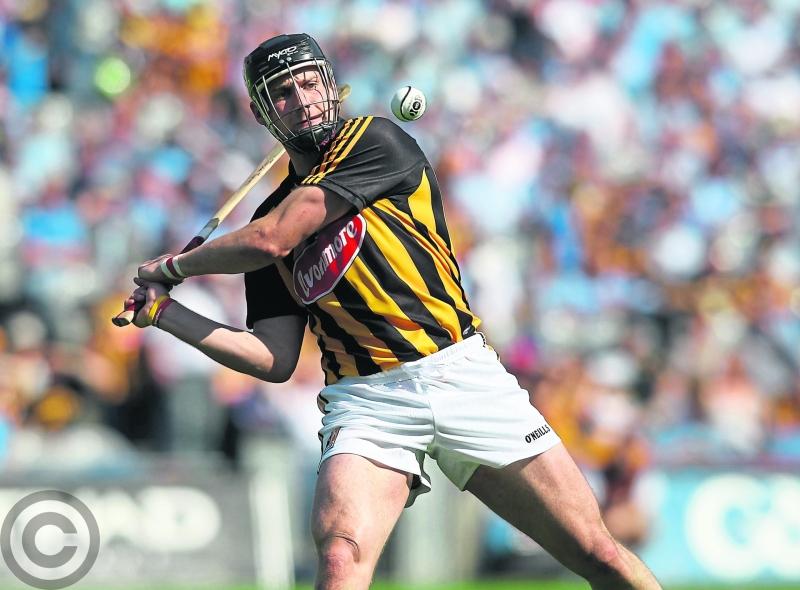 He became a mainstay of the team, but Jackie Tyrrell was unsure of his place when he first came into the Kilkenny set-up PICTURE: JOHN MCILWAINE

The weekend before Kilkenny played Galway in the 2006 All-Ireland quarter-final, we went to Monart Spa in Wexford on a training weekend.
At a team meeting on the Saturday night, Brian laid it on hot and heavy. He wasn’t happy with how some players were performing.
Then James Ryall suddenly interjected: “Well Brian, if ye’re not getting it out of some players, and ye’re not happy with how they’re performing, is it not time for ye to start looking at other lads?”
Brian didn’t say anything. It was a ballsy comment from Ryall. I admired him for challenging Cody but I still thought it was directed at me. I was the team captain but I was struggling at the time. When the team was named for the Galway match later that week, I was dropped. Ryall was my replacement.
I was absolutely devastated. Martin Fogarty clearly noticed my distress. He asked me to meet him in the Springhill Hotel the following day. We spoke in his car. I was happy with that arrangement because I didn’t want to be seen among a Kilkenny public fully aware of my situation.
I appreciated Martin reaching out to me. I don’t know if Brian asked him to speak to me. I’m not even sure if he knew about the meeting but I’ve no doubt he was aware of it afterwards because I was on the floor.
I knew I was under pressure to hold on to my place but getting dropped was still a hammer blow.
Getting benched as captain was like a rabbit punch into my gut. I was sickened from the impact but I wasn’t blindsided from the blow because I always suspected it could come.
And it just confirmed every fear I always had about the captaincy.
Savagely determined
Brian absolutely loved Peter Barry. Of all the players he managed over the years, Peter was his favourite.
It was more than just club loyalty because Peter was the ultimate expression of everything Cody believed in; honesty, animal work rate, supremely focussed, savagely determined, an abhorrence for the media, intensely committed to James Stephens as much as Kilkenny; an absolute dog.
Brian rarely referenced feats of courage or inspirational leadership from the players. That was a standard expectation anyway from Brian but he often told the story of Peter’s doggedness and bravery against Wexford in 2003 as an example to the rest of us.
Peter got a belt in the balls. One of his testicles was as inflamed as a turnip. The Kilkenny team doctor Tadhg Crowley wanted to bring him to the hospital but Peter refused to go off.
When James Stephens won the county title in 2004, Peter was the natural choice as Kilkenny captain in 2005. Peter lifted the Bob O’Keeffe Cup after we beat Wexford in the Leinster final but his Kilkenny career was over after the All-Ireland semi-final defeat to Galway. Brian hauled him off with 20 minutes still to play and Peter never came back.
When we retained the county title again in October 2005, the realisation suddenly hit me that I was now the most experienced player from the club on the Kilkenny squad. 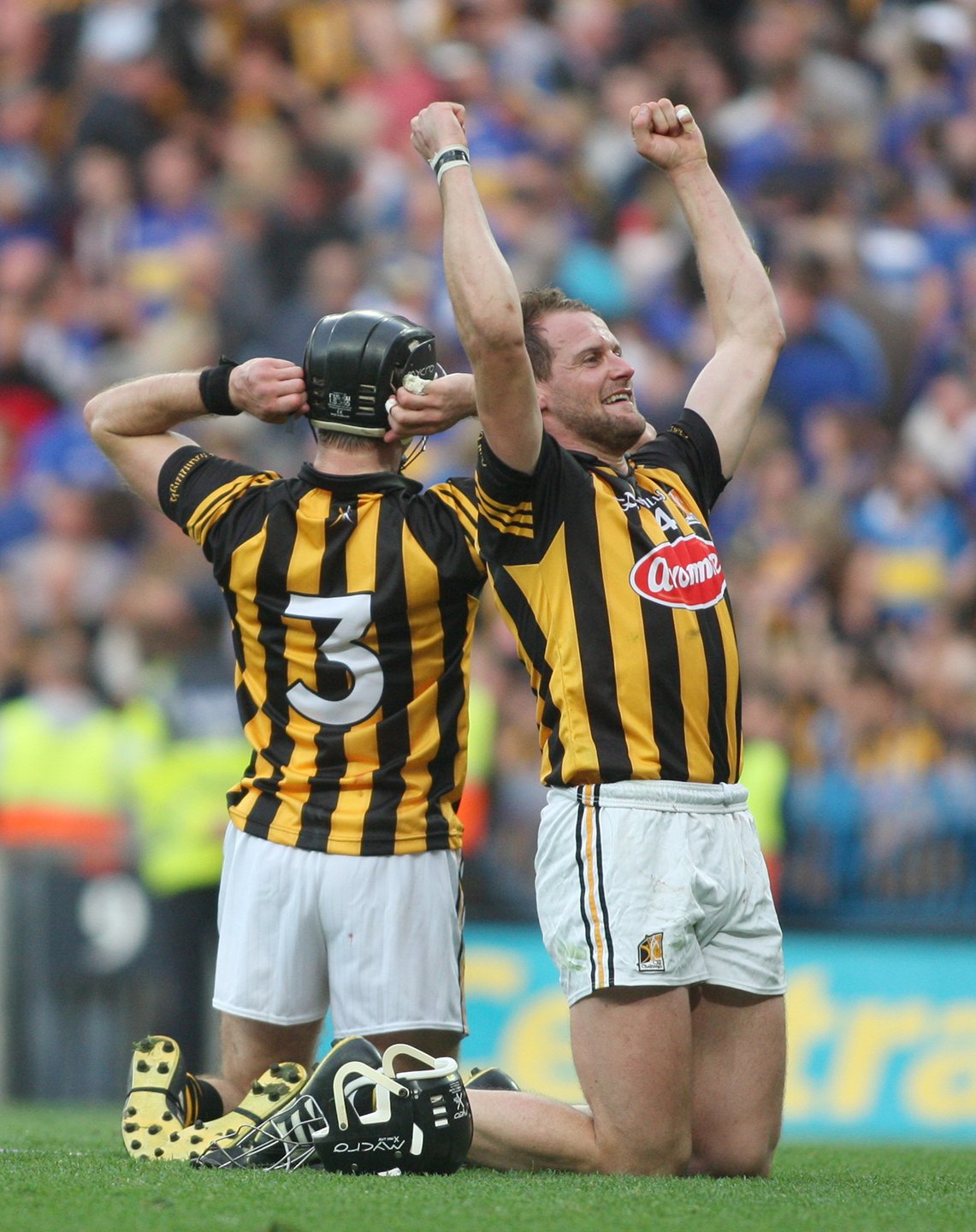 My initial reaction was pure terror. That subsided when I began to realise the honour I was likely to receive but any positive emotion contained a serious asterisk. ‘Jeez, if it does happen,’ I said to myself, ‘it’s going to put me under some pressure.’
It was confirmed shortly afterwards when Jimmy O’Brien, the club chairman at the time, rang me to say that they were proposing me as Kilkenny captain.
In his autobiography, Anthony Daly described the feeling of being asked to captain Clare for the first time in 1992. He said it was like being told ‘some young wan fancies you.’ I would love to have felt that way but I didn’t. My over-riding emotion was fear. ‘What the f**k am I going to do now? How am I going to talk in front of all these lads?’
Fear
The fear was compounded by my instability within the panel. I wasn’t sure of my place. My confidence as a Kilkenny hurler was fragile. The last thing I wanted, or needed, was more pressure. And now, here it was, albeit wrapped up in fancy paper and a bow, being dropped on my shoulders like an albatross.
I didn’t want it. I felt like a fraud.
We won the league that May. I lifted the cup after we beat Limerick in the final but it wasn’t an easy afternoon. Conor Fitzgerald took me for four points. After Henry, he was the highest scorer on the field from play. Fitzgerald turned me a couple of times and I couldn’t get anywhere near him.
I just about survived. I just about got away without being completely exposed. It was great to captain Kilkenny to a national title, but the manner of my performance siphoned a lot of the satisfaction from the experience. It also fed my doubts even more.
About a week later, I went to a media-championship launch in Croke Park. All the other captains were well established, respected inter-county players. I was genuinely wondering if any of them, or the media, actually knew who I was.
I just nodded away. My conversation was loaded with small-talk. It was an uncomfortable experience. I really felt that I shouldn’t have been there, that I wasn’t entitled to be in those players’ company.
Up to that point of my career, I had done nothing to earn that status. When I made my senior debut against Waterford in the opening round of the 2004 league, I got the run-around.
Off The Pace
I wasn’t taken for 2-2 but I was so far off the pace that it wasn’t funny. I remember chasing after John Mullane once and I felt like a snail trying to hunt down a hare. I got nowhere near him. I started wing-back.
The game was in Nowlan Park but a big crowd had travelled up from Waterford. I didn’t expect to be playing the following weekend against Galway but Brian started me at midfield. I was gone by half-time.
I was pure s***e. I was on David Tierney before moving on to Fergal Healy. That was my year done and dusted.
I was like a ghost, nowhere to be seen. I trained away with the squad but I never expected to get near a starting spot.
Being honest, I didn’t want to be anywhere near it. If I couldn’t cut it on a mucky field in February, what chance had I in Croke Park in the Summer? 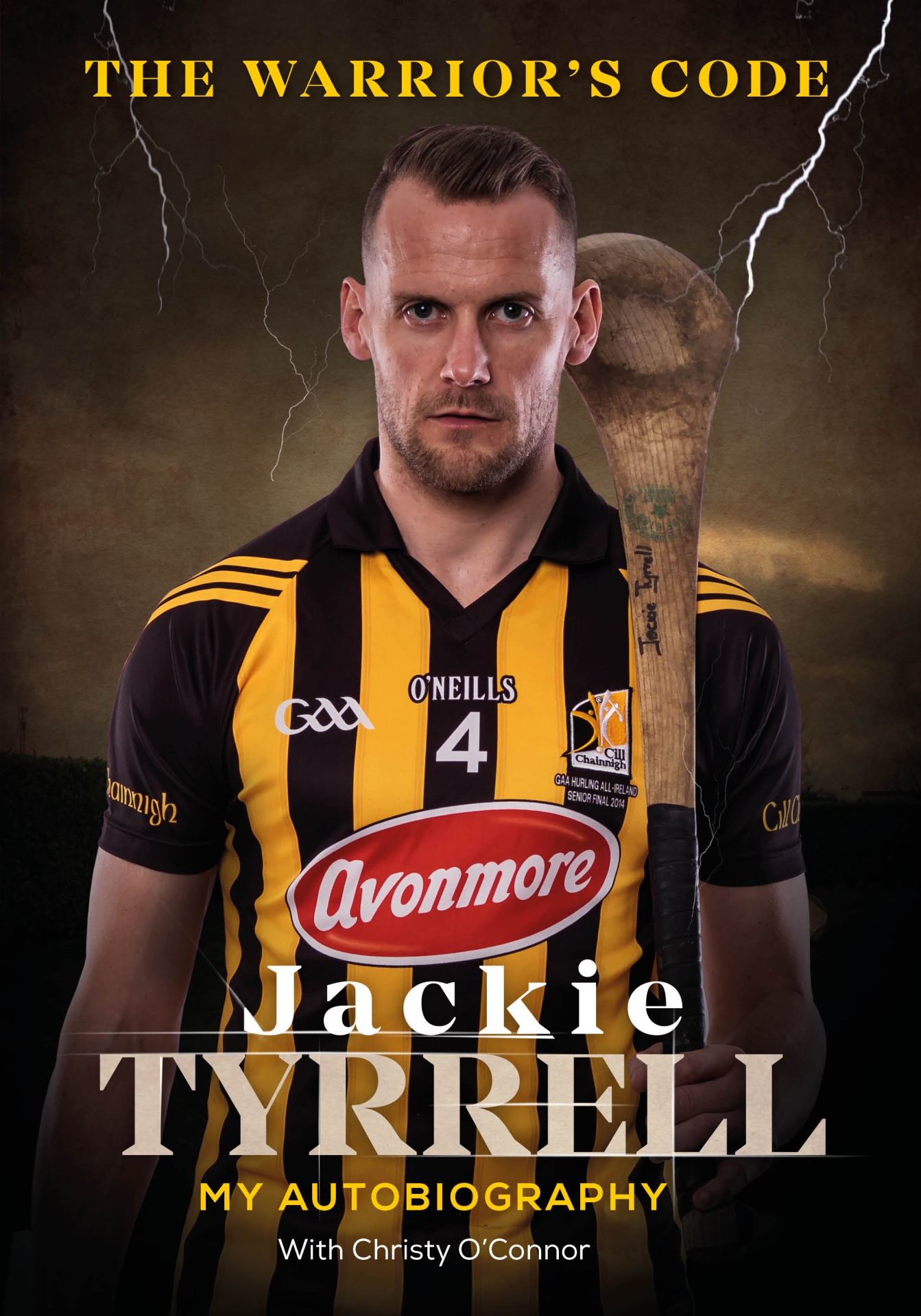 Nine-time All-Ireland winner Jackie Tyrrell will launch his autobiography, The Warrior’s Code, in Langton’s of John Street at 7.30pm this evening (Wednesday). He will hold a book-signing session in The Book Centre, High Street, on Saturday from 10am. Jackie will also be signing copies of the book at the Glanbia Stand at this year’s Ploughing Championships.